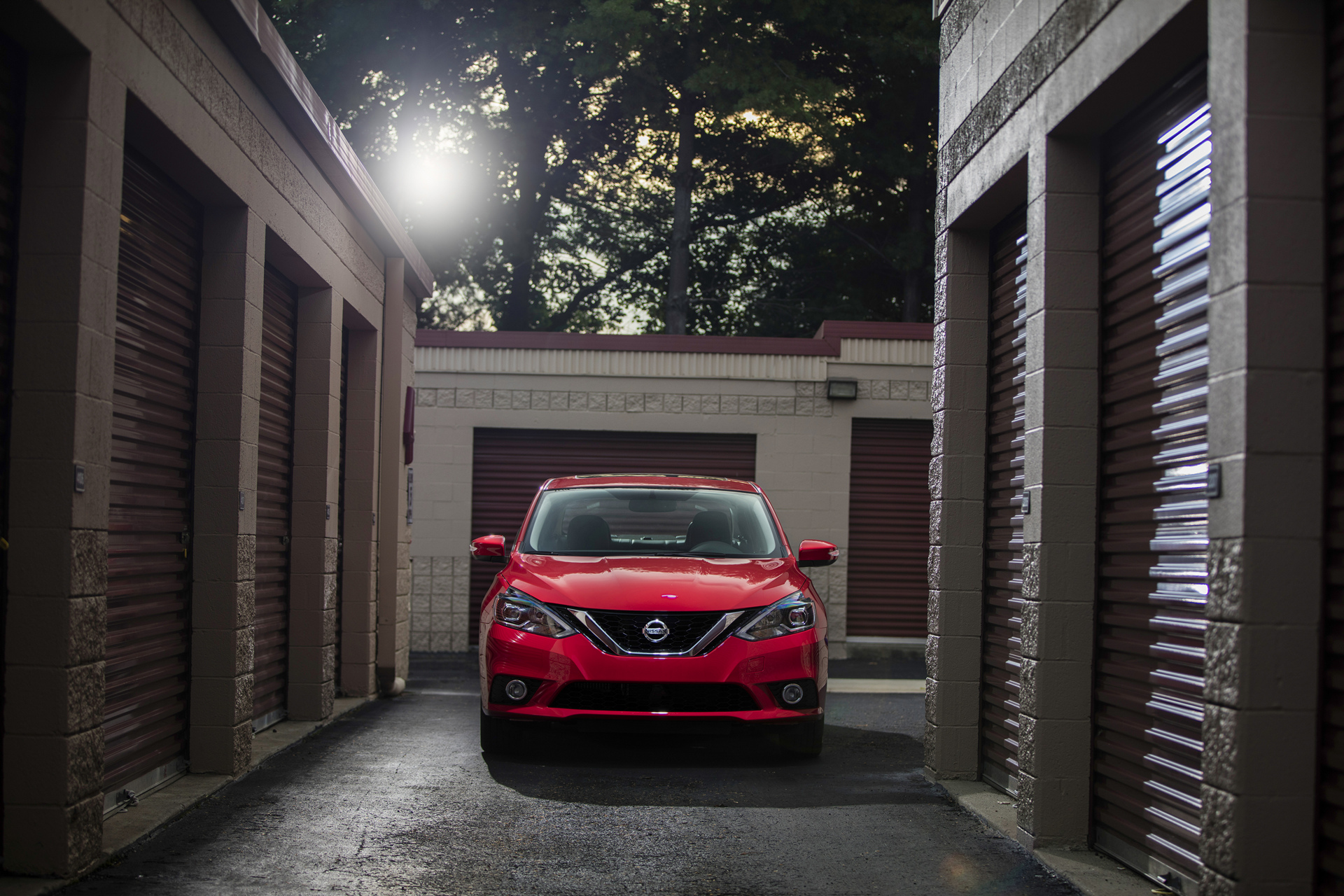 The Nissan Sentra, the company’s third best-selling vehicle behind the Altima and Rogue, has been a mainstay in the compact sedan segment for 35 years and seven generations. Following a consistent stream of product enhancements year after year – along with steadily increasing sales – Sentra kicks things up a few notches – 64, to be precise, if measured in horsepower – with the addition of the new 2017 Sentra SR Turbo. 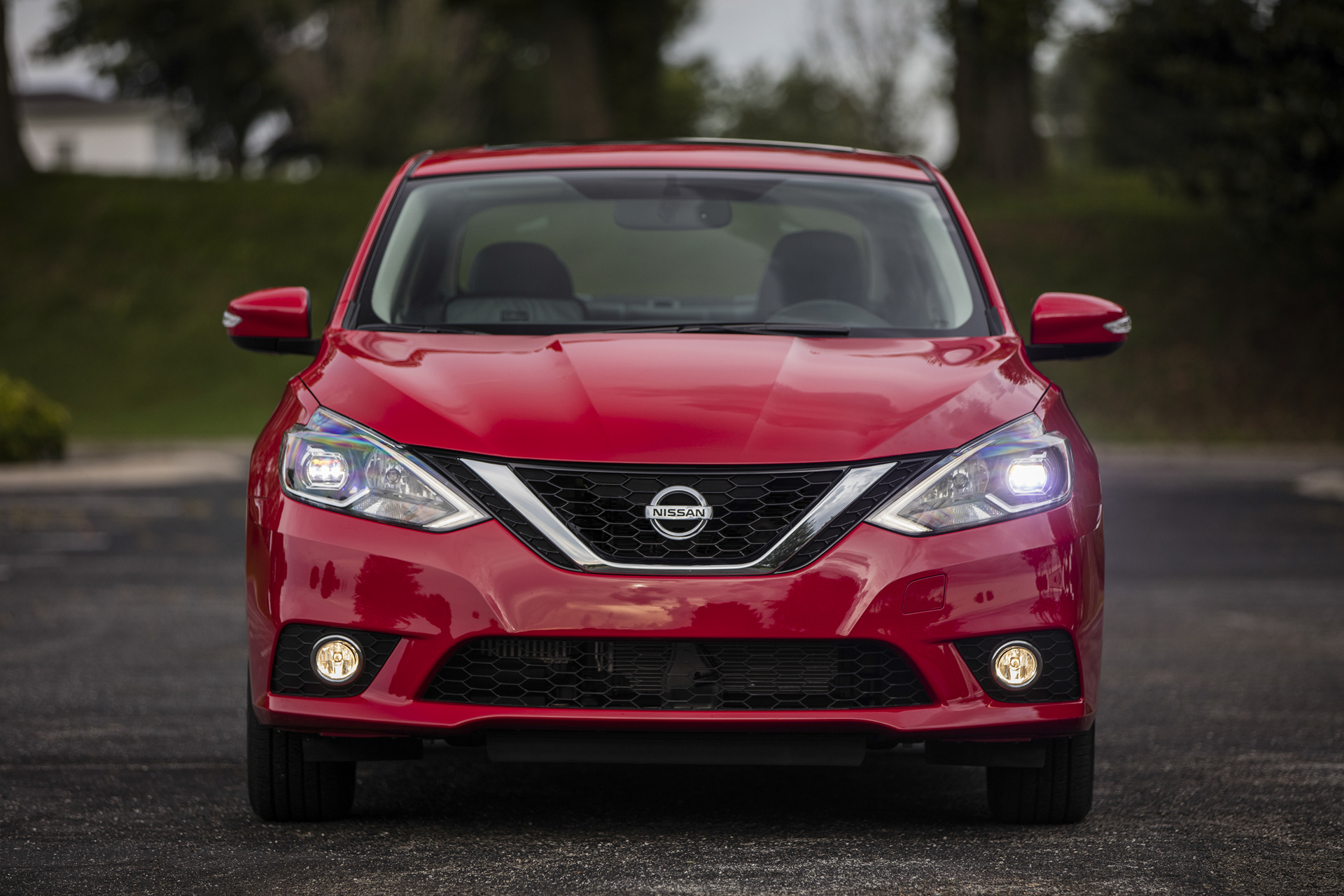 Based on the popular Sentra SR grade level, which accounts for more than 15 percent total Sentra sales, the new SR Turbo maintains the SR’s unique sporty exterior, interior and wheel treatments. Under the skin, however, things get radically different. 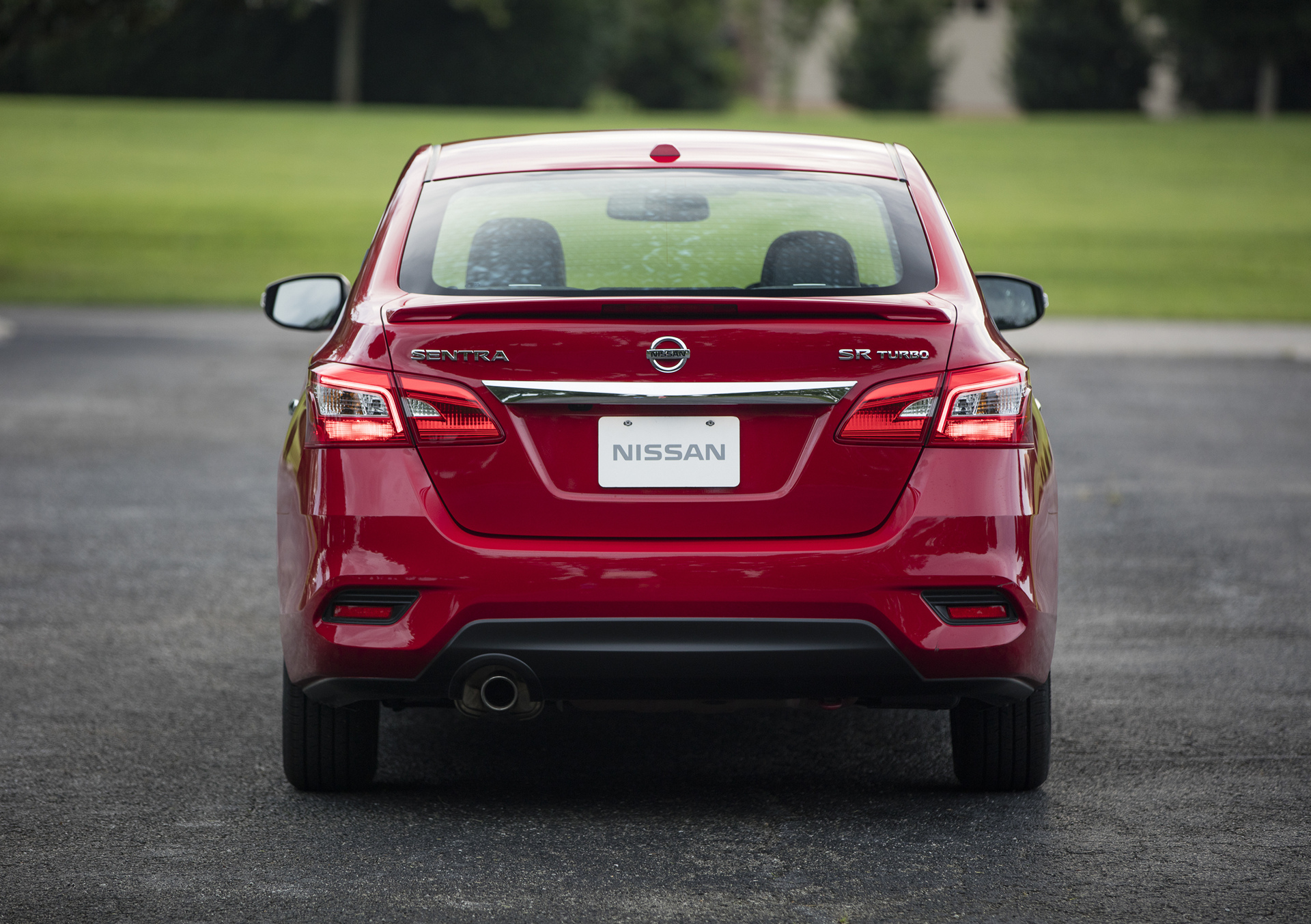 The Continuously Variable Valve Timing Control System (CVTCS) includes an intermediate lock function on the intake side, while the use of spray-coated and mirror-finish cylinder bores (versus the iron liners) provides an estimated 12 percent reduction in internal friction, which also improves anti-knock performance and reduces engine weight. 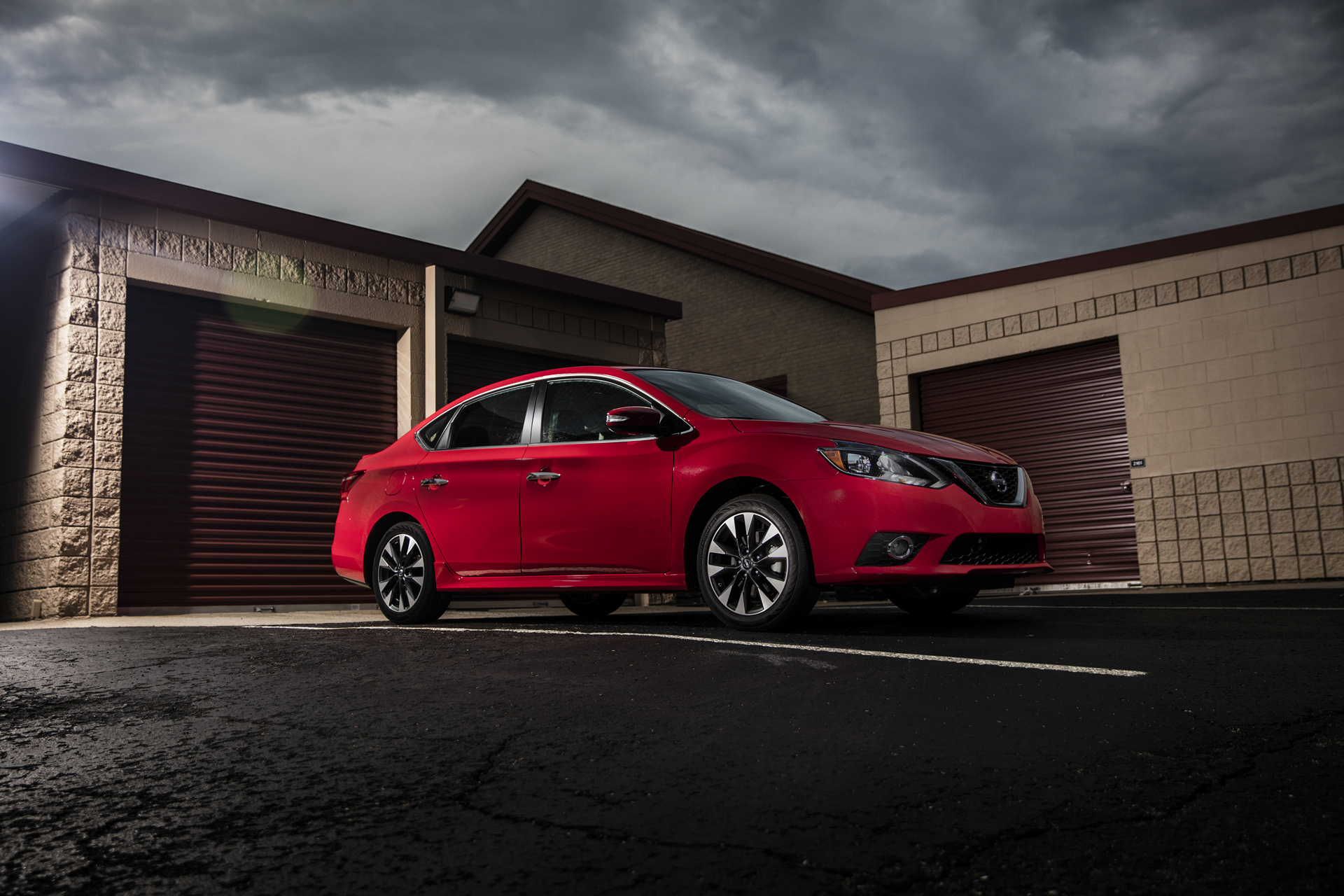 The DIG™ system helps improve combustion, enhancing power, torque, economy and emissions, while the use of the turbocharger and intercooler helps boost power. The variable timing control for both intake and exhaust cycles improves low-end engine response.

As expected of a vehicle with an engine like the 1.6-liter turbo, the Sentra SR Turbo is available with a 6-speed manual transmission, with gear ratios selected to take maximum advantage of the engine’s powerband and torque curve. 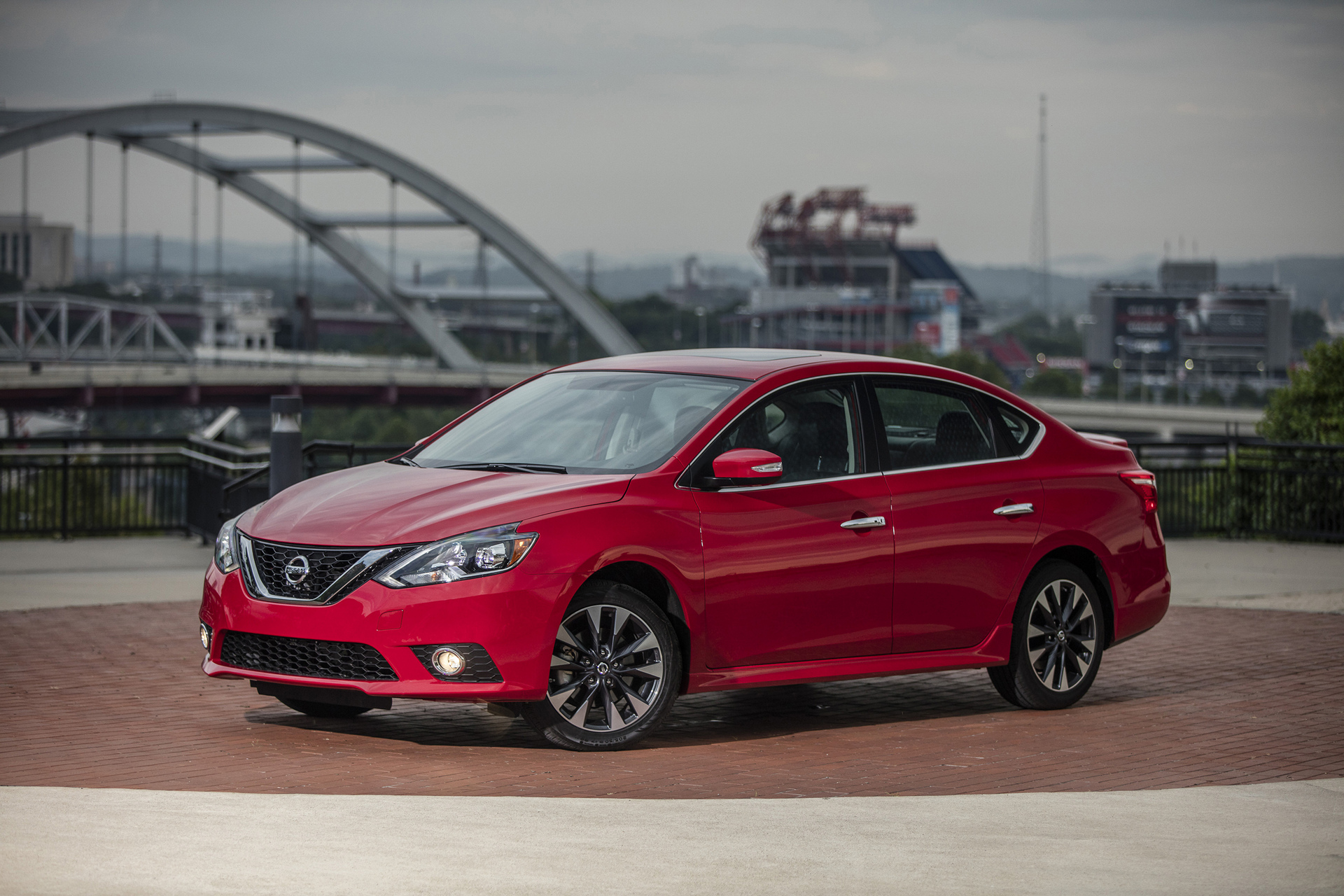 The SR Turbo is also offered with an advanced Xtronic transmission, a version unique to the SR Turbo to match the new engine’s performance. The transmission offers a wide gear ratio range of 7.3:1 through use of a sub-planetary gear and smaller pulleys, resulting in high-speed fuel efficiency and responsive acceleration. The SR Turbo’s powerful acceleration feel is enhanced with the Xtronic’s D-mode step shift program that simulates shifts, giving a more natural acceleration feeling without holding a high rpm constant, letting rpms build as speed builds.

Of course, the new SR Turbo’s performance is not only about the engine. To help handle the increased power and torque, significant changes were made to the suspension, steering and brakes to give the new SR Turbo a great driving feel. 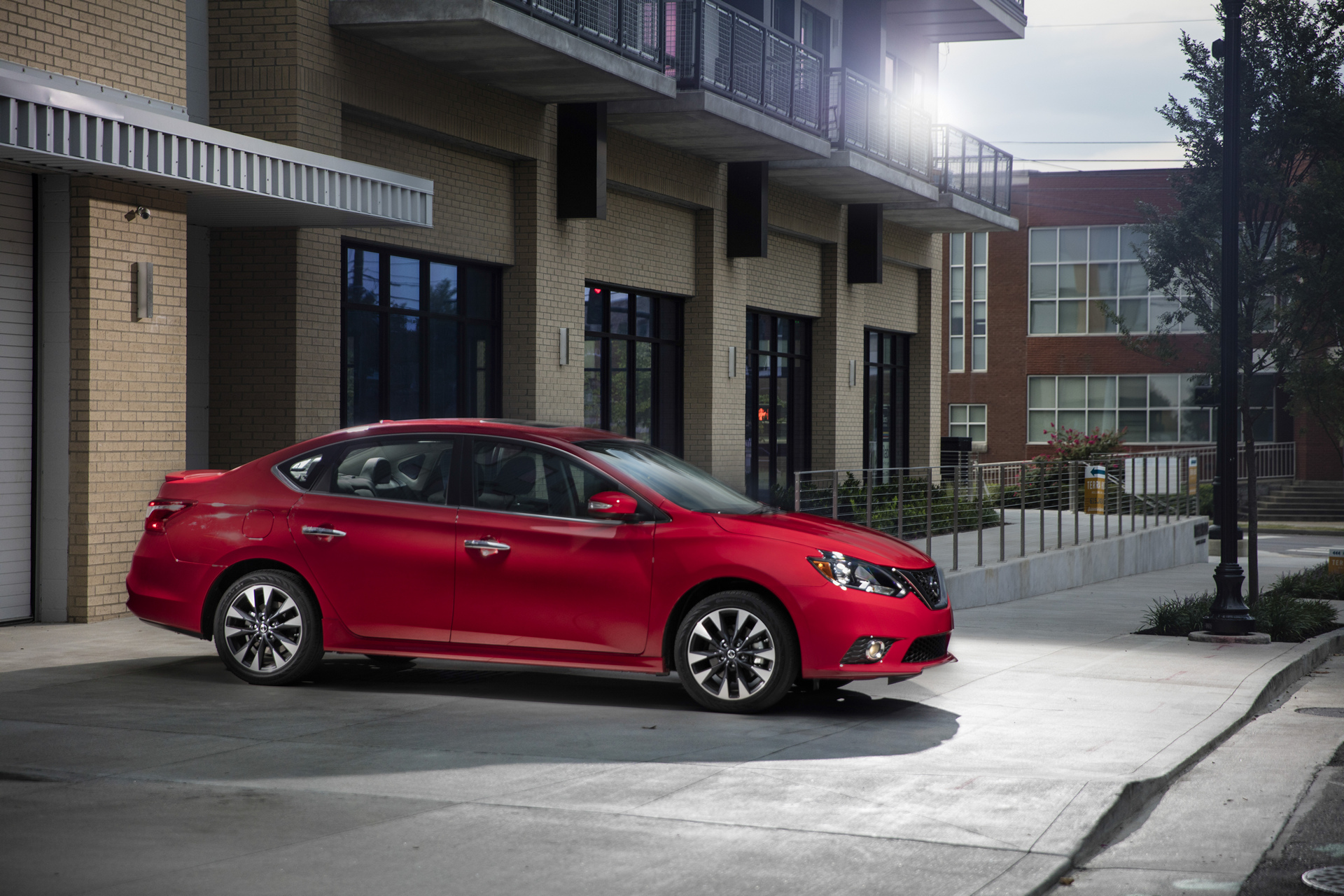 The enhancements to the independent strut front/rear torsion beam suspension are designed to handle the increased power and include a 10 percent increase in front spring stiffness. The SR Turbo-specific front and rear dampers have been optimized for use with the 17-inch wheels and tires – front damping has been increased 23 percent and rear damping by 50 percent.

In addition, the suspension benefits from body enhancements that range from increased front cowl thickness to new steering gear mounting. The Electric Power Steering (EPS) system changes include a larger steering motor and revised electronic mapping to provide a balanced feel between reduced effort at parking and low speed situations and enhanced feedback on highways and winding roads. 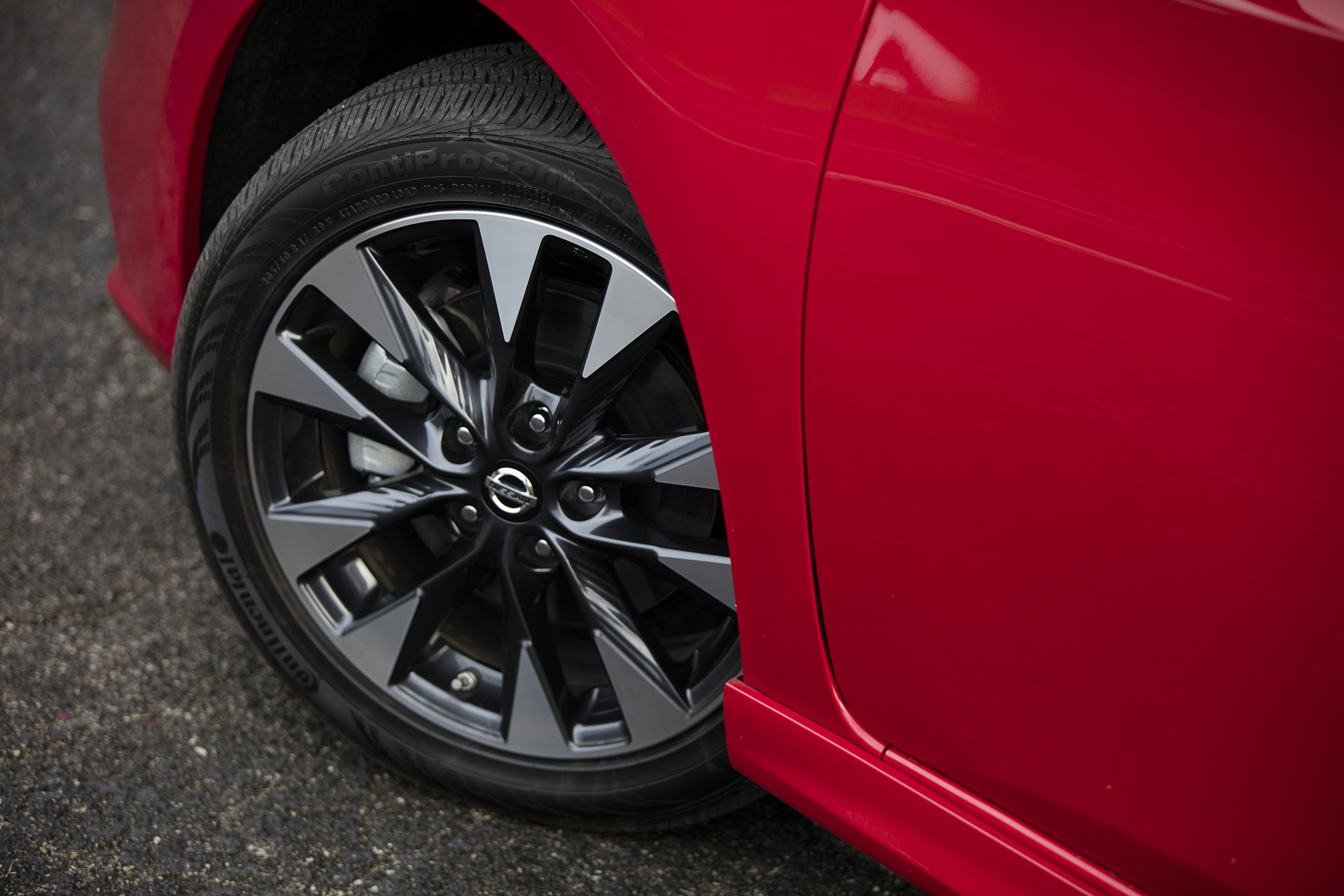 Larger front brakes and calipers are utilized in the SR Turbo’s 4-wheel disc brake system – 11.7-inch vent front (versus the 11.0-inch front discs of the standard Sentra) and 11.5-inch solid rear discs. In addition, the Active Understeer Control system has been optimized for the SR Turbo.

The result of the new powerplant, unique suspension tuning and other enhancements is an improved acceleration feeling from standing starts and highway passing, along with improved handling response and enhanced ride comfort. 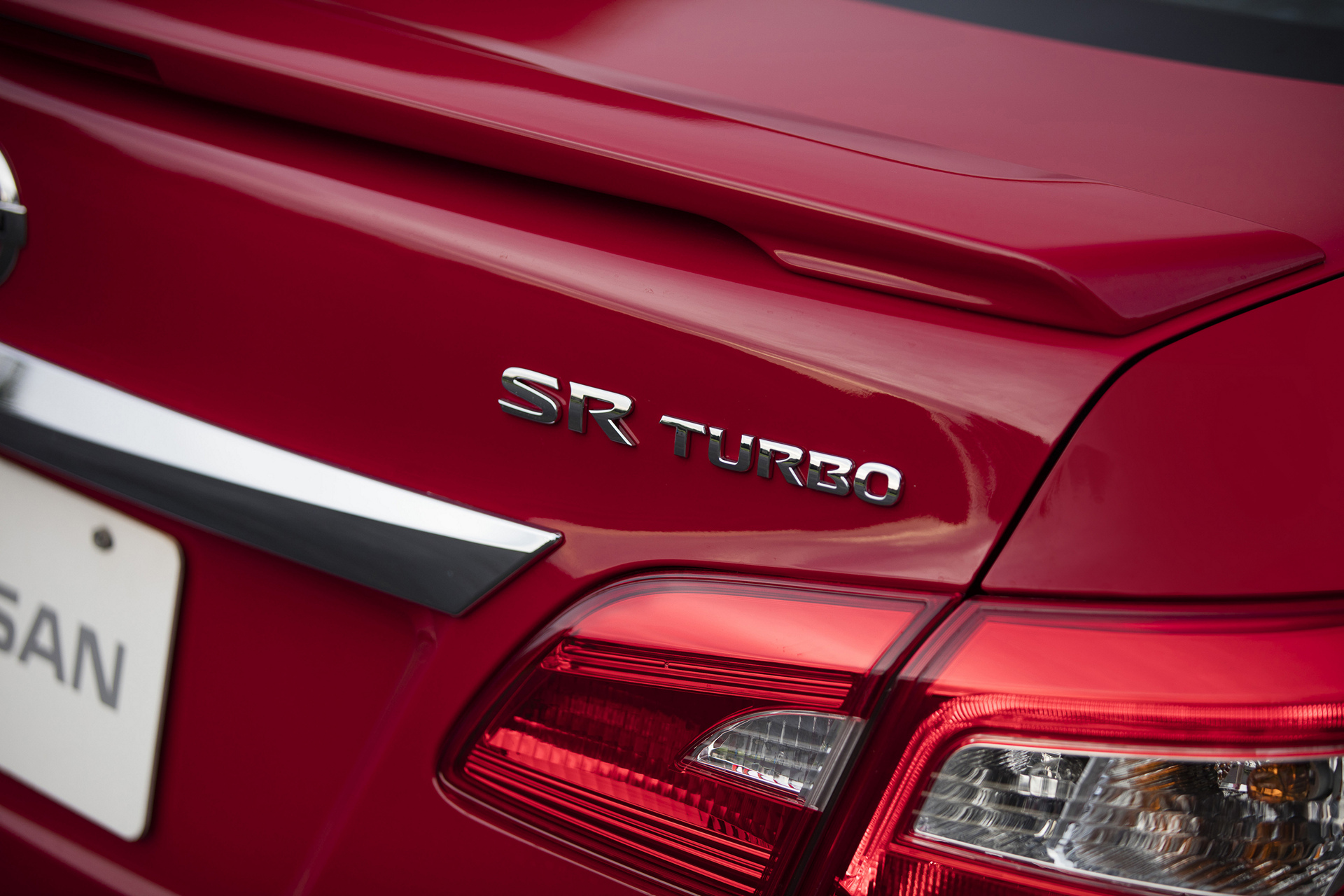 Other enhancements to all 2017 Sentra grades include improved interior quietness due to increased front and rear window glass thickness and nearly double the storage capacity in the front center console. 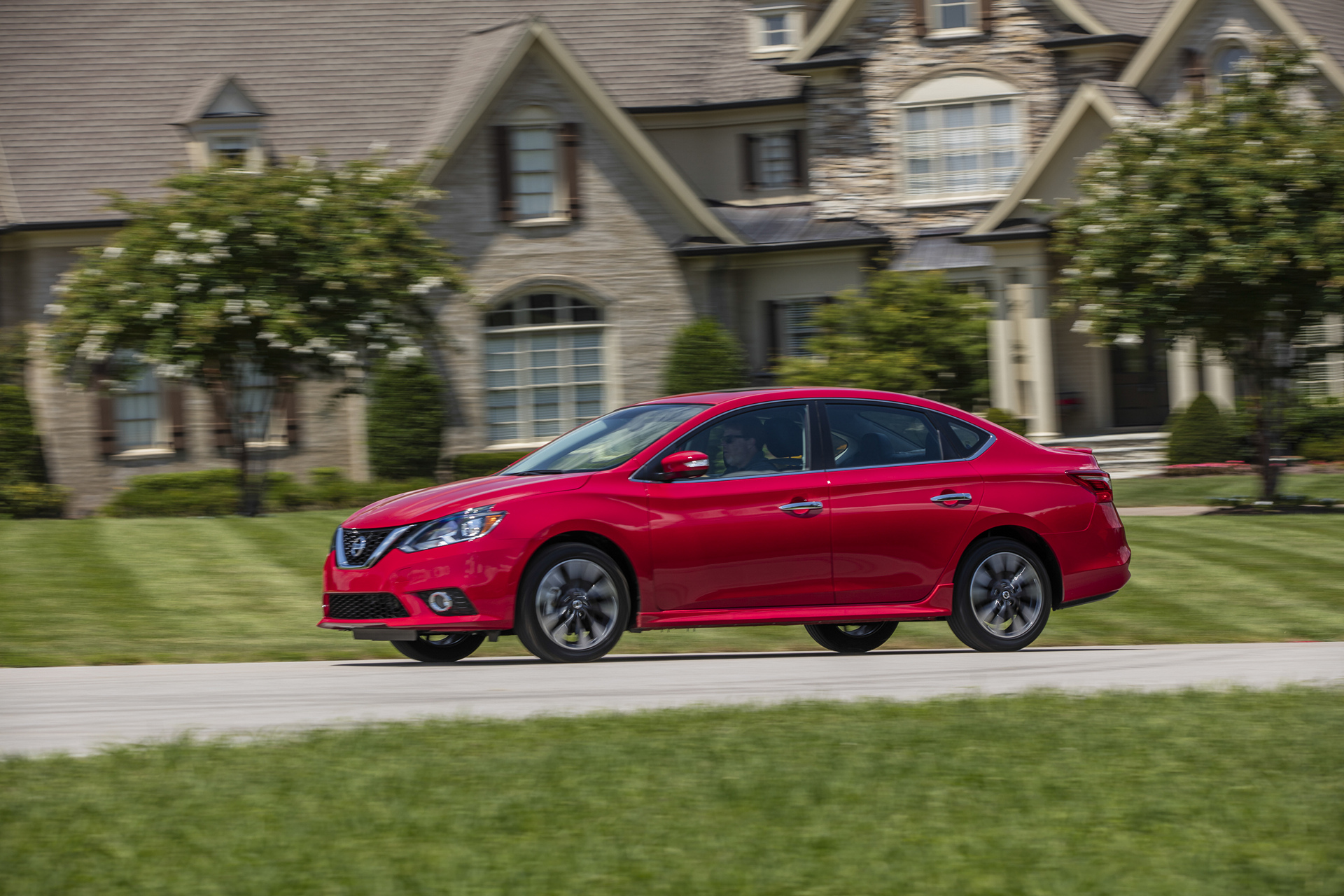 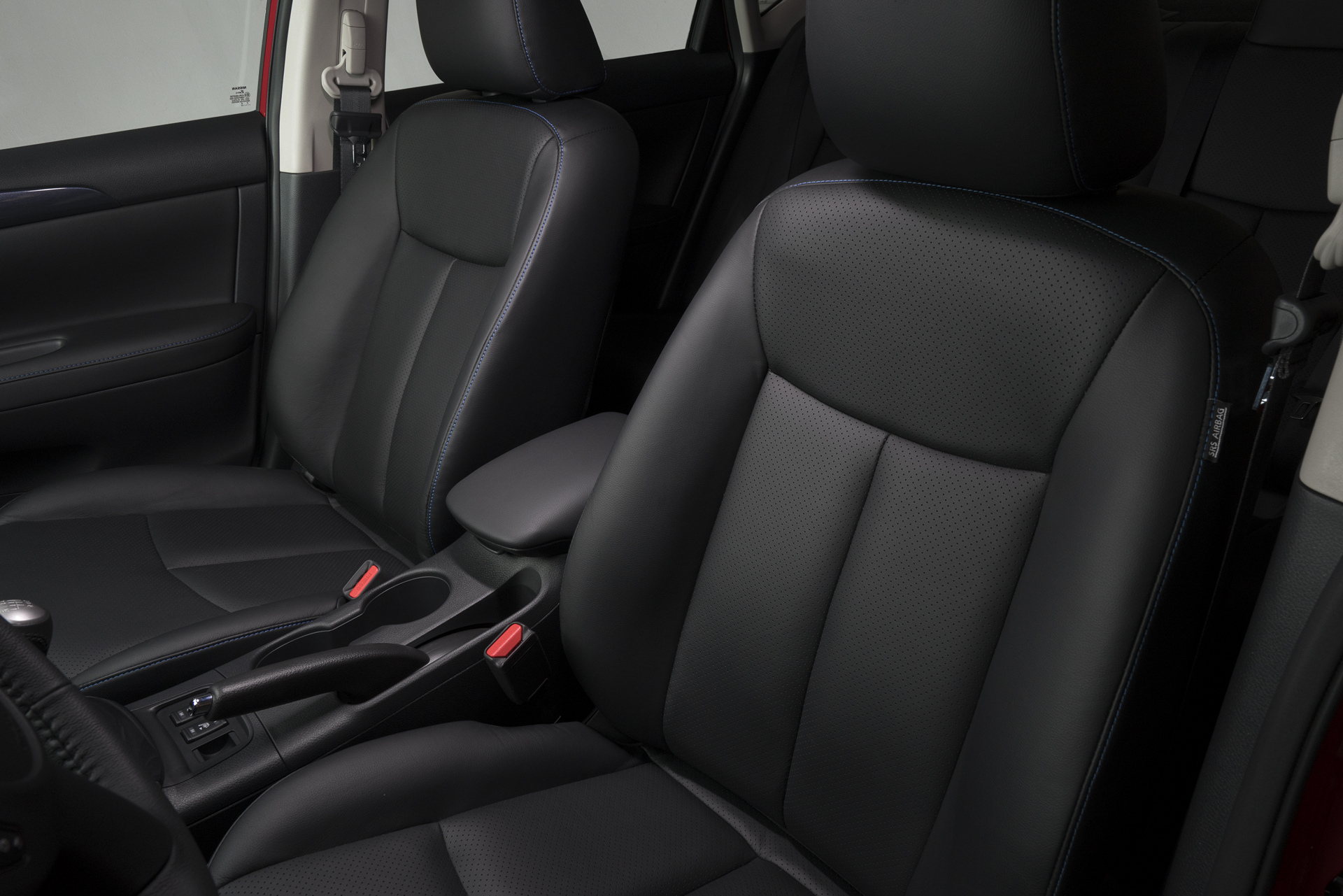 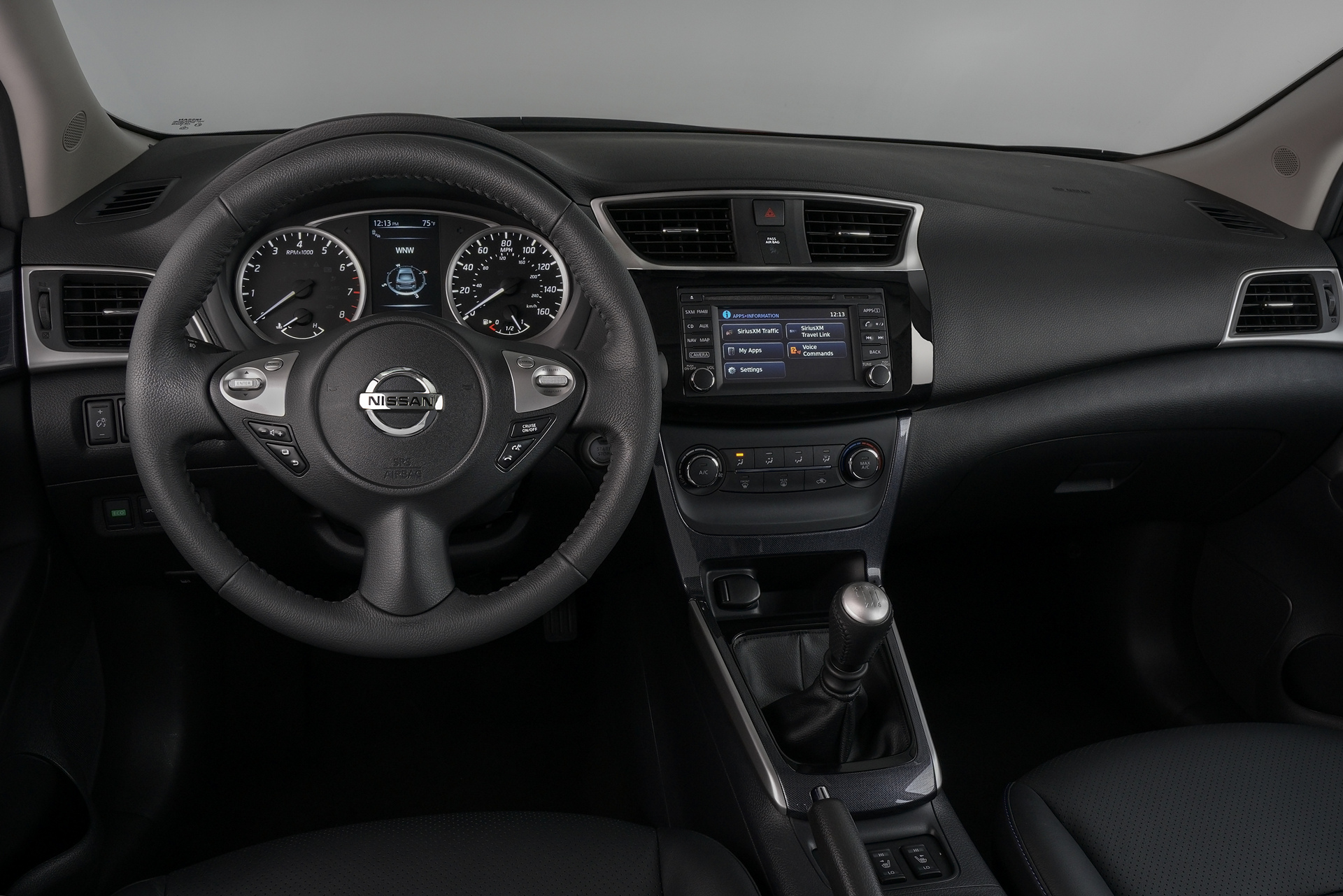 All Sentra grades offer ample roominess in a compact-size exterior – featuring one of the largest interiors in class, with 111.0 cubic feet of total interior volume. Helping make this possible is the long wheelbase (106.3 inches), which helps provide both ample rear seat legroom of 37.4 inches and large trunk capacity of 15.1 cubic feet. The rear seat is a standard 60/40-split fold-down design, adding versatility to the large trunk space. 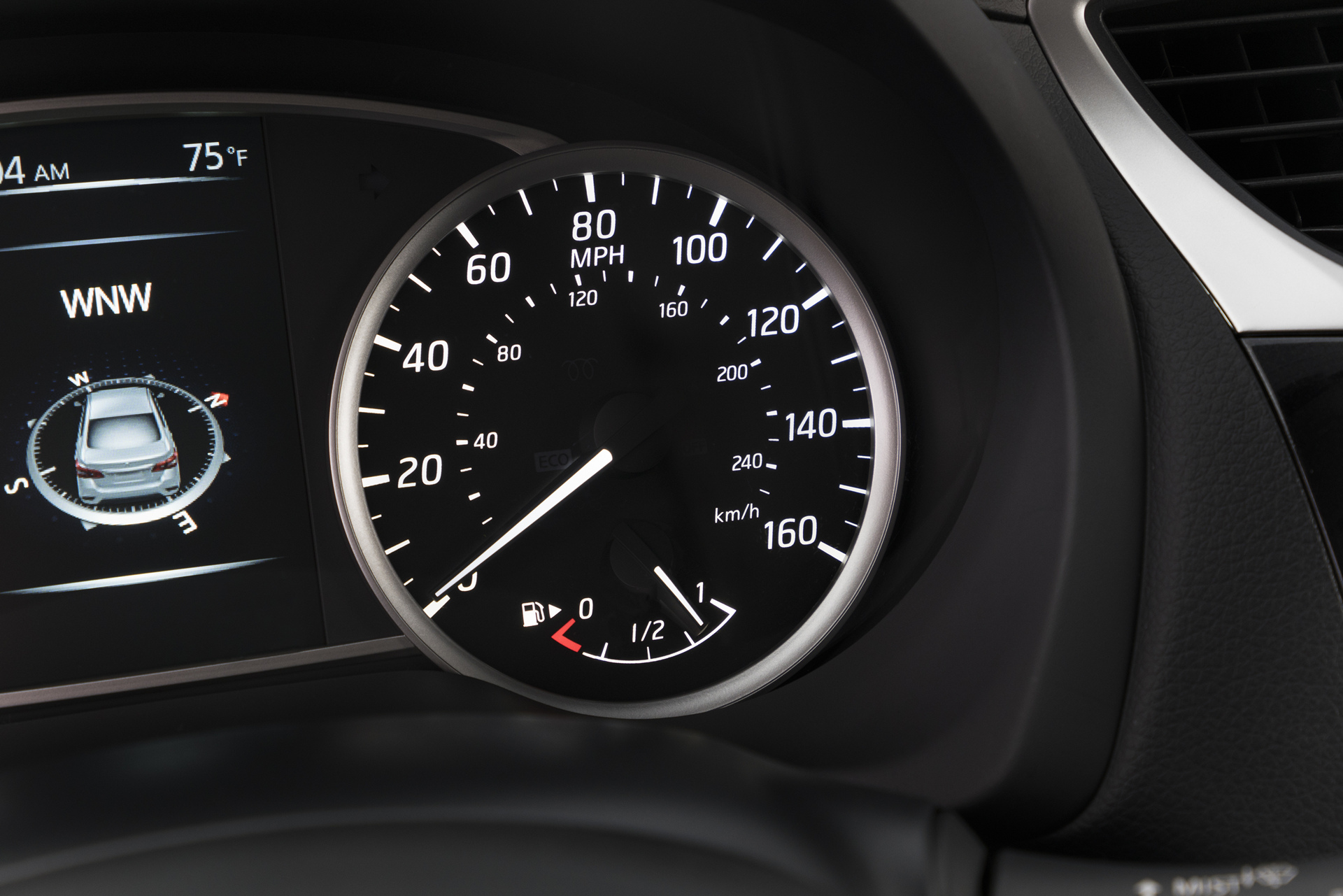 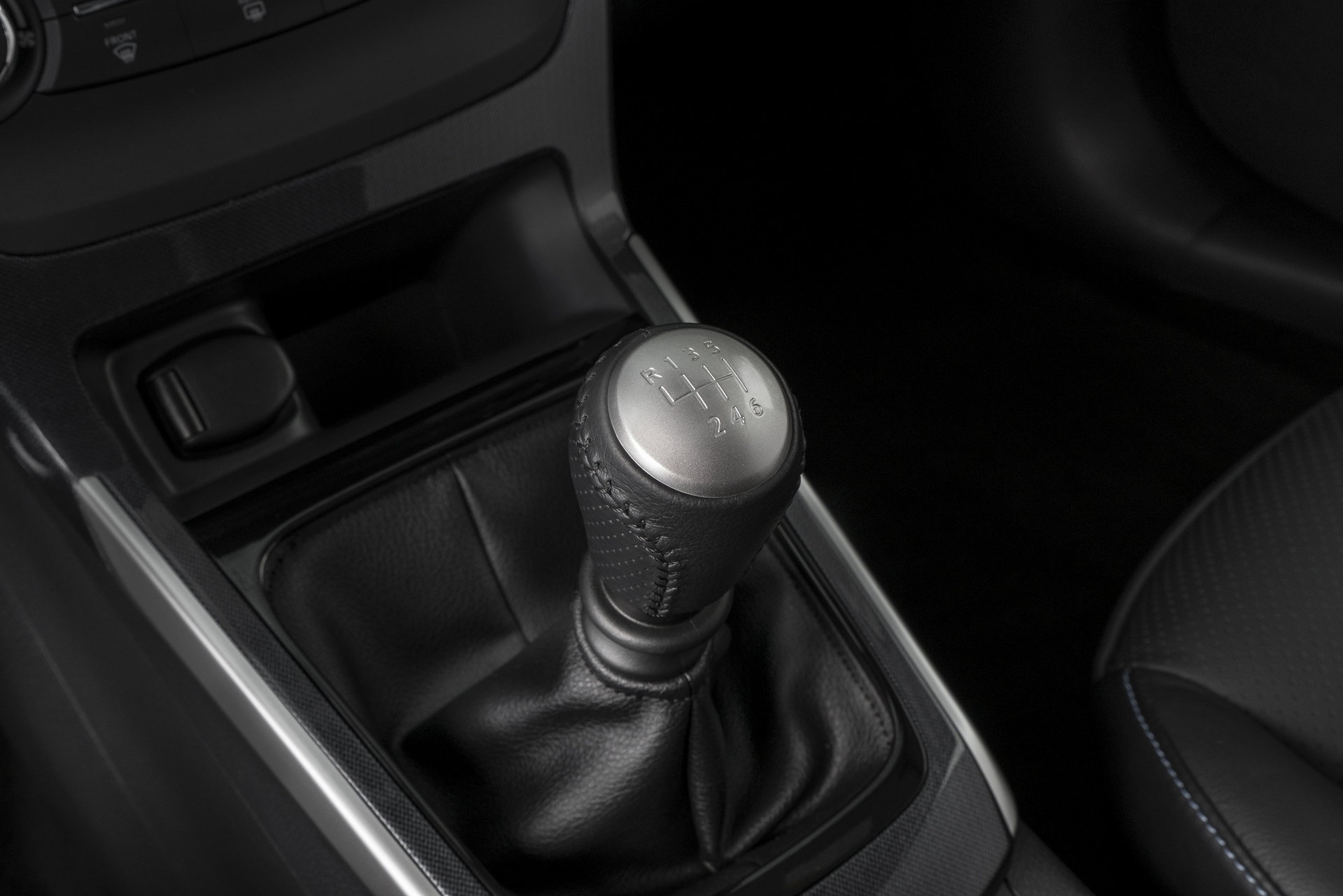 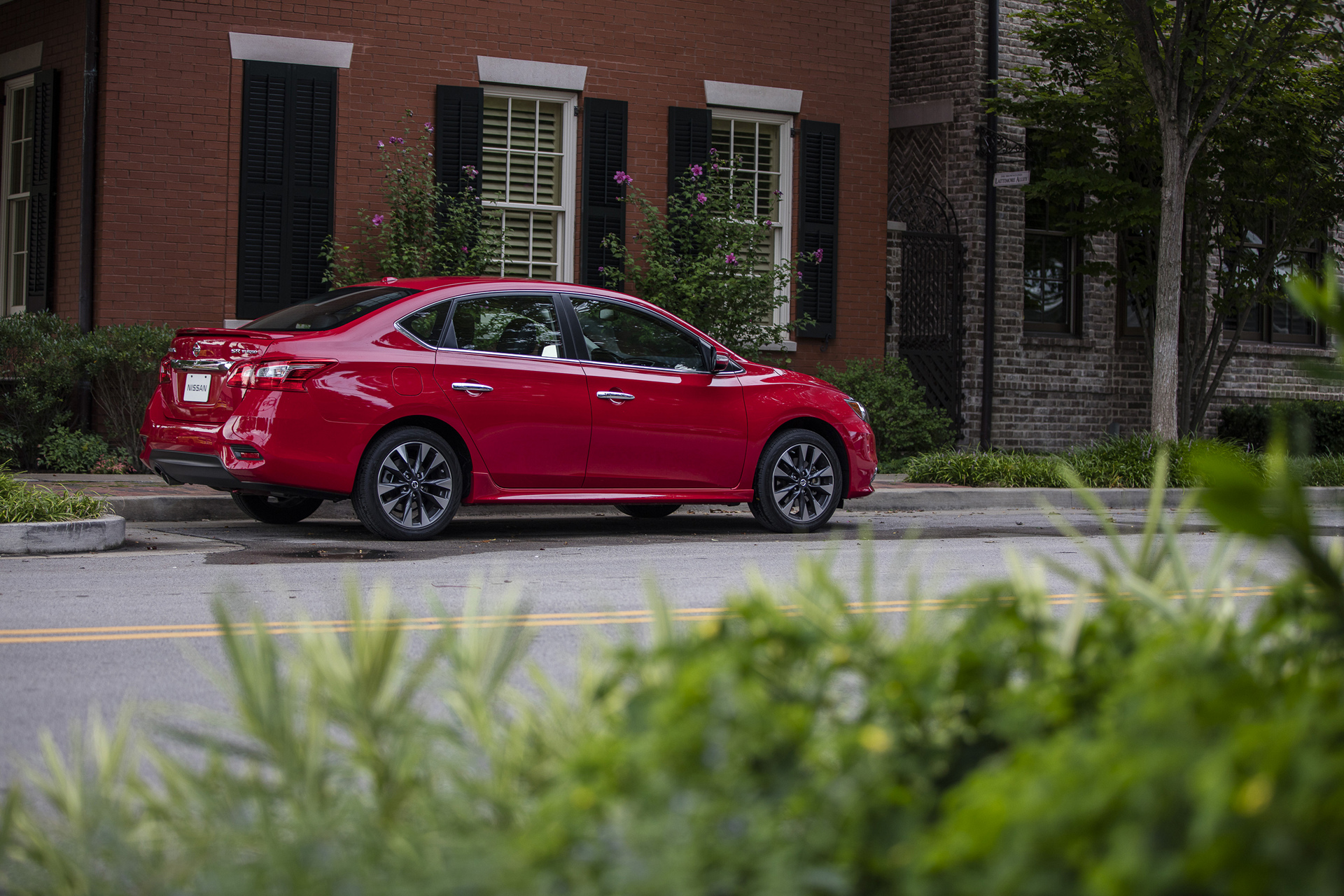 The Rear Cross Traffic Alert (RCTA) system utilizes radar to help detect a vehicle approaching from either side of the Sentra when backing out of a parking space. The radar-based Blind Spot Warning (BSW) system provides an audible alert if the driver puts the turn signal on with a detected vehicle in the blind spot area of an adjacent lane, and issues a visual alert if a detected vehicle enters the blind spot area in the adjacent lane. 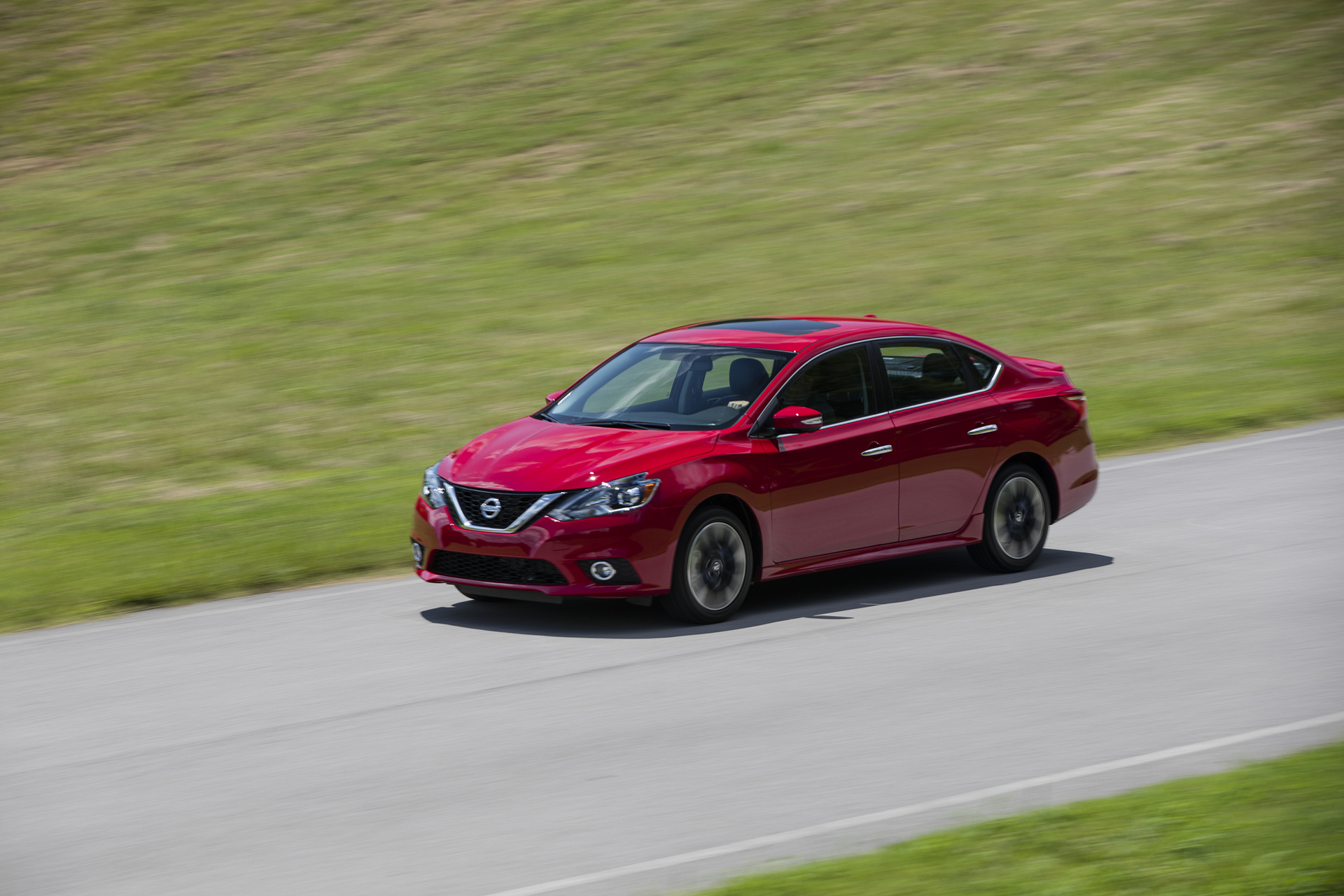 The SR Turbo also includes standard Siri Eyes Free™ Voice Recognition, which makes it easy to make and receive calls, receive and send text messages and emails, select and play music from a compatible device, get notifications, request directions and more via a hands-free voice connection to Siri™ commands. 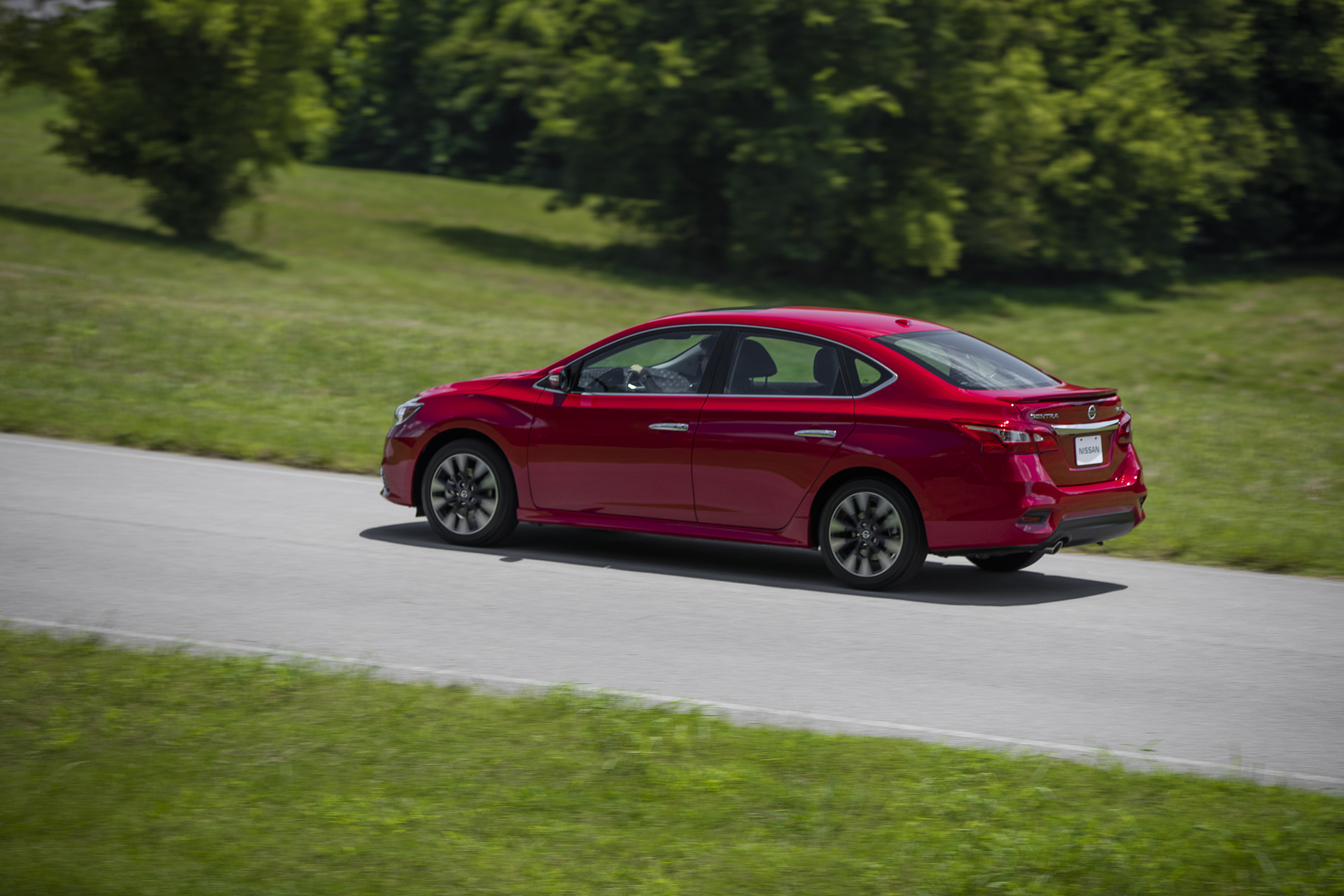 The 2017 Sentra SR Turbo is assembled in Aguascalientes, Mexico.