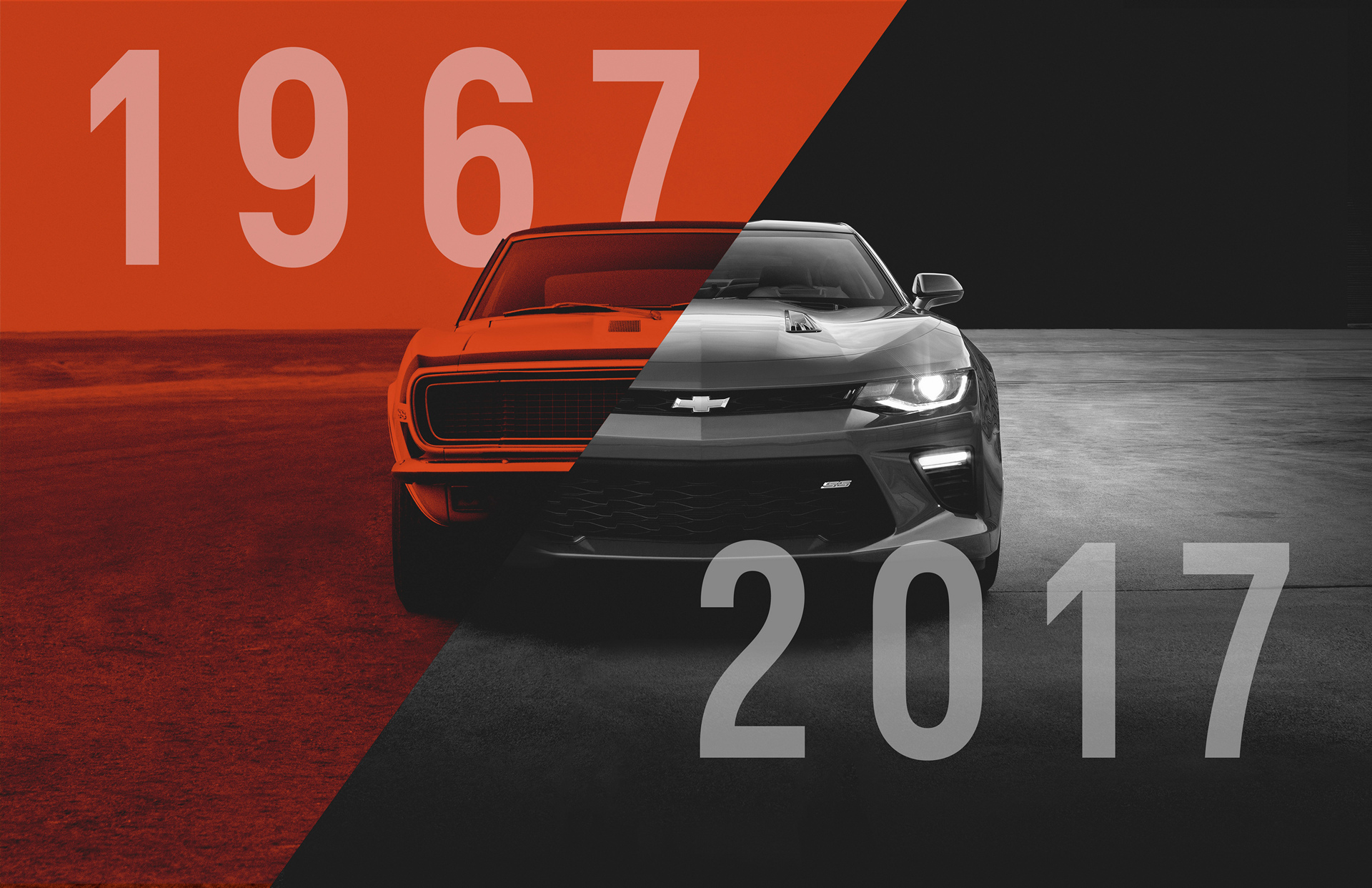 The Camaro arrived in dealerships on Sept. 29, 1966 and customers were eager for Chevrolet’s entry in the new personal sports car segment. Sales of nearly 221,000 in its first year made the Camaro a success and firmly established its role in American popular culture. 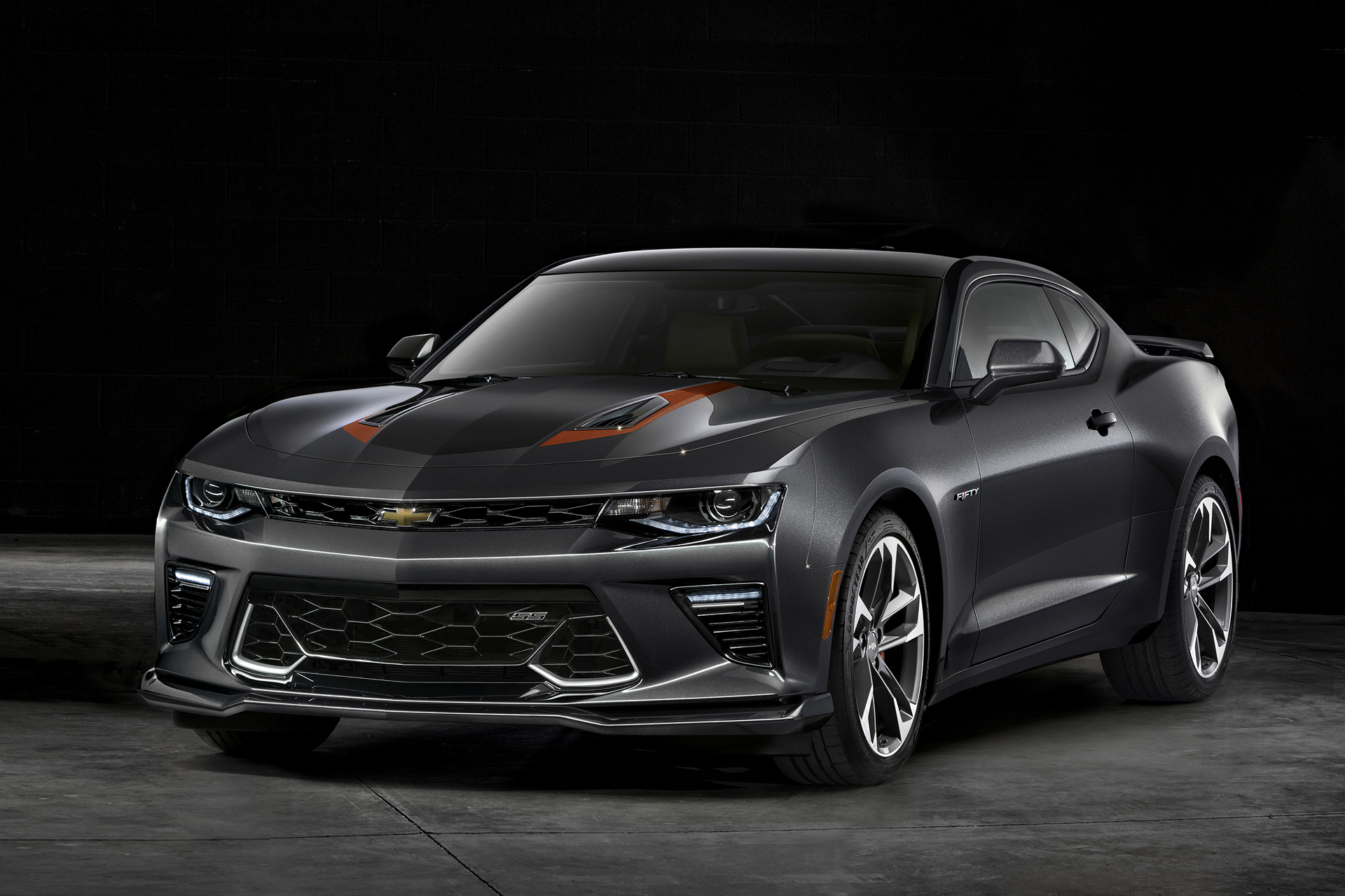 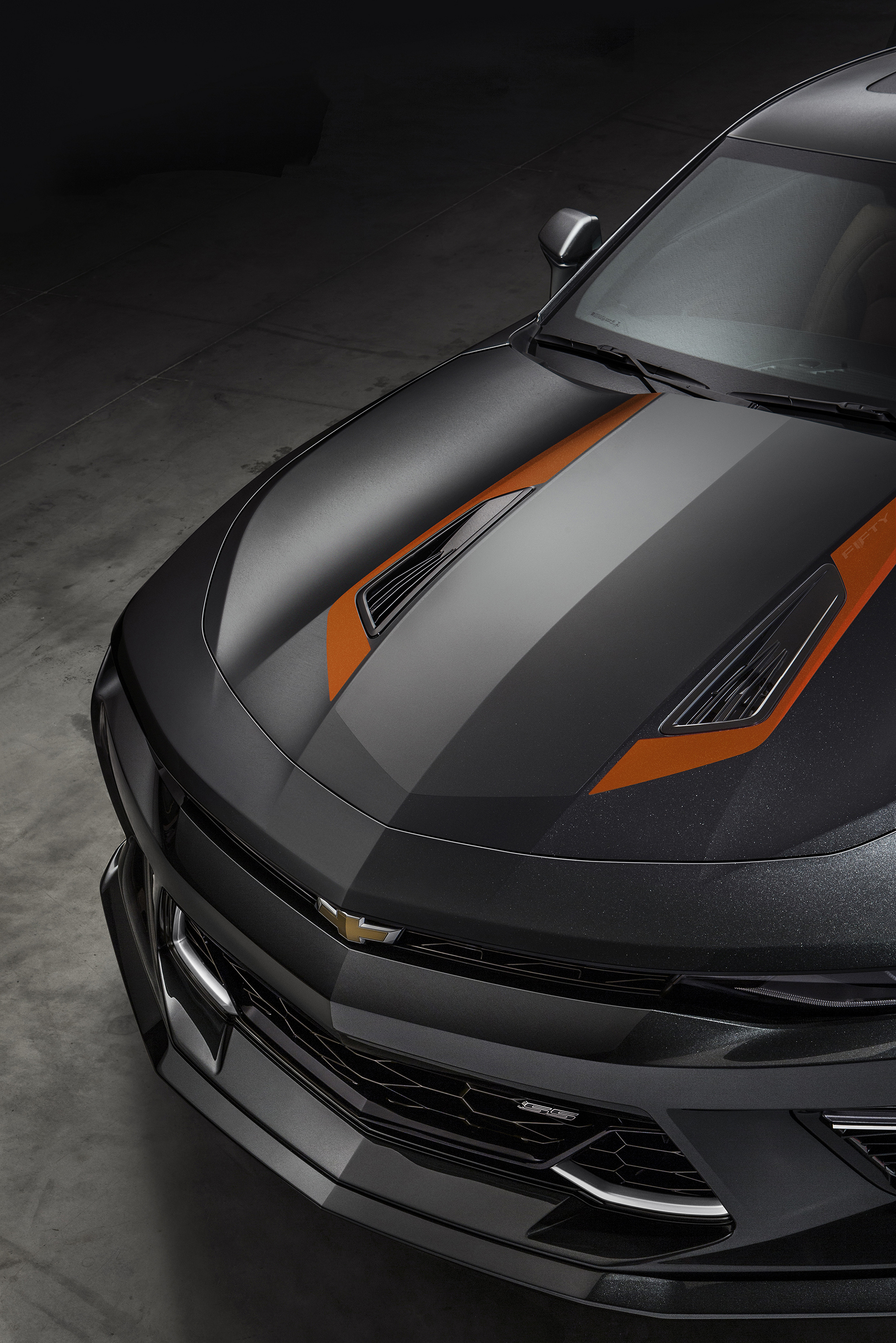 In the 50 years since its introduction there have been six generations of the Camaro, all distinguished by styling that uncannily captured the design zeitgeist of their respective eras and performance technologies that remained sharply focused on the driving fun that made the original a hit from day one. 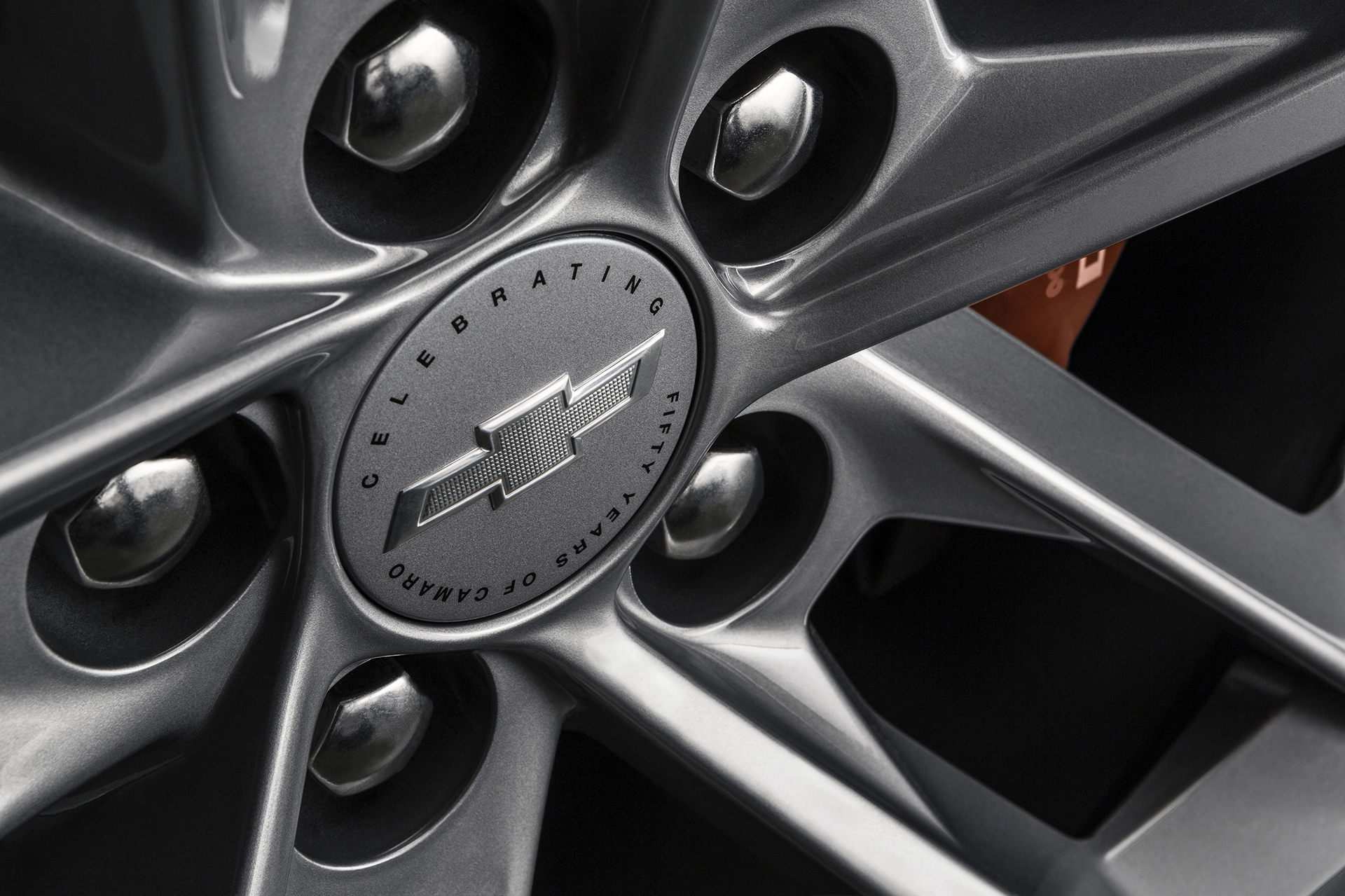 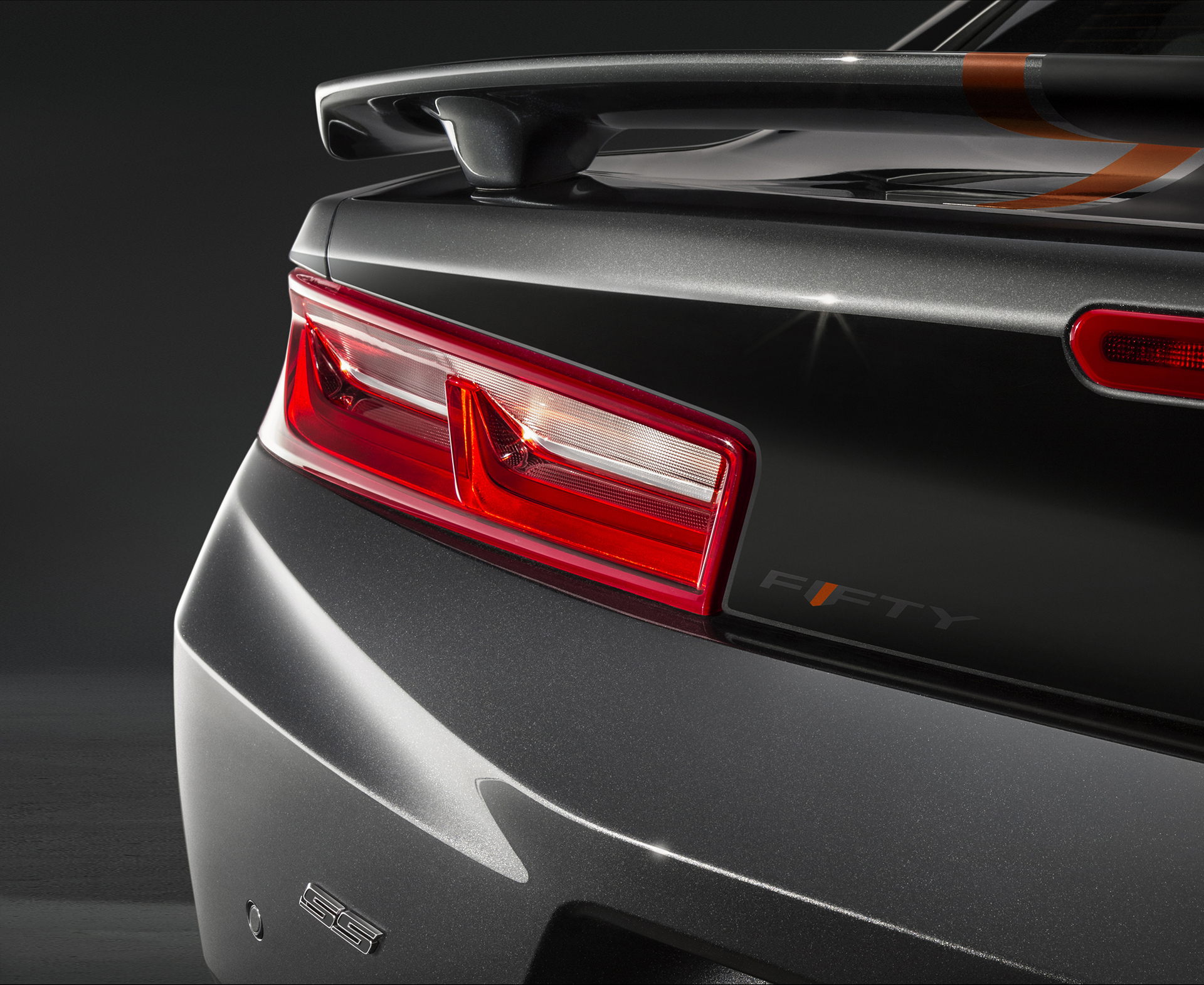 The Camaro’s first generation was born into the era’s raging muscle car and drag racing wars – as well as road racing, which spawned the original Z/28 in 1967. First-generation Camaros also served twice as the Indy 500 pace car: first in 1967 and again in 1969. The ’69 examples, with their Hugger Orange stripes and orange houndstooth interiors, are among the most distinguishable and recognizable special models of the time.

The Camaro’s second generation was its longest and its most successful, despite tumultuous changes in the industry that saw the horsepower of performance models such as the Z28 erode significantly. An all-new structure offered a slightly wider footprint and lower center of gravity – attributes that gave the Camaro excellent handling characteristics. It also supported dramatic, European-influenced styling. The Camaro enjoyed its best year ever in 1979, when 282,571 were sold, including nearly 85,000 Z28 models.

The third-generation Camaro also introduced and all-new architecture, with a contemporary strut-type front suspension, rack-and-pinion steering and more. The chassis system turned a car already renowned for its handling capability into a serious track machine, which was taken to its zenith with the special 1LE package, introduced in 1988. Aggressive styling complemented the car’s performance capability and it was the first Camaro with a hatchback. Additionally, the 1982 Z28 was the first American production car to incorporate ground effects – and it was also named the Motor Trend Car of the Year.

Performance continued to improve with the fourth-generation Camaro, with higher-power engines and chassis enhancements that built on the basic layout of the third generation. Styling evolved with more dramatic proportions, including a fast-raked windshield that gave the car an undeniably sleeker profile. The Camaro’s front end was redesigned in 1998, which coincided with the introduction of the landmark LS1 V-8, which gave Z28 and SS models performance reminiscent of the muscle car heyday.

The seven years between the fourth-generation’s hiatus and the launch of the fifth-generation (it was introduced in 2009 as a ’10 model) didn’t seem all that long, but was a comparative eternity in the automotive world. Chevrolet decided a new Camaro would have to acknowledge its heritage on the outside and it was the right call. The fifth-gen car went on to sell more than 500,000 copies and outpace its pony-car rival for five consecutive years. It also spawned new, track-focused 1LE, Z/28 and ZL1 models.

The Gen Six Camaro introduced the Camaro’s highest-ever levels of performance, technology and refinement, all rooted in a lighter, stronger architecture, which helped earn the 2016 Motor Trend Car of the Year award. For 2017, new track-capable 1LE and ZL1 models debut, with the ZL1 driven by a supercharged 6.2L V-8 estimated at 640 hp and offered with a new 10-speed automatic transmission. 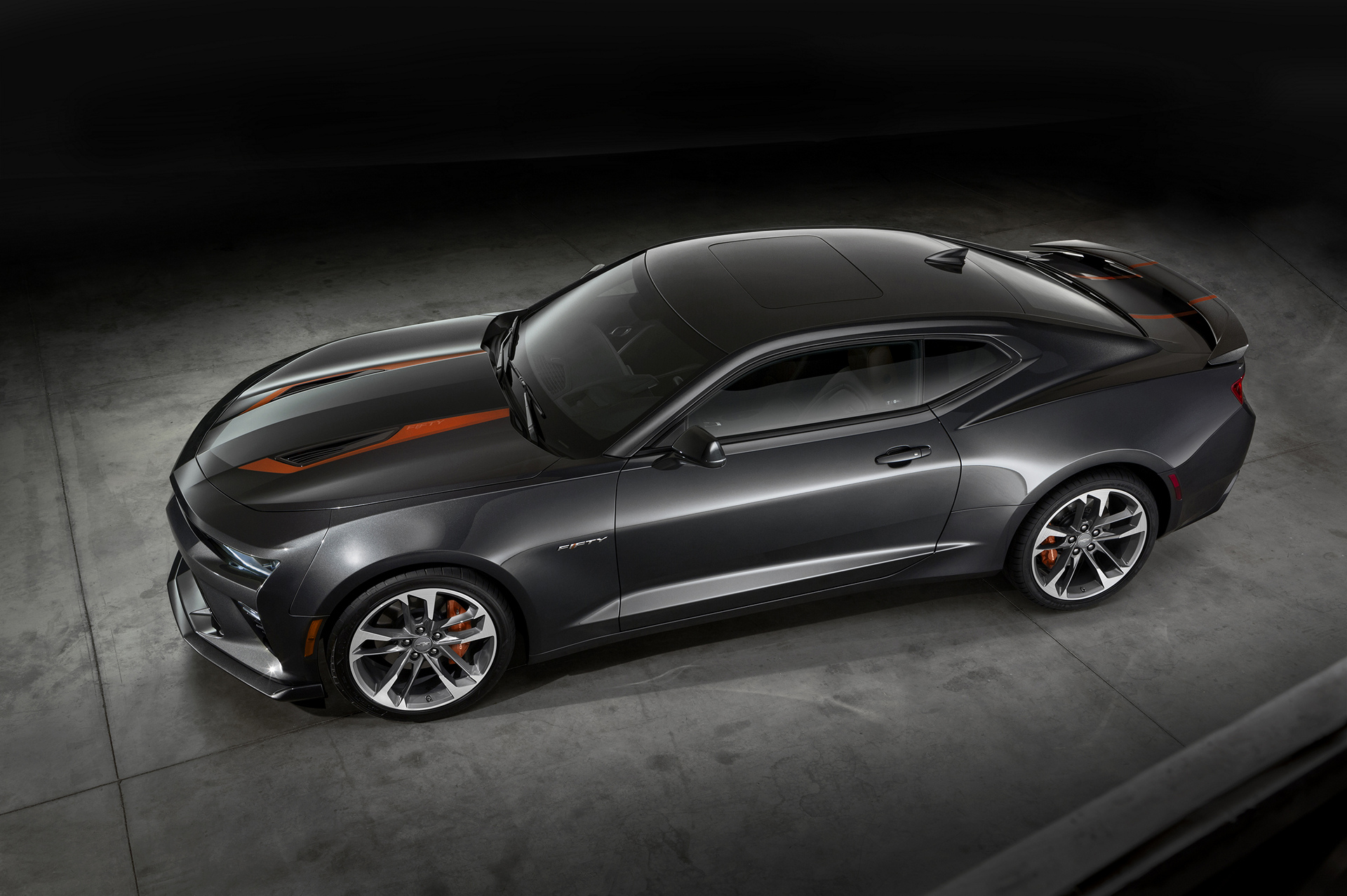 Chevrolet marks the Camaro’s 50th anniversary this summer with activities leading up to and coinciding with the Woodward Dream Cruise, on Aug. 20, and including tours of the Lansing Grand River plant, where the Camaro is built, on Aug. 18.