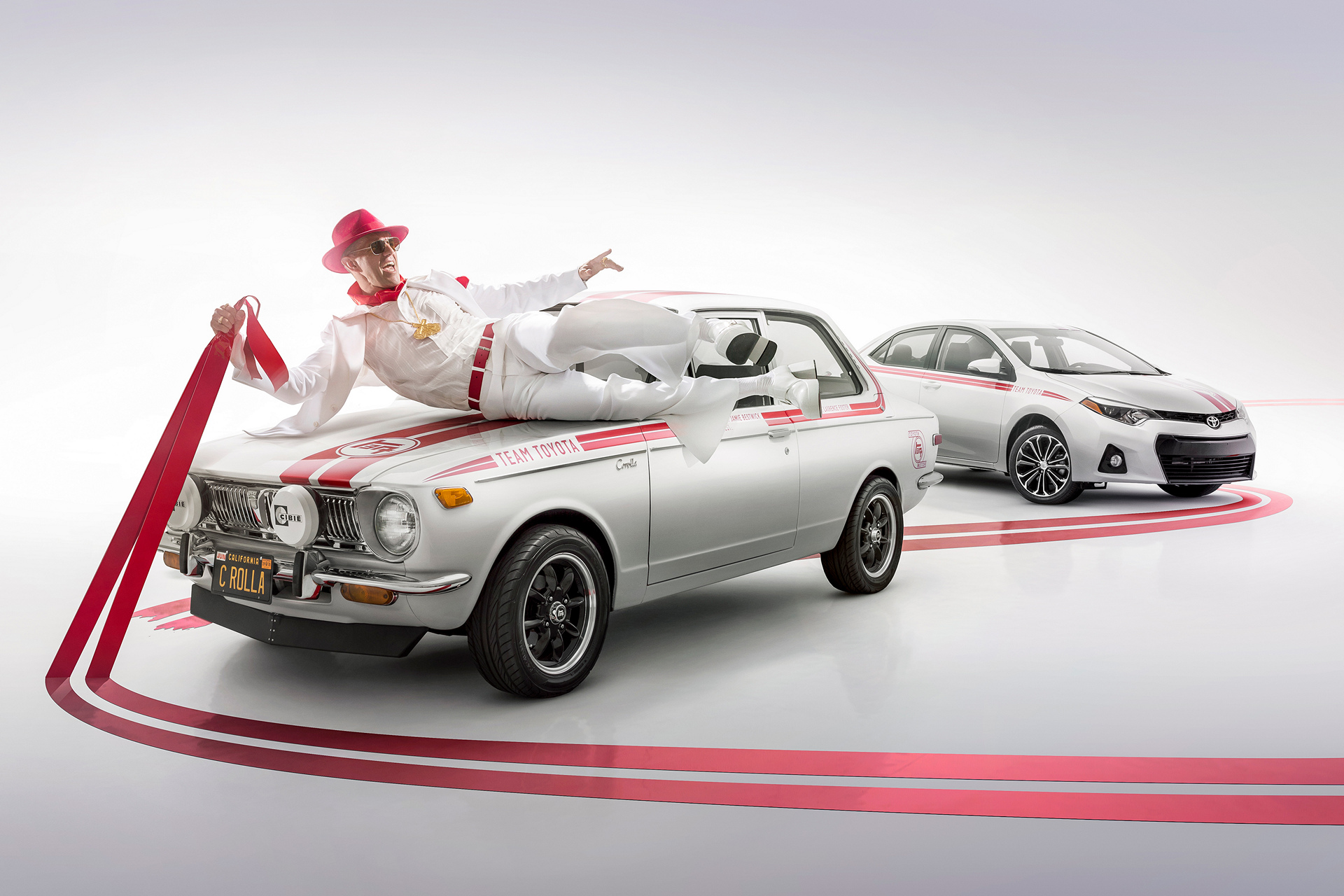 A great race for a great car! An iconic first-generation 1970 Toyota Corolla sedan will be joining more than 130 vintage cars in the Great Race, a long-distance endurance competition. Starting in Northern California and ending in Moline, Ill., Toyota’s participation is part of the Corolla’s 50th anniversary celebration. 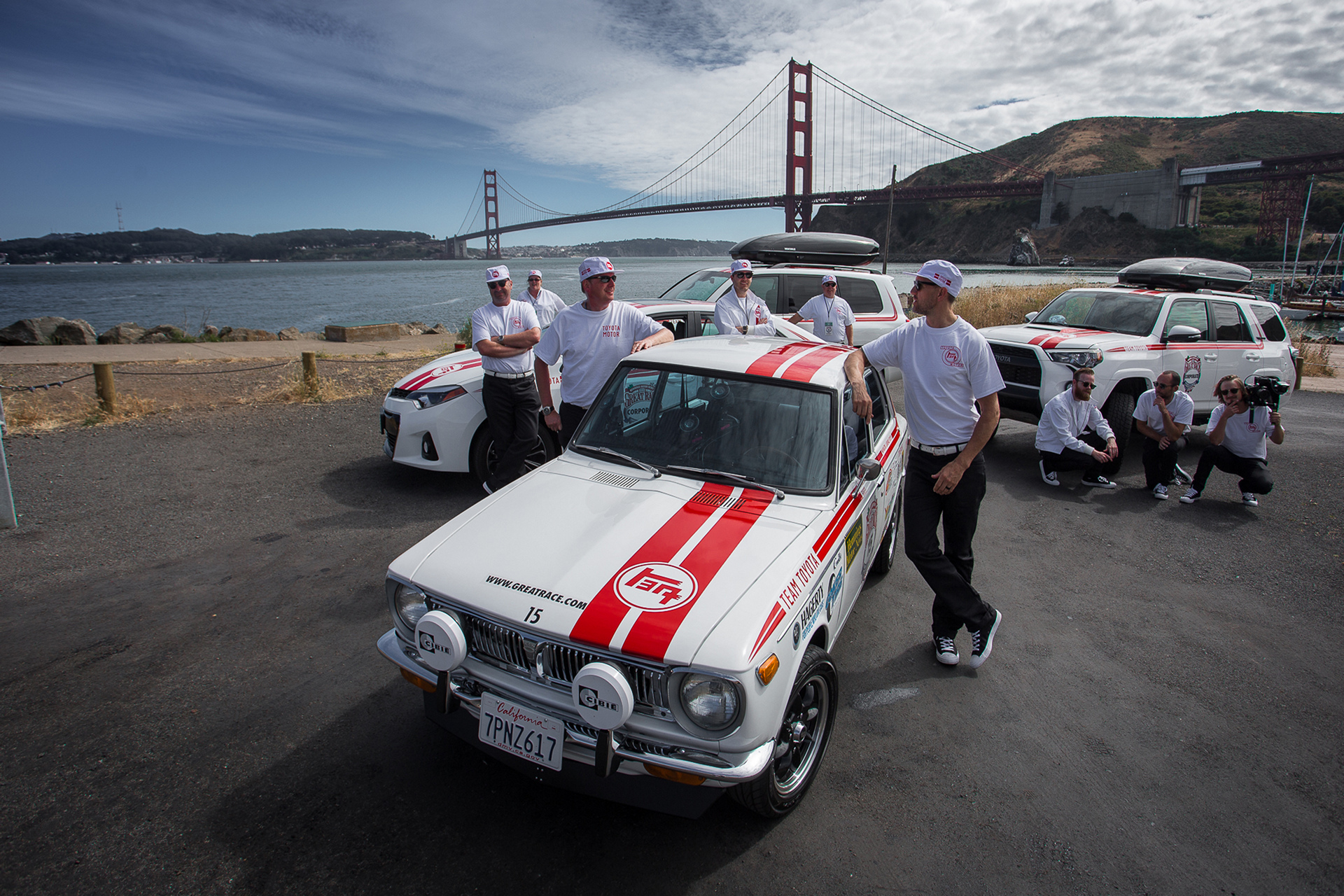 Toyota’s first-ever entry in the collector-car endurance road rally, the vintage Corolla will be driven by Jamie Bestwick, 13-time X Games gold medal winner in BMX Vert and SCORE Baja 1000 veteran.
The Corolla will feature a vintage early 1970s racing livery and the Toyota Great Race team will sport period racing uniforms, a fitting homage to the brand’s rich motorsports heritage. The Toyota Corolla itself remains true to its original 1970 specifications – a testament to its capabilities and Toyota’s core values of quality, durability and reliability.

“When Toyota first introduced Corolla in 1966, it became a worldwide overnight success not just because of its quality and style, but also because it allowed so many to pursue their personal adventures and create memories in their car,” said John Myers, Vehicle Marketing and Communications National Manager. “The Great Race provides a perfect opportunity to celebrate the spirit of Corolla, the world’s all-time best-selling car and still one of the top-sellers in the U.S., while also recognizing Toyota’s racing heritage and having some fun along the way.”

The Great Race, which features classic vehicles dating back to 1916, truly captures the Toyota “Let’s Go Places” philosophy. Drivers start in San Rafael, Calif., today and end in Moline, Ill., on Sunday, June 26, following the historic Lincoln Highway through Nevada, Utah, Wyoming, South Dakota and Iowa. The winning rally team will receive a large eagle trophy and a check for $50,000. 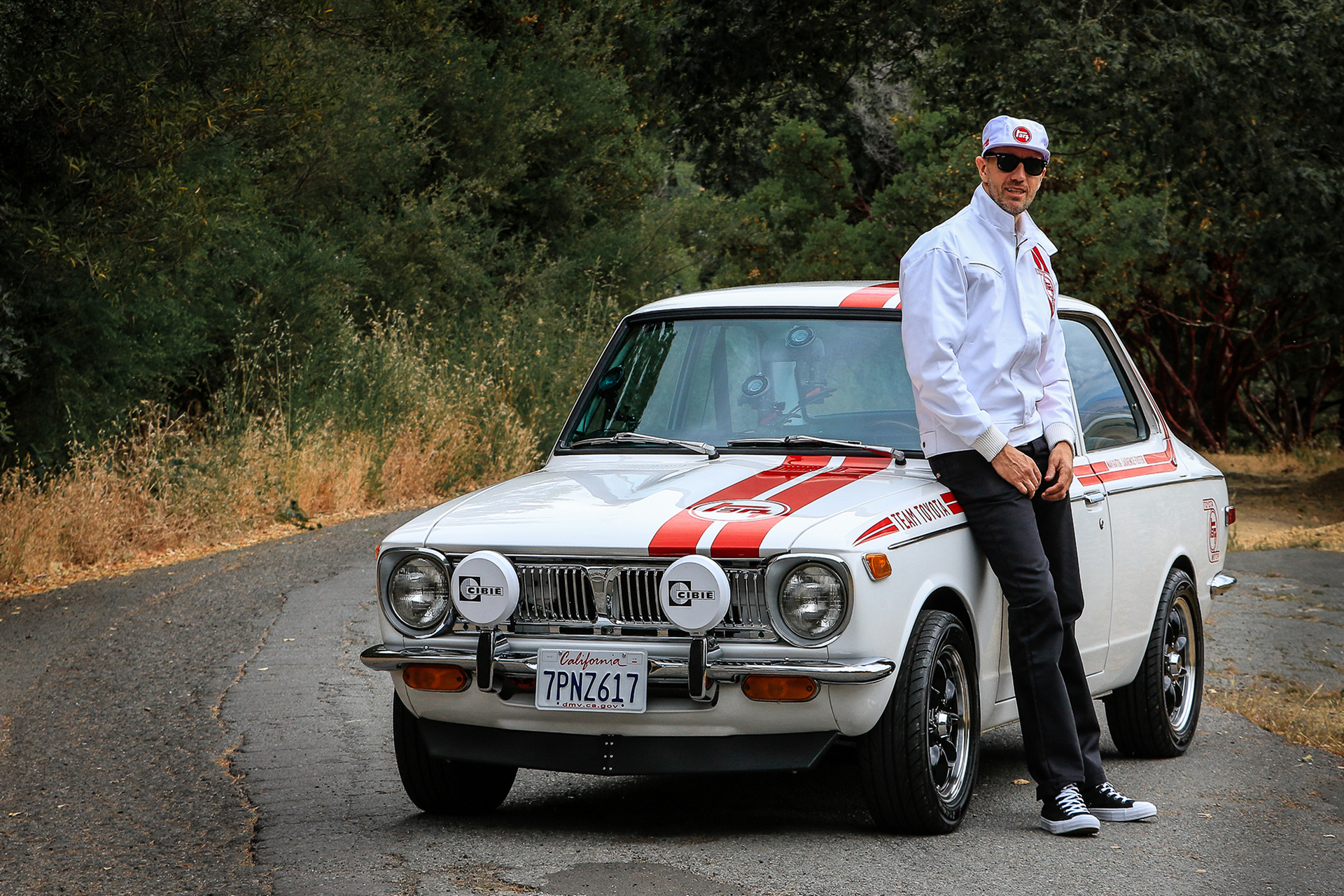 Each driver and navigator team, including Bestwick and his navigator Laurence Foster, will receive a set of course instructions at the beginning of the day that indicate every turn, speed change, stop, and start that the team must make throughout the day, leading to a series of checkpoints laid out between the start and finish lines of the race. The team will be joined by a variety of guest navigators along the route, including off-road racing champion BJ Baldwin, world-class snowboarders Amy Purdy, Elena Hight and Louie Vito, professional BMX rider Drew Bezanson, musician Mike Eldred, motocross racer Andy Bell and motorcycle racer and designer Roland Sands.

The course avoids timed segments on interstate highways, opting instead for scenic local, county, and state highways whenever possible through some of the most picturesque backdrops in the United States.