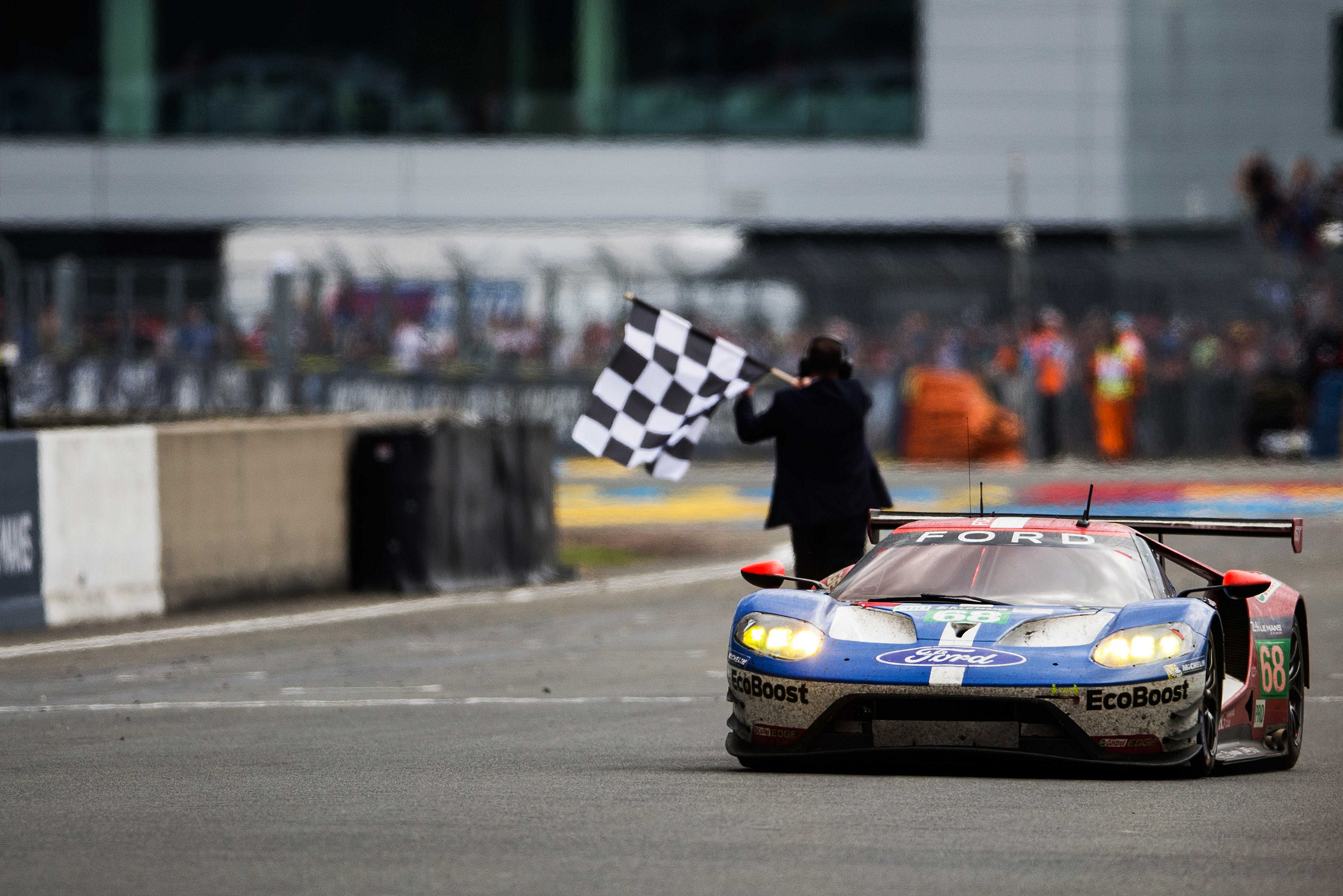 The No. 68 Ford GT of Sébastien Bourdais (FRA), Joey Hand (US) and Dirk Müller (GER) crossed the finish line at Le Mans at three o’clock on Sunday, as the overall GT winner of the 2016 Le Mans 24 Hours. 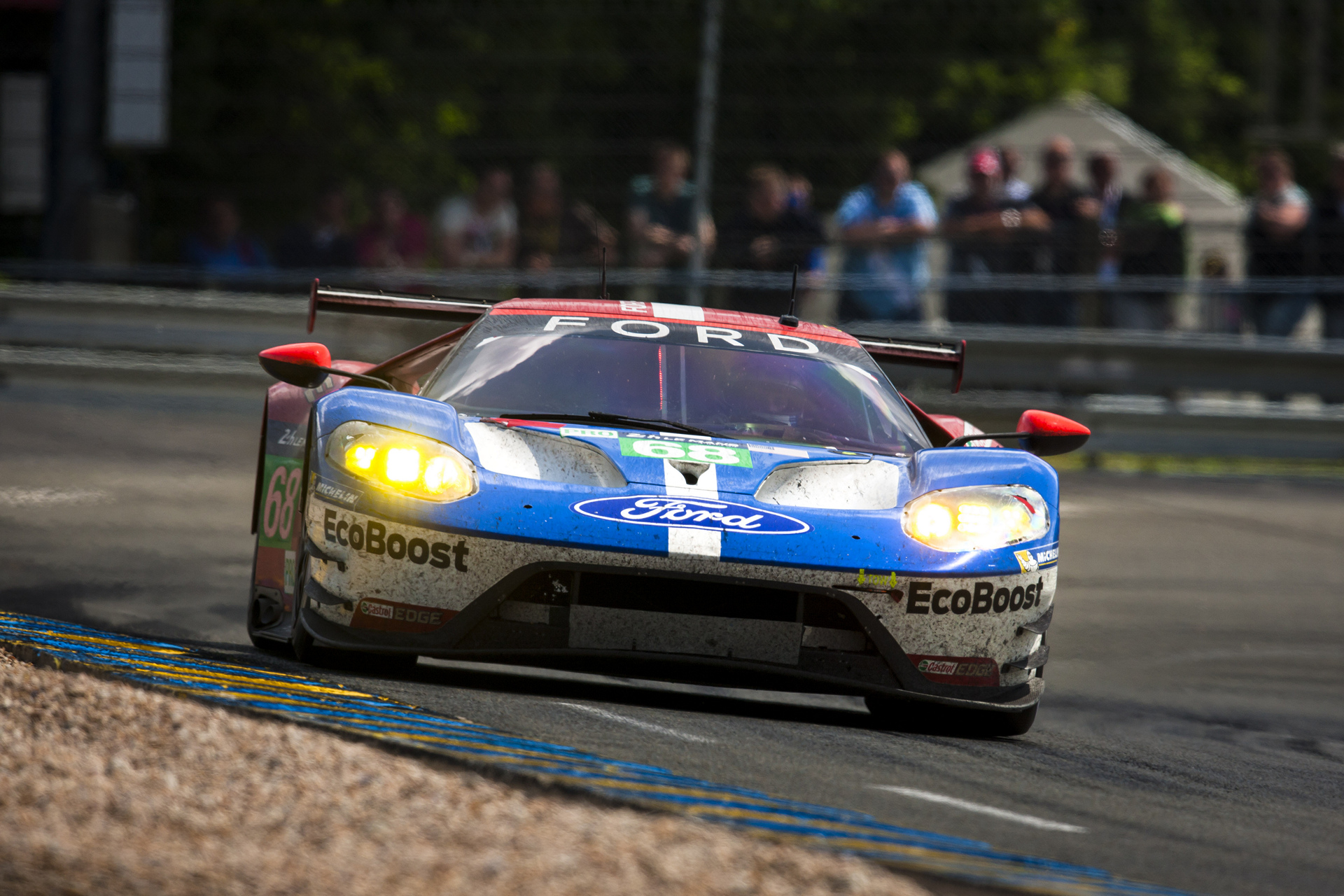 The No. 69 Ford GT of Ryan Briscoe (AUS), Scott Dixon (NZ) and Richard Westbrook (GB) joined the winners on the podium after scoring third place. The Nos. 66 and 67 Ford GTs finished in fourth and ninth places, respectively. 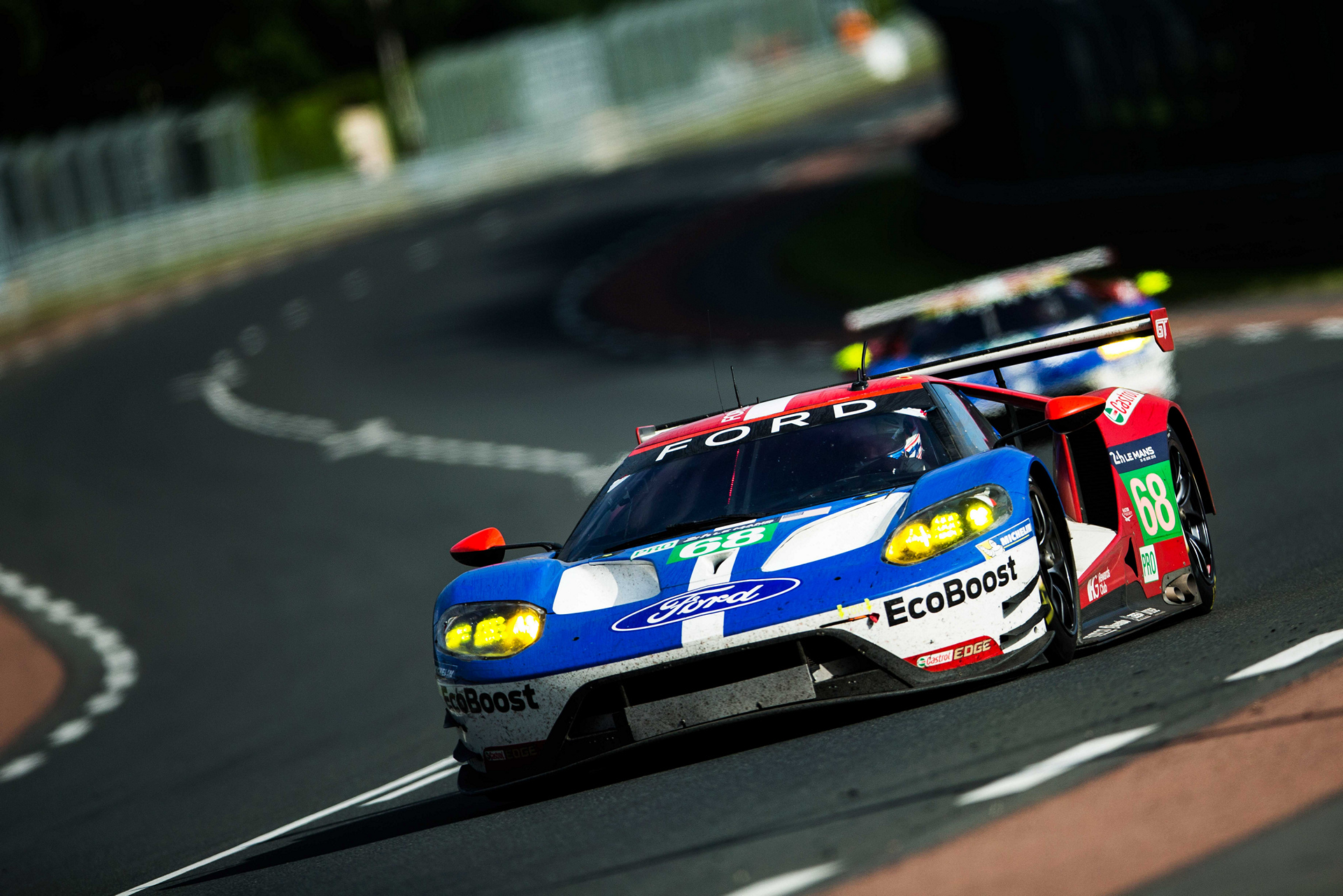 “This is an historic moment for the Ford Motor Company,” said Bill Ford, executive chairman, Ford Motor Company. “We dared to dream that we could return to Le Mans, 50 years after the incredible 1966 win, and take on the toughest competition in the world. The pride we all felt when the Ford GT crossed the line at Le Mans is indescribable. The team that designed, built and raced the Ford GT has worked tirelessly to bring us to this result and I am proud of each and every one of them. The Ford Chip Ganassi Racing team demonstrated the spirit of Ford, that of innovation, determination and true teamwork. We cherish our history and heritage, but today we made history again and I couldn’t be more proud.” 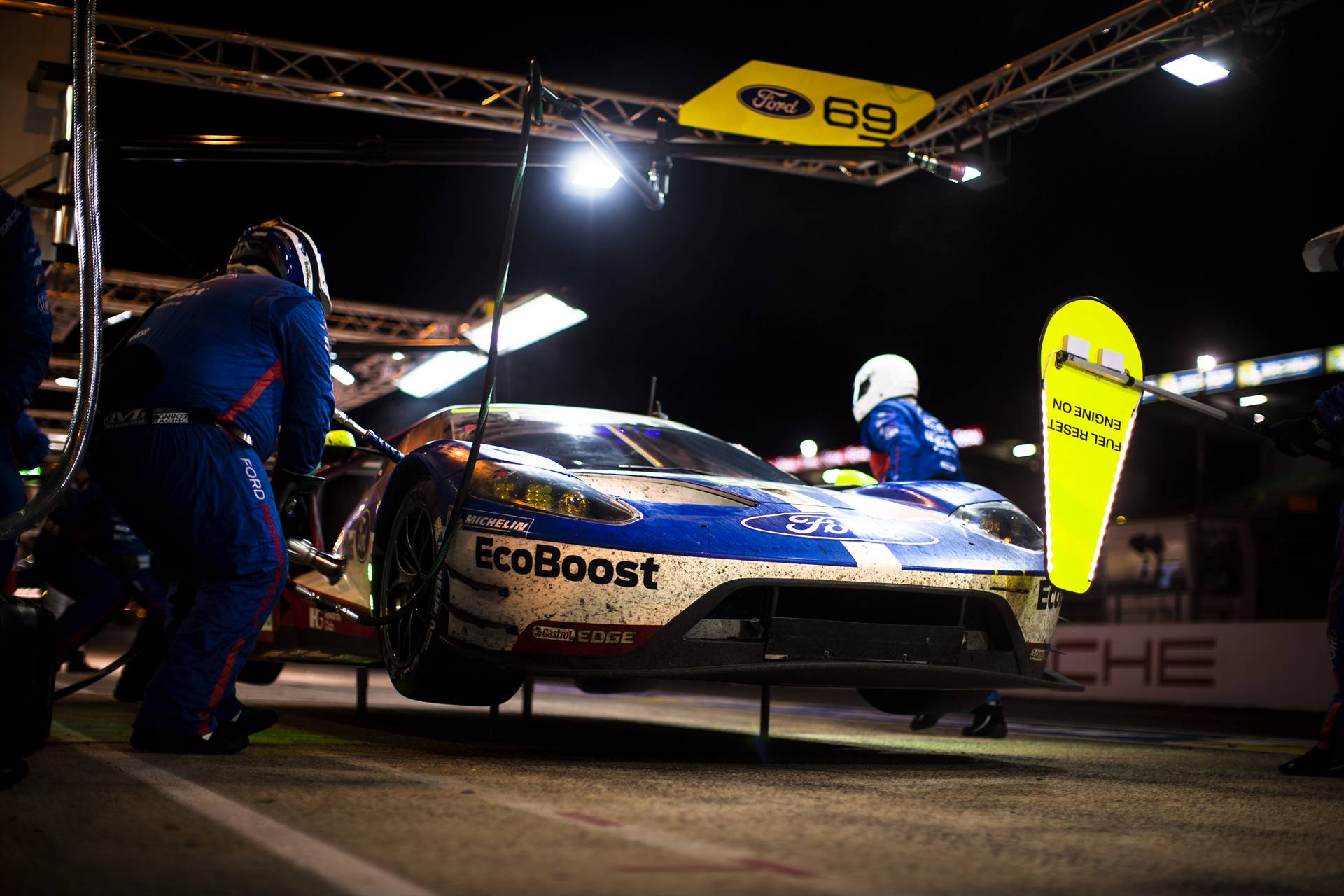 First unveiled to the media at Le Mans last year, the Ford GT’s Le Mans victory comes 395 days after the car turned a wheel for the first time on May 20, 2015, at Calabogie Motorsports Park in Canada. A Herculean effort from the Ford Chip Ganassi team has transformed the car into a Le Mans winner in just over one year. 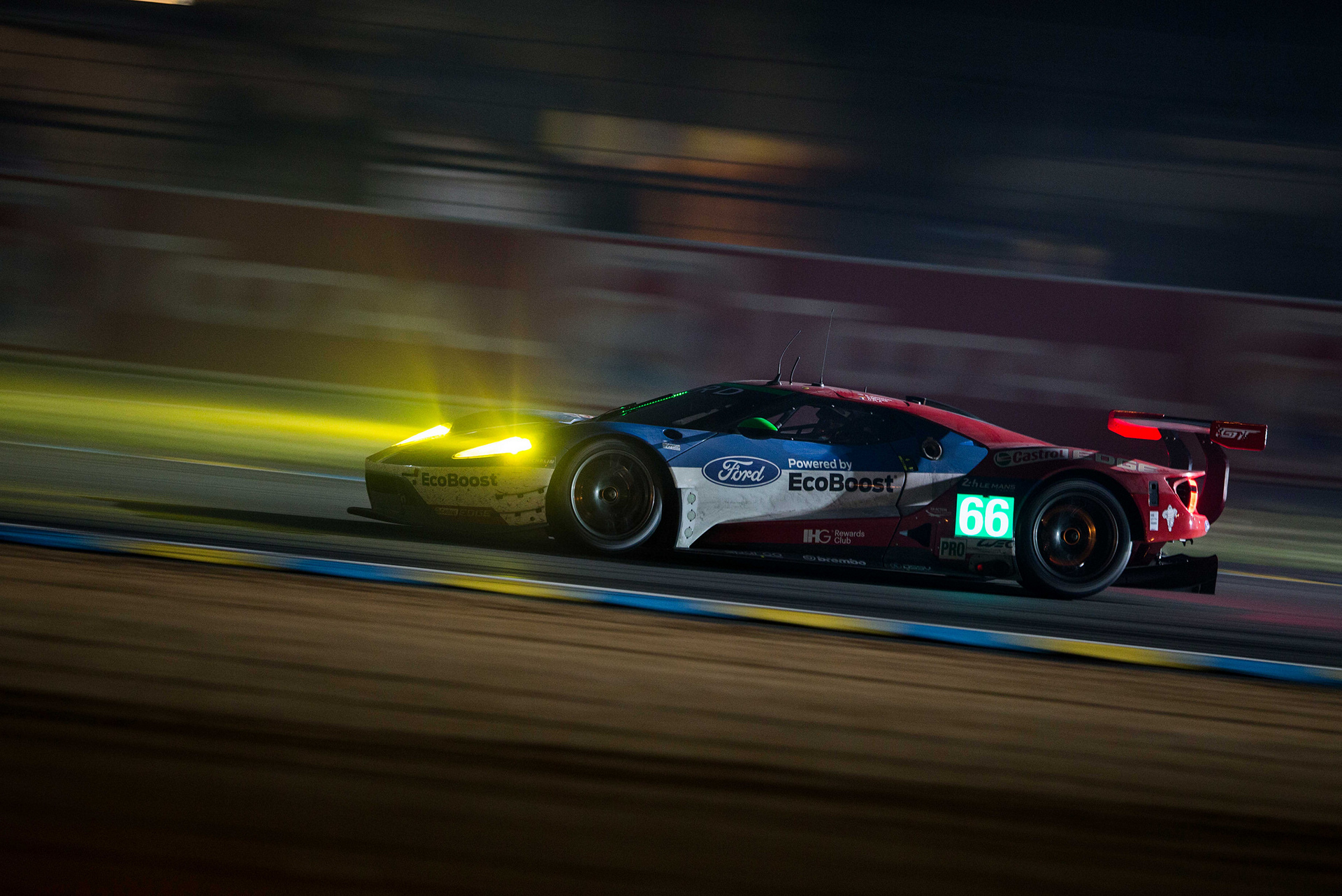 “Building a new car and racing it at Le Mans is a monumental task,” commented Mark Fields, president and chief executive officer, Ford Motor Company. “We took it on and we conquered the biggest challenge in sportscar racing: the Le Mans 24 Hours. It has been incredible to share this event with our dealers, owners, employees, sponsors and guests who are all bursting with pride at being part of the Ford family. Every manufacturer in the GTE Pro class fought with everything they had in the best competitive spirit, and we are thrilled to have played our part in this incredible race.” 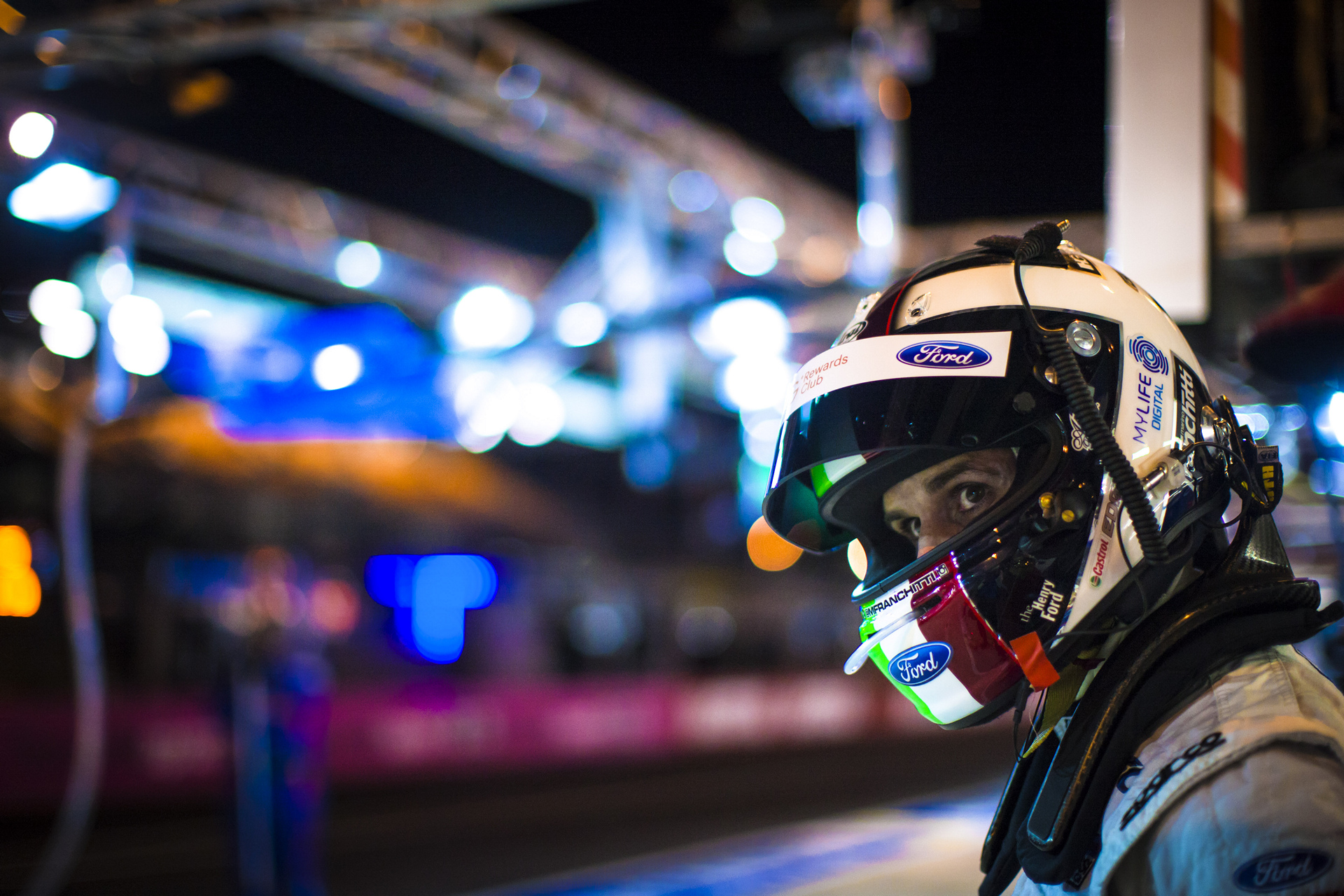 After a titanic battle with the No. 82 Ferrari, the No. 68 Ford GT took the lead for the final time in the 20th hour of the race. Hand was behind the wheel on the three occasions that the Ford passed the Ferrari, rekindling a 50-year-old rivalry between the two car manufacturers.

“It’s a big deal to come back here 50 years after the Ford win in 1966,” said Hand. “We said we wanted to win but to actually do it is huge. This team has come so far in a short space of time. They all worked hard, right through Christmas and New Year and gave us a race car that we can race hard. We drove like it was a sprint race for 24 hours. I’ve won a lot of races and this is a big one. I’m honoured to be part of this programme. I’m a red, white and blue guy so to be part of the Ford family, where they treat you like their own, is a great place to be.” 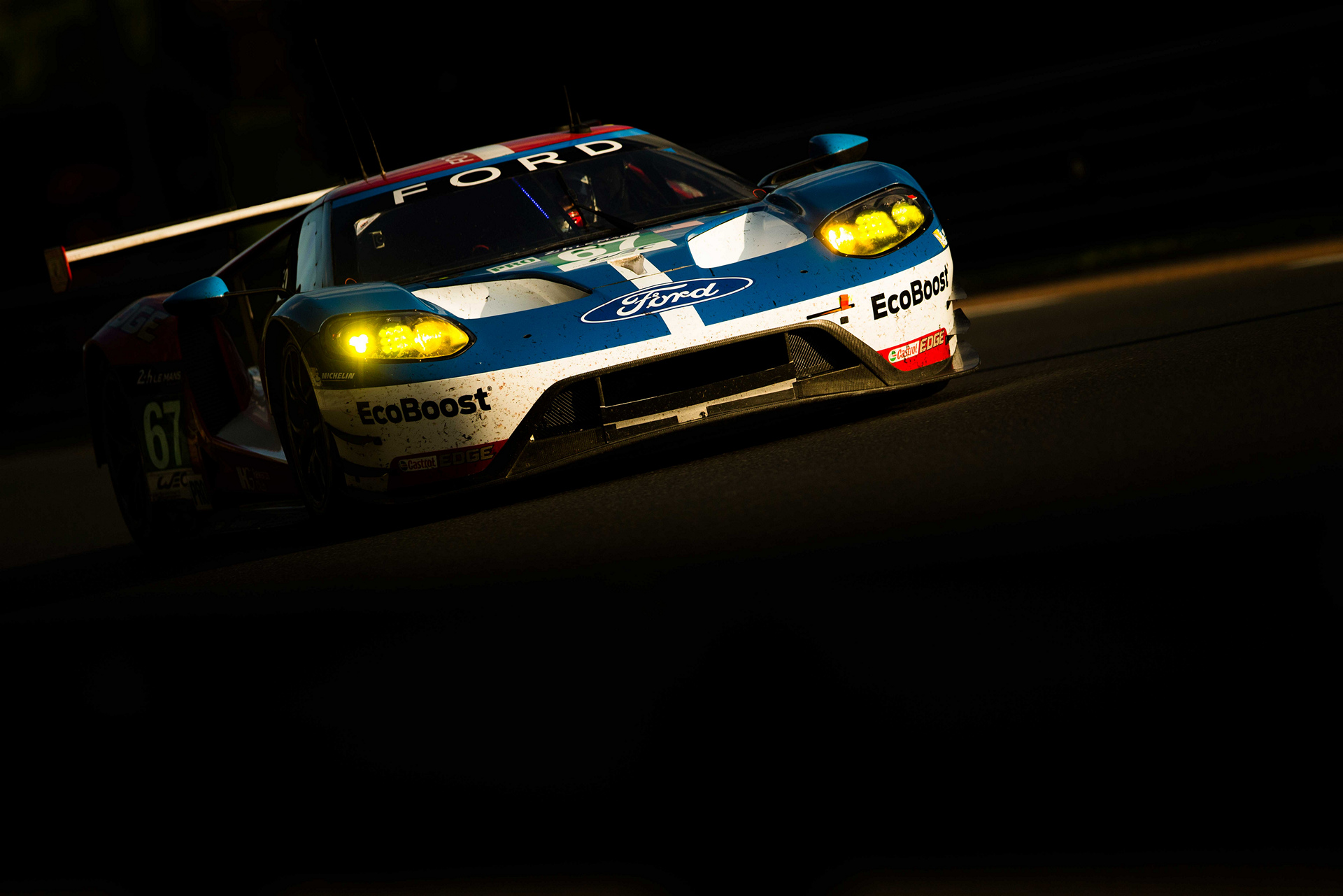 This victory is particularly sweet for Bourdais who was born within sight of Tertre Rouge. The Frenchman had competed at Le Mans 10 times previously but this is his first win.

“It’s an unbelievable feeling to be able to make this happen,” said Bourdais. “There was so much effort, so much emotion, and to be the one that wins the trophy to give to the Ford family and everyone involved is very special. Everything aligned for us today — the history, the Ferrari/Ford battle, 50 years on and the Ford family being here. To come out on top of all that is an amazing feeling.”

The No. 66 Ford GT, raced by Billy Johnson (US), Stefan Mücke (GER) and Olivier Pla (FRA) was in contention for a top result during the race’s infancy but a small electrical problem put paid to their attack. Such is the pace of the Le Mans 24 Hours, one extra moment in the pits is all it takes to be out of the running.

The No. 67 Ford GT of Marino Franchitti (GB), Andy Priaulx (GB) and Harry Tincknell (GB) suffered from a gearbox issue at the start of the race so they had to play catch up for the full 24 hours, coming home in ninth place.

With his 175th victory as a team owner, Chip Ganassi becomes the only owner in history to win the Indianapolis 500, Daytona 500, Brickyard 400, Rolex 24 At Daytona, 12 Hours of Sebring and Le Mans 24 Hours.

The No. 66 Ford GT earns maximum FIA World Endurance Championship points from this event, which fires up the competition for the remainder of the WEC season. The IMSA Ford Chip Ganassi Racing team is flying high all the way back to the US for the next round of the WeatherTech SportsCar Championship at Watkins Glen on July 3.