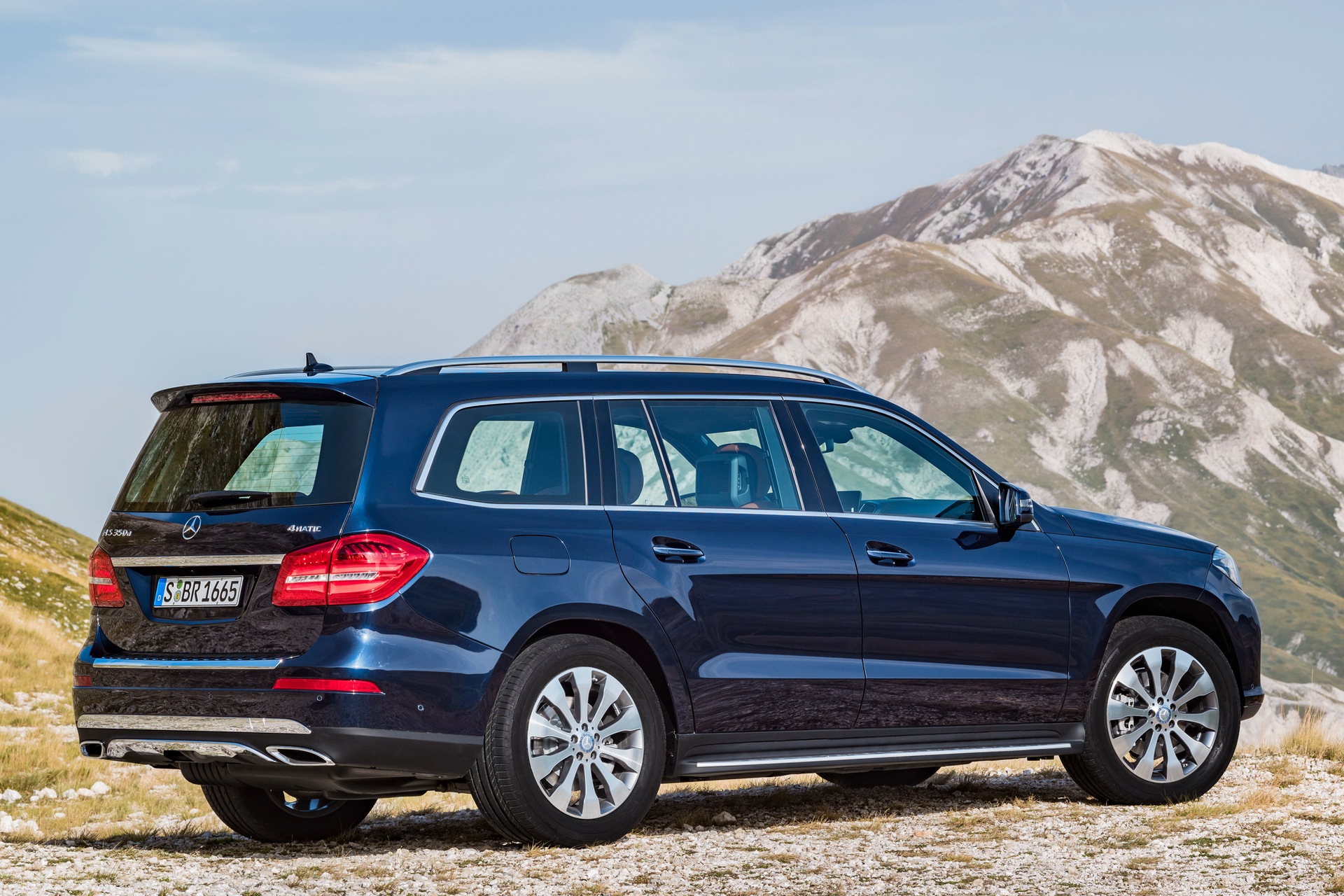 Full-size SUVs are nearly extinct in Europe. But here in the US, they still have demand. The general trend is that the modern full-size SUV has to be luxurious and extravagant and therefore don’t have to be fuel-efficient. You’ll find no full-size SUV with more than 25 MPG fuel consumption, for instance. Let’s see, what the exact numbers are. There is some controversy whether the GMC Acadia and other SUVs based on the GM Lambda platform are mid-size or full-size. Until recently, the length of every Lambda-based SUV exceeded 200 inches, so, technically, they were all full-size. However, GM insistently marketed them as mid-size SUVs, and, in order to underpin the market policy, the company made the all-new GMC Acadia shorter than 200 inches. Unfortunately, this does not affect the fuel efficiency, which is not so great for full-size SUV, not to mention some prominent mid-size examples. The Chevy Traverse is a Lambda-based sibling of the GMC Acadia, with identical powertrain and fuel efficiency. It is slightly longer and more expensive, though. Another (last one) member of the GM’s Lambda-based SUV family that can be distinguished only by the Buick badge, slightly different exterior & interior design, and luxury features. The Ford Flex is not particularly popular, but it has some interesting characteristics nonetheless. We’ve already mentioned it in our ‘best lists’ including Best SUVs with 6-Cylinder Engine and 3rd-Row Seating and The Most Affordable SUVs with 3rd-Row Seating. Apparently, it is also good at fuel efficiency. The Dodge Durango has a long history behind as a mid-size and later as a full-size SUV with nearly a dozen of different trims from basic and featureless to highly luxurious. The current-generation Durango surpasses its rivals from GM in fuel efficiency and loses only to a few. The Ford Explorer looks brightly into the future as one of the most fuel-efficient and best-selling SUVs in the class. It was mid-sized from 1991 to 2010 but grew larger since 2011. Range Rovers are known worldwide for their purebred luxury, off-road capabilities, and great design. Apparently, British engineers decided to add some more extravagance to their pricy SUV by implanting a fuel-efficient diesel engine. Thus, the Range Rover is one of the most fuel-efficient full-size SUVs now. An all-new dark horse from Mercedes-Benz that is a candidate for the title of the most fuel-efficient full-size SUV on the road. The exact fuel efficiency of this German caprice with a diesel engine is unknown, but experts predict that it can beat the Range Rover with ease.