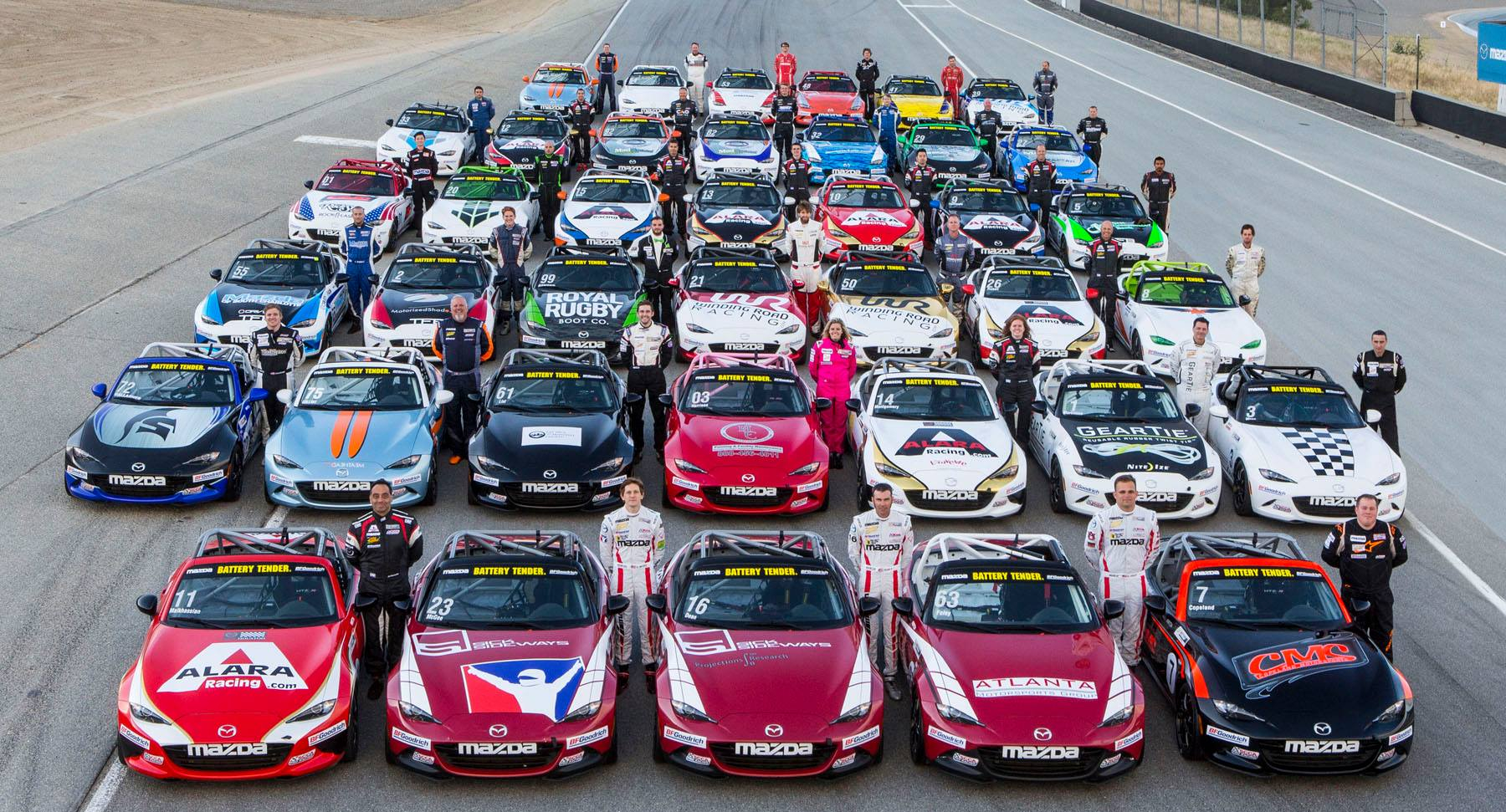 The Battery Tender Global Mazda MX-5 Cup presented by BFGoodrich Tires kicked off a new era for the series with an all new car this year. The first two doubleheader race weekends have seen close competition with four different winners. This weekend, teams will head to an iconic and fan-favorite track, Road America, in Elkhart Lake, Wisconsin.

John Doonan, director of motorsports, Mazda North American Operations, said, “The heart and soul of Mazda Motorsports is club racing. Bringing the MX-5 Cup to the Chicago Region June Sprints allows us to connect our SCCA club racers with the pros. We have seen so many great examples of Mazda racers jumping from club racing to MX-5 Cup with rapid success. I think the club racers will be amazed at the depth of field in this year’s MX-5 Cup.”

With three-dozen MX-5 Cup racers, there is never a shortage of great stories. Adding in the June Sprints with almost 100 additional Mazda race cars, on Father’s day weekend, it will be non-stop action for three days.

After the first four races, Dean Copeland leads the MX-5 Cup standings, thanks to consistent finishes at both Mazda Raceway and Watkins Glen. Drake Kemper and Nathanial Sparks are among the many who will be seeking their first win of the season at Road America.

The top three overall in points are:

The top three rookies are:

The Battery Tender MX-5 Cup is the signature spec series for the Mazda Road to 24 (#MRT24), the sports car counterpart to the Mazda Road to Indy (#MRTI). On both paths, Mazda-powered champions earn a Mazda scholarship to advance their career. The MX-5 Cup champion earns a $200,000 scholarship.