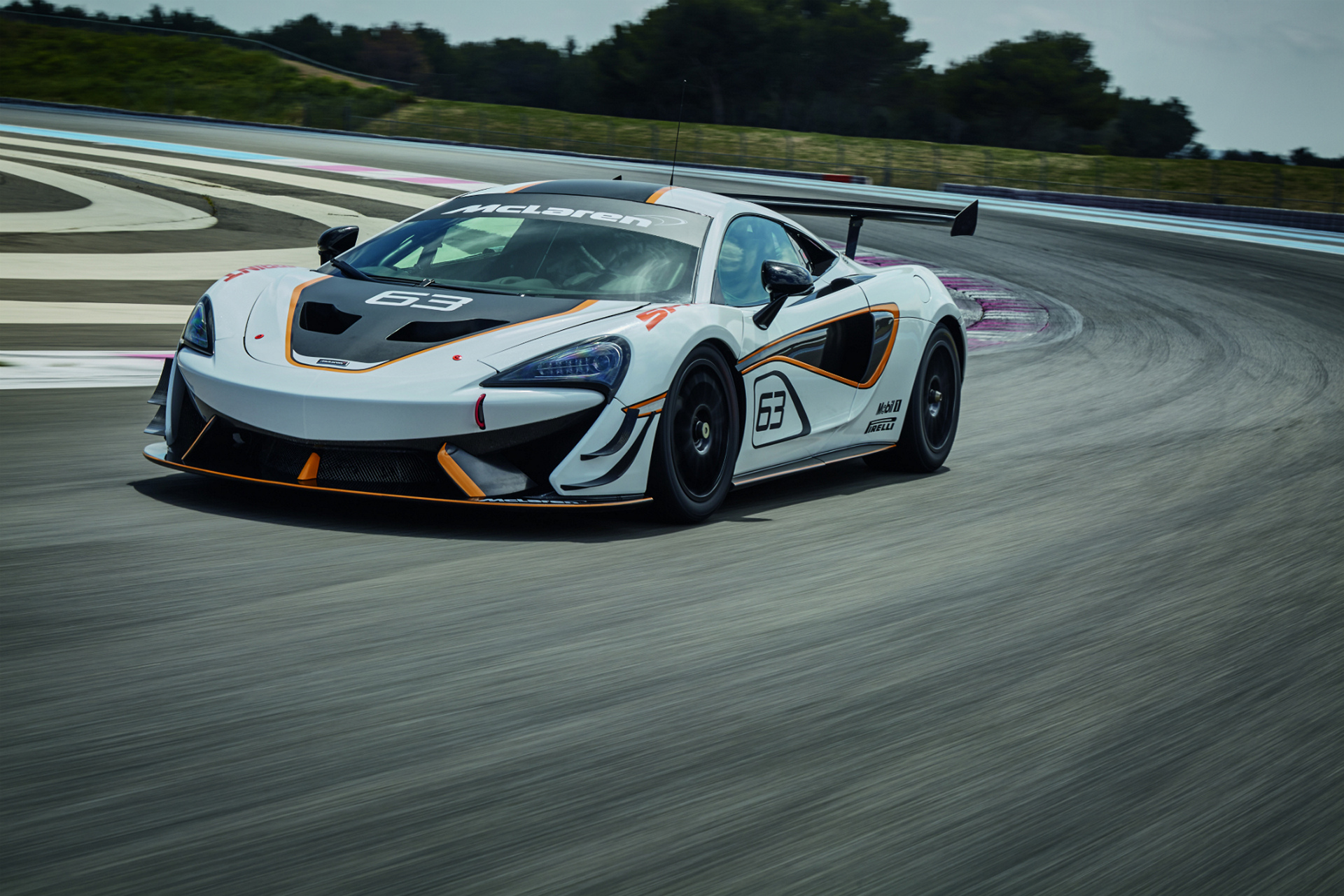 The recently-announced McLaren 570S Sprint will make both static and dynamic global debuts at this year’s Goodwood Festival of Speed as part of the largest presence by McLaren to date. 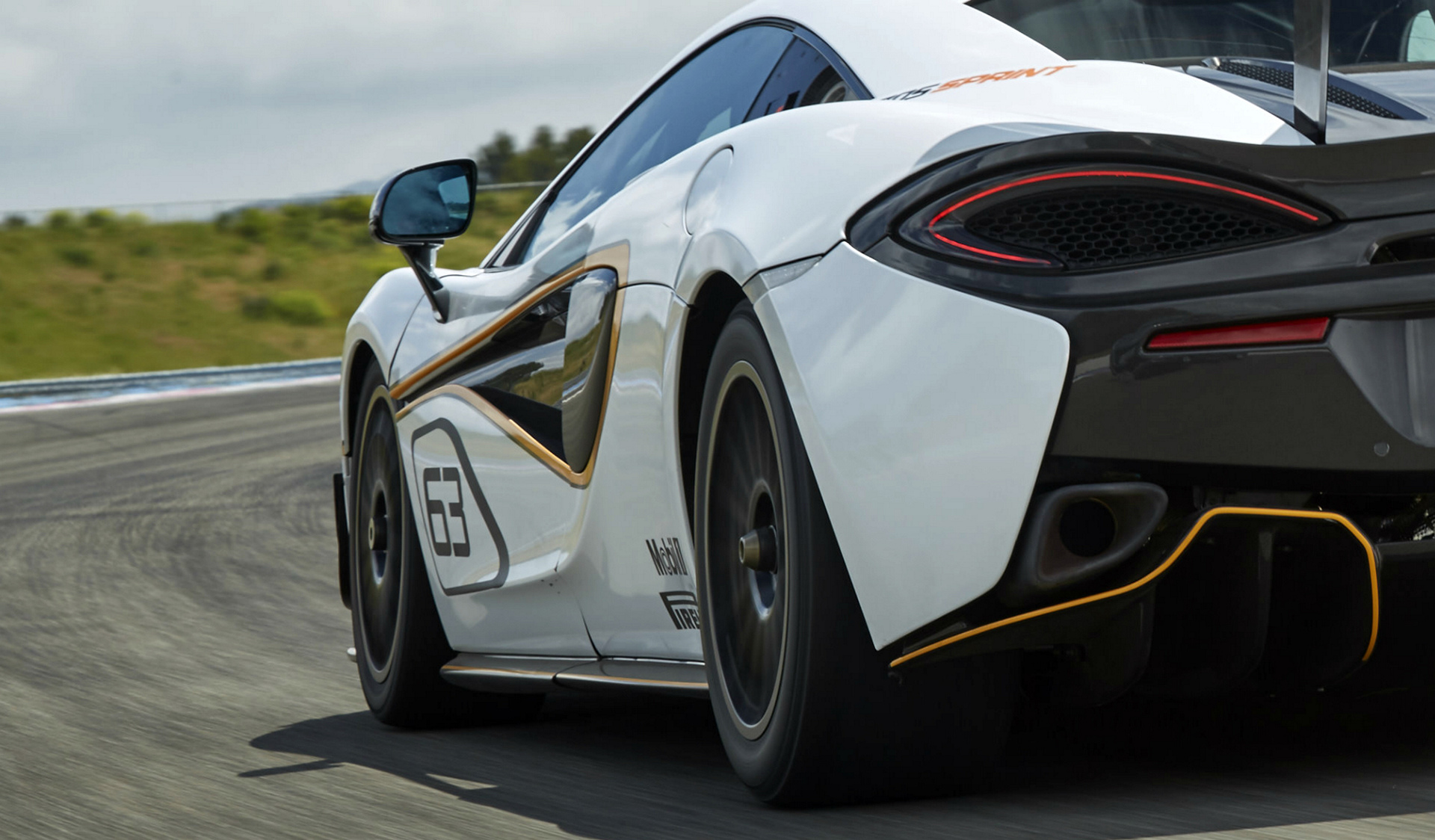 The track-only model will thrill crowds on the famous Hill run and be on public display in the Supercar Paddock alongside the McLaren P1™ GTR, 650S Can-Am, 570S Coupé and the 675LT Coupé which only recently set the fastest ever time around the BBC Top Gear track. A second example of the 570S Sprint will be on private view for McLaren guests at its central location, adjacent to Goodwood House. 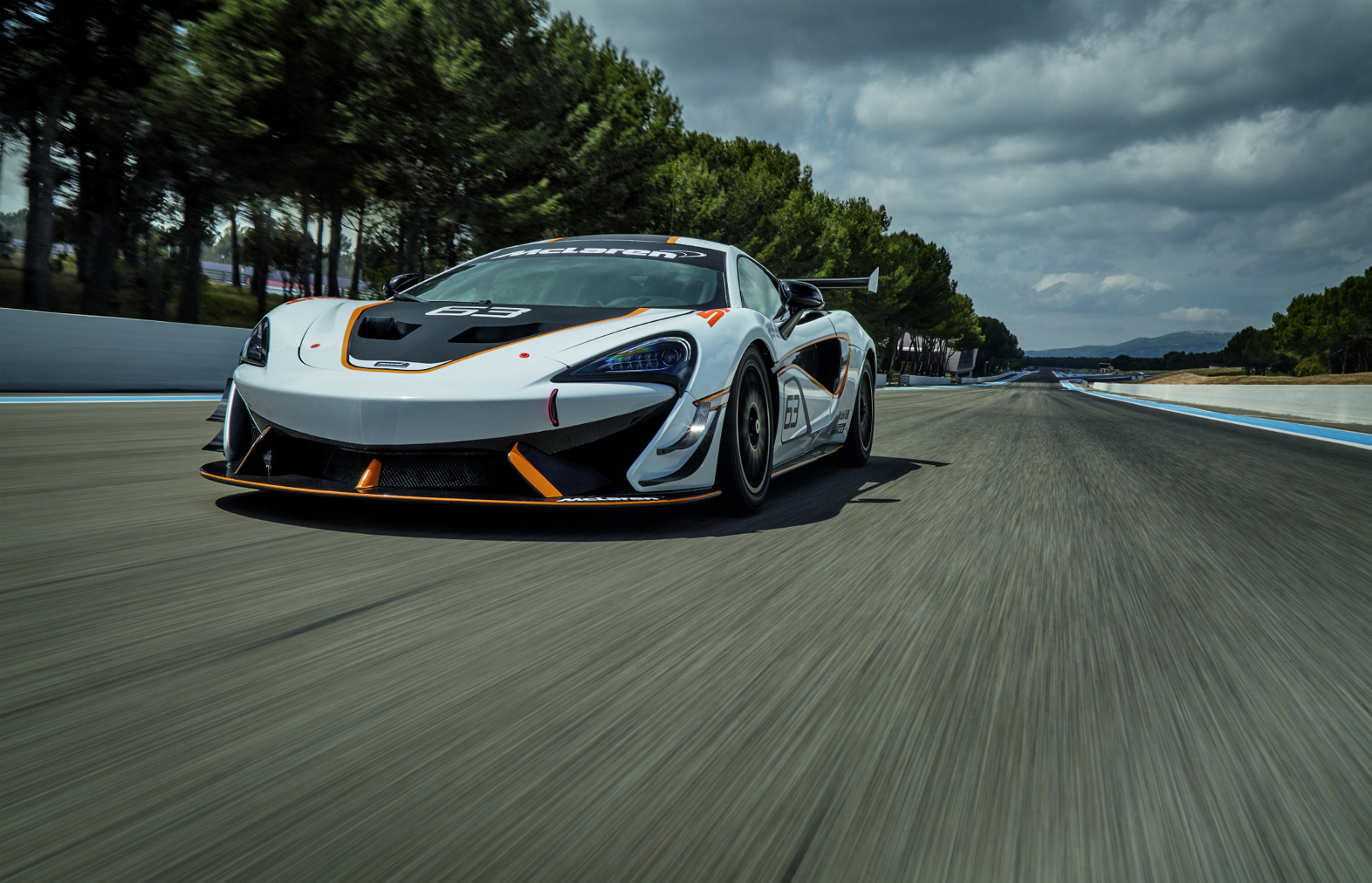 The 570S Sprint is the most track-focused model in the McLaren Sports Series line-up. It has been conceived purely for owners to enjoy on the track and without the restrictions of any race series. Power and torque levels have been optimised to ensure the ultimate levels of driver engagement and the best levels of noise, too, as visitors to Goodwood will soon hear. 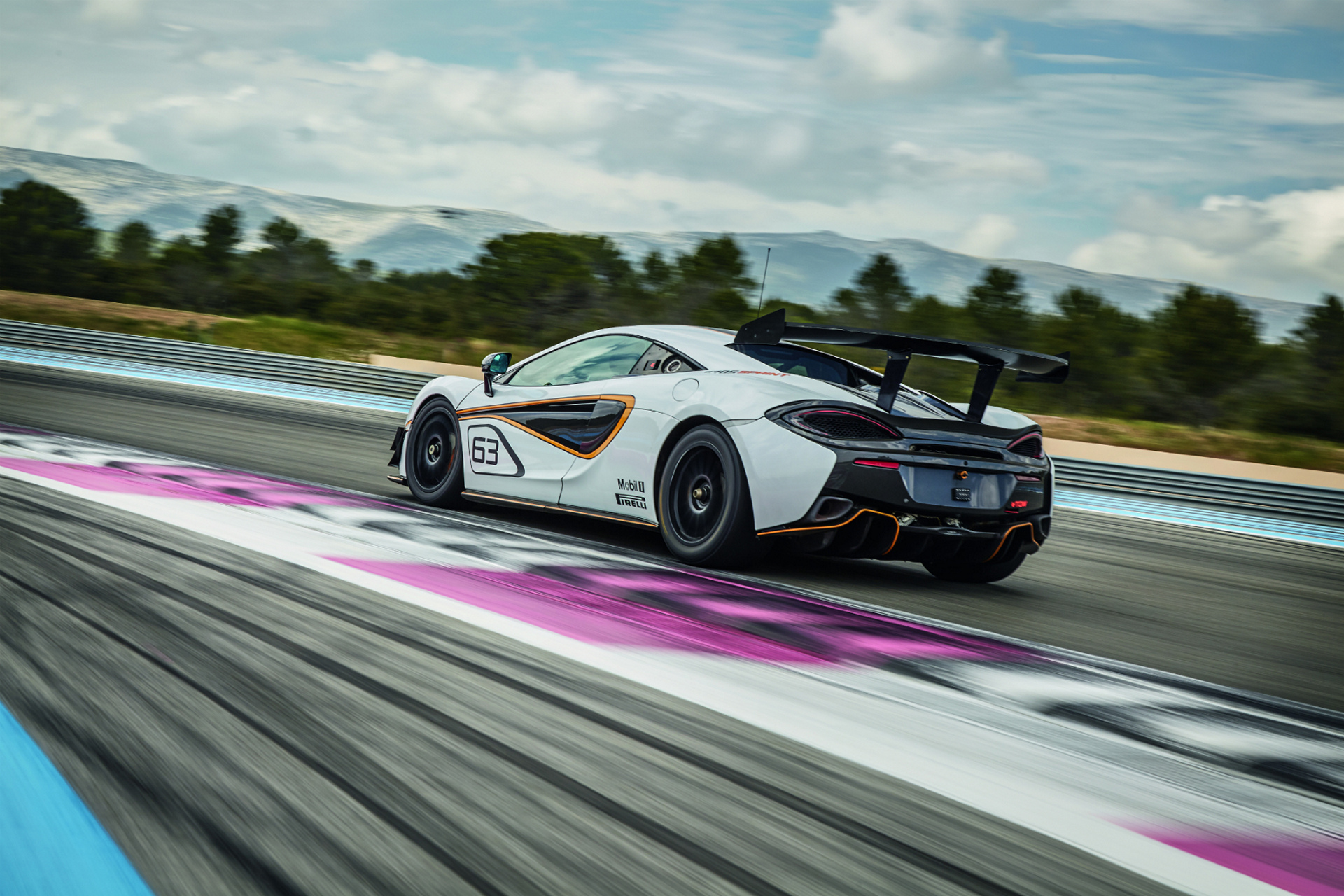 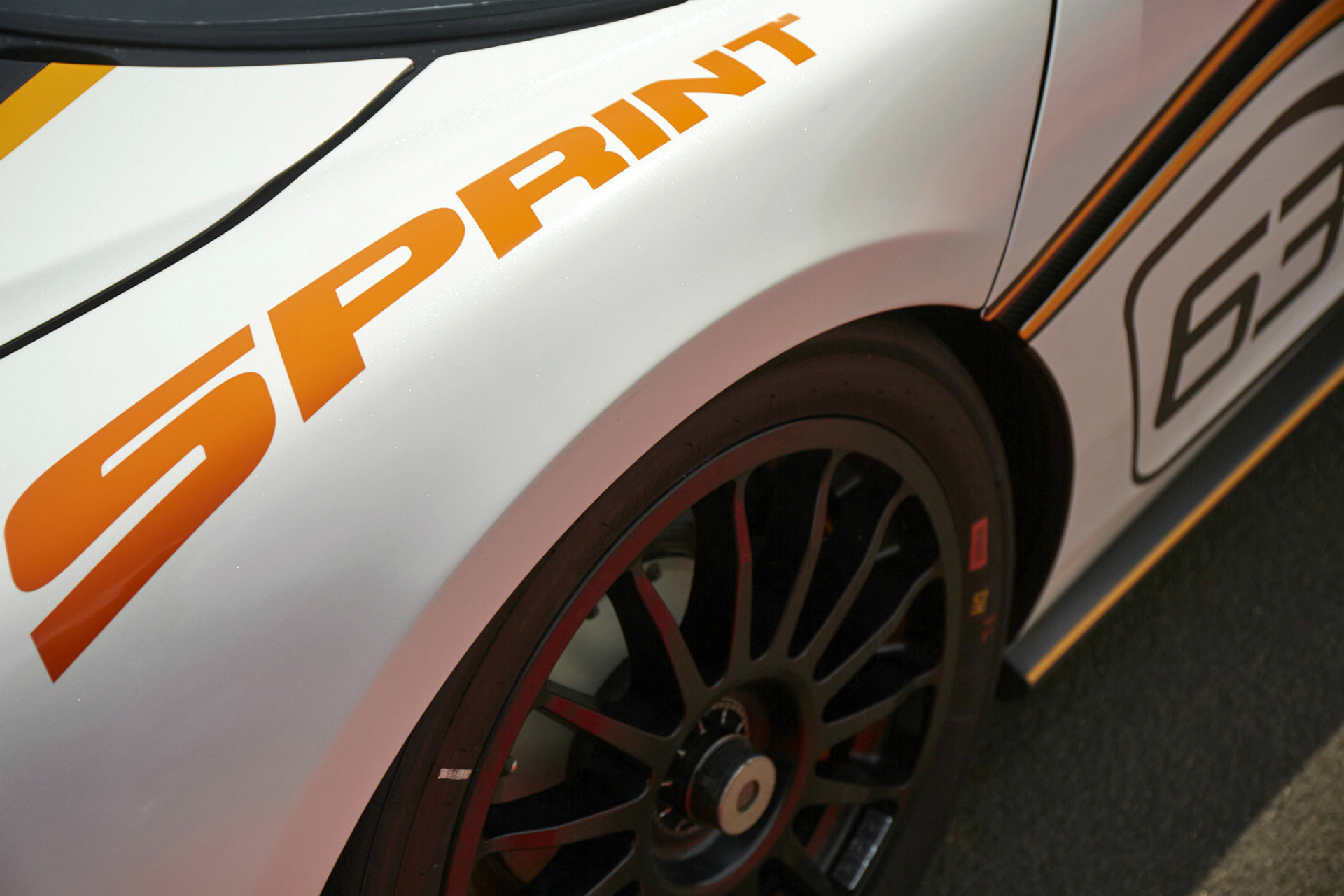 The 570S Sprint features enhanced cooling via a front centre GT3-inspired high temp radiator, along with a more aggressive front splitter and floor assembly as premiered on the 570S GT4. As standard, the 570S Sprint is filled with New Life™ 0W-40 engine oil, developed by McLaren Automotive technology partner Mobil 1. 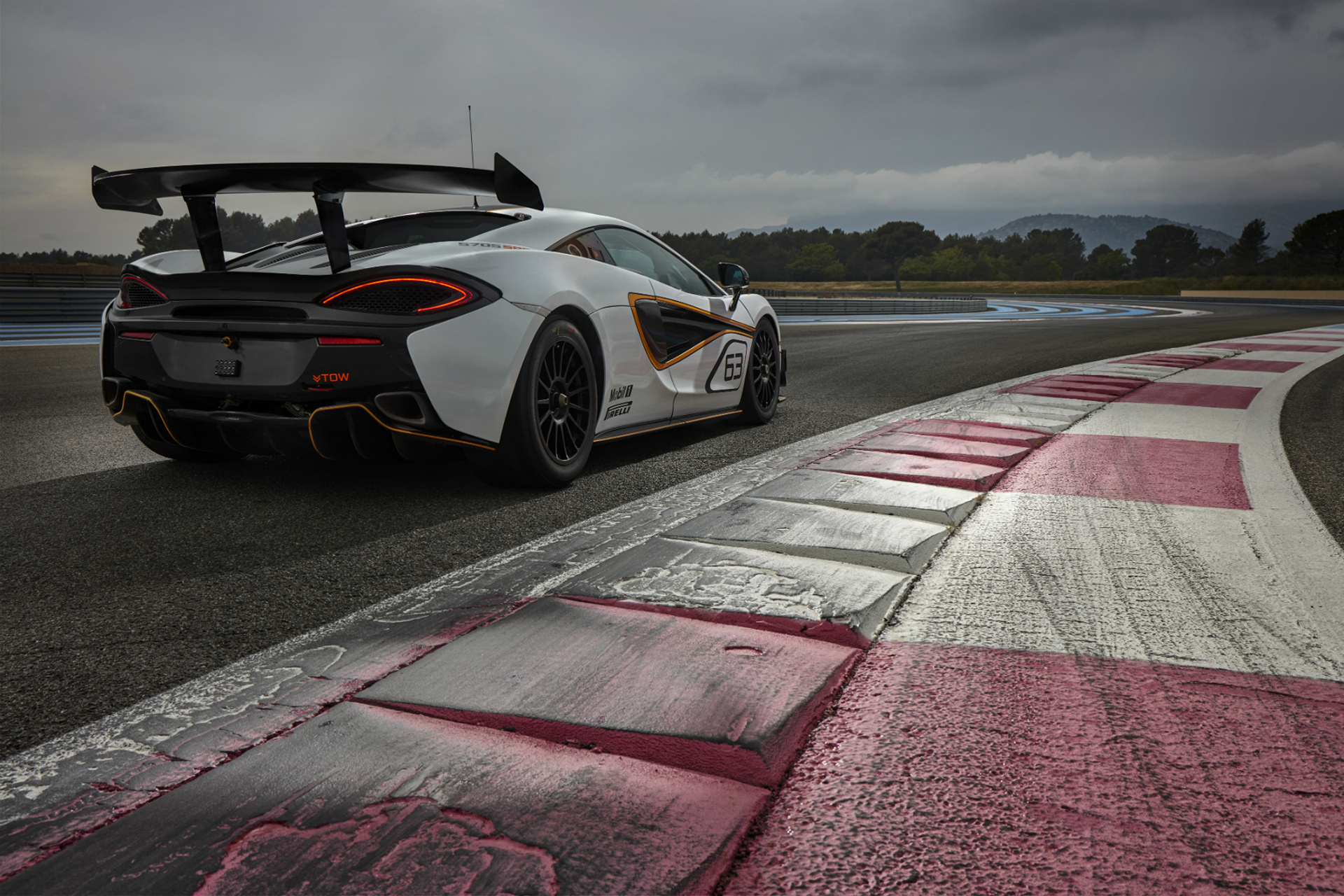 Based on the aerodynamic ‘shrink-wrapped’ design of the 570S Coupé, the 570S Sprint features an air piercing front bumper which separates the airflow above, below and through the bodywork, while the intricate design of the ‘floating’ door tendons channel air into the side-mounted radiators. The elegant flying buttresses are also retained. An additional aerodynamic upgrade which includes a large carbon fibre fixed rear wing and front dive planes, brings the highest level of downforce yet seen on any model in the Sports Series.

Centre-locking lightweight cast magnesium wheels shod with Pirelli racing slicks are fitted as standard, while the double wishbones and anti-roll bars front and rear are shared with the suspension system seen on the 570S Coupé. An optional motorsport air jacking system to aid wheel changes is also available.

Inside the stripped out, driver-focused cabin, an FIA-approved rollcage adds further protection to the lightweight carbon fibre MonoCell II chassis. The FIA-approved flat back driver, and optional passenger, seat are fitted with a six-point racing harness, and a fire extinguisher system is also installed as standard.

While the 570S Sprint is not homologated for any race series, a GT4 compliance pack is available as a further upgrade for the 570S Sprint. Having been developed in parallel to the 570S GT4 – currently completing its final testing phase in the live race environment of the British GT championship – the package includes all items required to meet the FIA standards for GT4 competition.

Finished in McLaren Orange as standard, the 570S Sprint can be optioned with any of the colour palette available on the Sports Series, along with a unique range of liveries through MSO Defined. Deliveries will commence in 2017 and pricing starts from £148,000 ex. works (local market pricing applies).