When One McLaren P1™ GTR is Not Enough 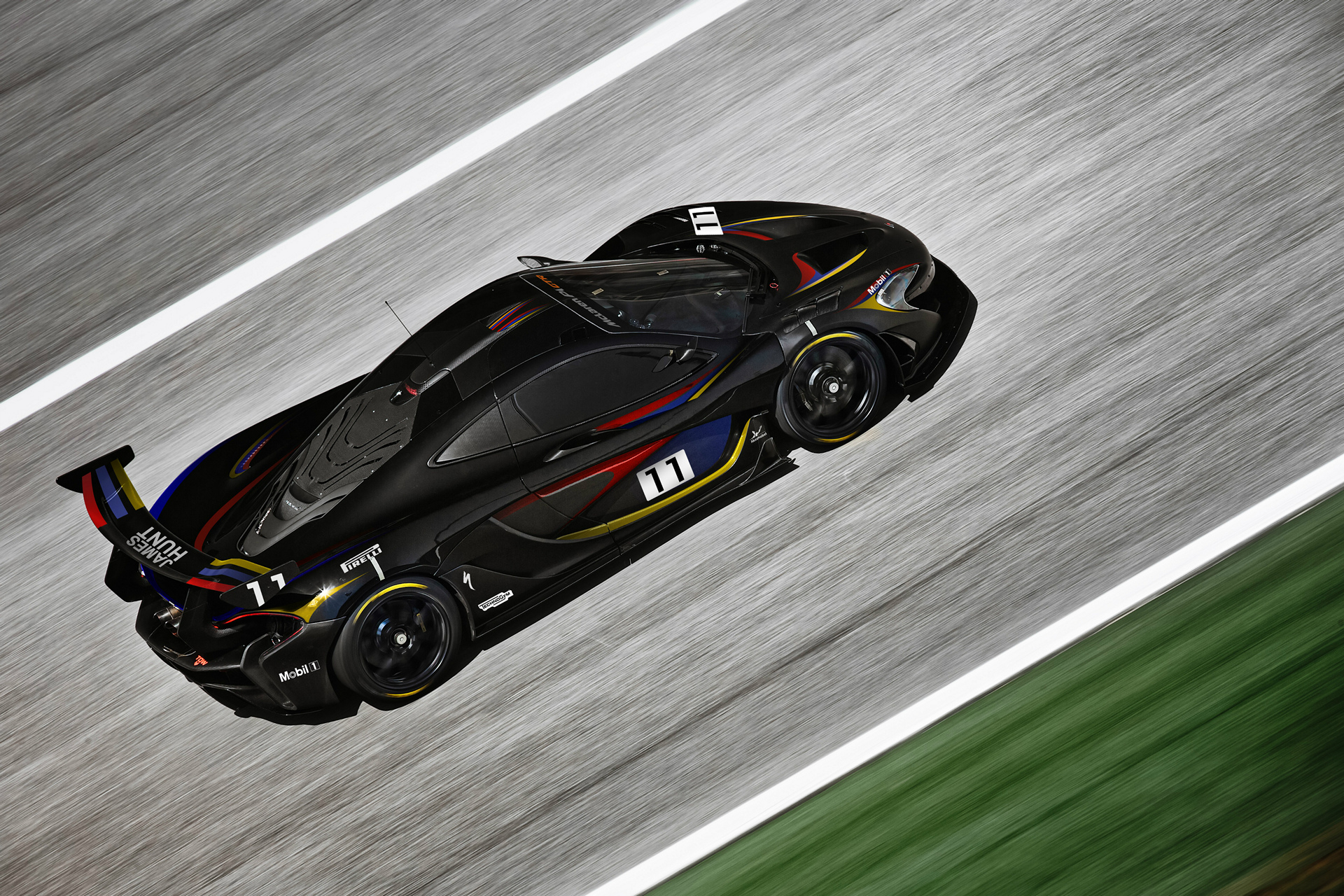 Not one, but two examples of the extraordinary McLaren P1™ GTR will be in action on the Hill over the Goodwood Festival of Speed weekend, between them producing nearly 2,000 horsepower.

The first is entered by McLaren Automotive as part of the Supercar Run and is being fitted with a special livery inspired by James Hunt’s famous race helmet, in honour of the 40th anniversary of his Formula 1™ championship win. The second is entered by Lanzante Ltd. and is an extensively modified version of the original which was initially created by McLaren Special Operations (MSO). The most obvious difference between them is that the Lanzante entrant is street legal, meaning the Lanzante team will attempt to set the fastest time of the weekend for a road car with 1999 Indy 500 winner and McLaren test driver, Kenny Bräck, behind the wheel. 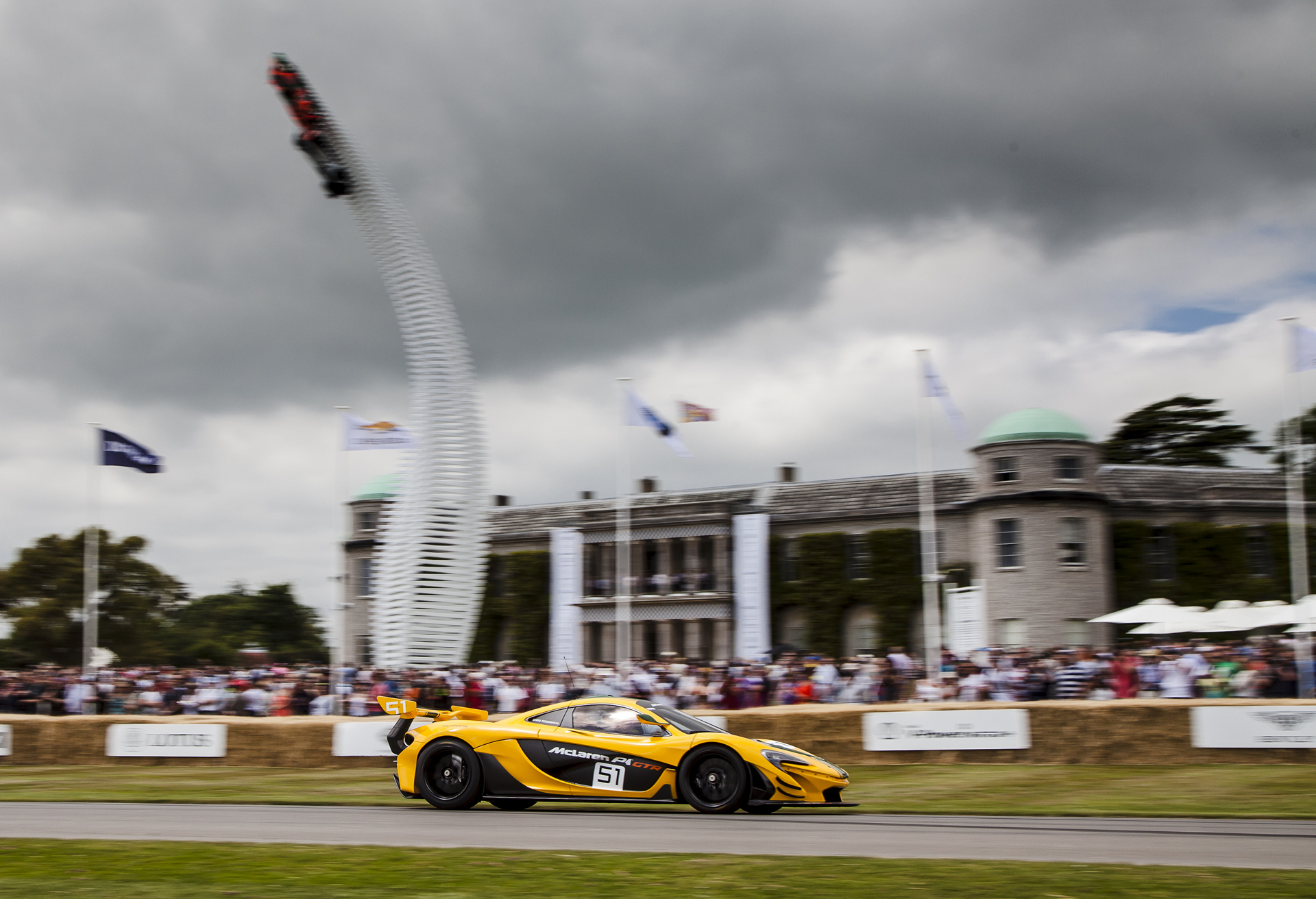 The McLaren P1™ GTR is the car that McLaren never intended to build. But when deliveries began of the road legal McLaren P1™, its first recipients called for an even more extreme version dedicated for track use. The bespoke division of McLaren Automotive, MSO, obliged confirming limited production of the car at the International Geneva Motor Show in 2015. For the near £2 million purchase price, their clients also had automatic entry into the ultimate McLaren ownership experience, the McLaren P1™ GTR Driver Programme, including exclusive events at international Formula 1™ circuits, access to the McLaren Racing driver simulator, and their own team of race technicians. To celebrate the 40th anniversary of James Hunt’s Driver’s Championship, as well as the fourth owners’ gathering for the McLaren P1™ GTR earlier this week at Silverstone, a one-off livery has been created by McLaren for the entry of the car in this year’s Festival. Its base colour of black teamed with red, yellow and blue stripes echo those of James Hunt’s race helmet, colours resembling his school colours. And among those gripping its Formula 1™-inspired steering wheel over the weekend will be McLaren P1™ GTR Driver Programme Mentor, Bruno Senna.

Lanzante Ltd. has extensive history with McLaren, not least as the company that ran the semi-works McLaren F1 GTR that won the 24 Hours of Le Mans in 1995. 21 years later, Lanzante is renewing its link to those evocative letters with a car that it says will bring together the best of the McLaren Ulimate Series, combining the track-focused McLaren P1™ GTR and its road car sibling in one. Lanzante has so far completed an experimental prototype and it is this which will take to Goodwood’s Hill in Class 25 for Modern GT Racers.

Visually, the Lanzante car resembles a McLaren P1™ GTR but with modifications for road use. These updates have been designed and developed by Lanzante Ltd.

In addition to a presence in both the Supercar and F1 paddocks, McLaren House will once again return to the lawns of the Goodwood Estate with iconic racers displayed alongside the full range of modern-day McLarens from across the Sports Series, Super Series and Ultimate Series. The broad selection of cars, spanning more than 50 years of the McLaren name, will be the most extensive display the company has ever showcased…including the new 570GT.