One of them won the 24 Hours of Le Mans in his first year as Porsche factory driver, and the other is now the Porsche program manager for the IMSA SportsCar Championship: Earl Bamber and Steffen Höllwarth.

There are days and moments in the life of a race driver that will never be forgotten. For Earl Bamber, June 14 in 2015 was one such day, and the awards ceremony following the 24 Hours of Le Mans one such moment. Together with his co-drivers Nick Tandy and Nico Hülkenberg, he stood on the platform high above the pit lane and basked in the applause of thousands of fans celebrating their victory behind the wheel of the 919 Hybrid in the world’s most famous endurance race.

“It was an incredible feeling to hold the trophy in my hands and be cheered by so many people,” says Bamber, a 25-year-old New Zealander. “If I had dreamt of winning Le Mans, that is the moment I would have woken up. But this dream has turned into reality.”

Bamber’s sensational success on the Circuit des 24 Heures is the current highlight in his rapid rise from a Porsche Junior driver to a factory driver and Le Mans champion—all of which happened in a little more than a year.

Promotion to the Porsche Mobil 1 Supercup 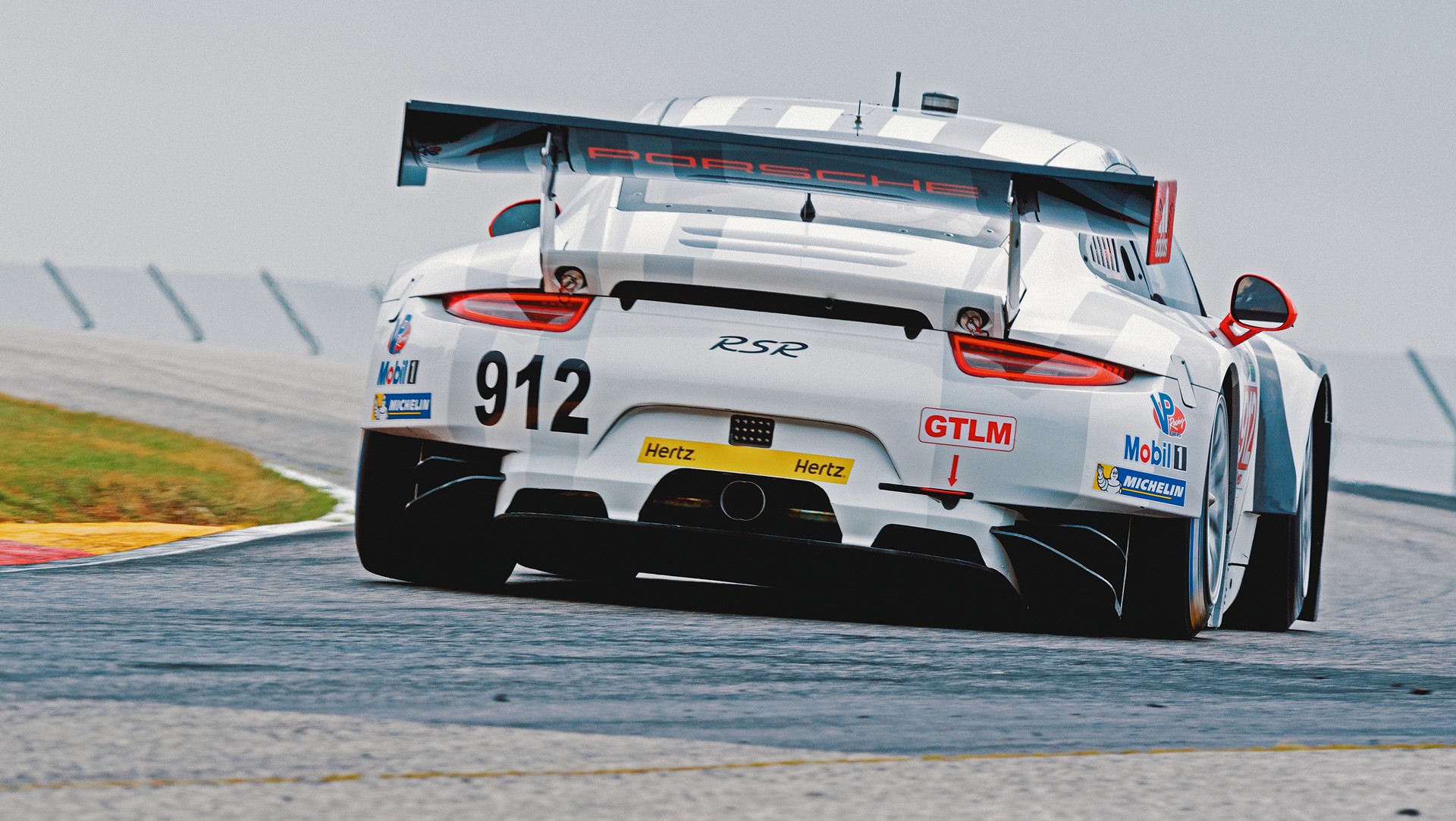 Bamber has always been a talented race driver. His career, which started with karting back in 2004, received a crucial boost by support from Porsche and from his competition in Porsche Cups. The first major step consisted of winning a scouting competition held for the most talented drivers from Porsche Cups worldwide.

“The selection process was tough,” he recalls. “In addition to clocking the fastest lap times we also had to demonstrate our understanding of engineering and our analytical skills in configuring a Porsche 911 GT3 Cup car.”

No one performed these tasks more convincingly than the newly crowned winner of the Porsche Carrera Cup Asia who had just flown in from New Zealand. Porsche rewarded him by promoting him to the international Porsche Mobil 1 Supercup for the 2014 season. In this top series of Porsche Cups held in conjunction with Formula One races, he quickly attracted further attention by winning the first race in Barcelona. At the end of the season, he was the champion.

“That was an amazing thing to win right away in my first year,” he says.

“Sometimes I couldn’t believe what was happening myself.”

“That was the opportunity of a lifetime.”

Porsche’s Young Professional Program, which was launched in 1997 with the UPS Porsche Junior Team, is truly a model of success. It not only gives its talented participants the chance to learn everything about driving and motorsports. It also schools them in fitness, media relations, time management, and whatever else they need to become superb race drivers.

Every member of the program thus far has become a professional racer. As Bamber reflects,

“That was the opportunity of a lifetime. It was obvious to me right away that I was in good hands. The professional training not only helped me in the races themselves, but also gave me a lot of self-confidence in general. I met great people and expanded my horizons in many different areas.”

Because races are won by teams, the Porsche program is not just focused on drivers. It extends very special support to young engineers as well, provided they bring the right knowledge, commitment, and passion. One of them is Steffen Höllwarth. A 32-year-old native of Ludwigsburg, he is Porsche Cars North America’s program manager for the Tudor United SportsCar Championship.

“During my automotive engineering studies, I did an internship in car body development in Weissach. That’s how it all got started,” says Höllwarth.

“In 2006, I was able to gain valuable experience developing suspension and axle systems as a student.”

In 2007 another internship brought him to Porsche Motorsport North America in Santa Ana. While still at Porsche he wrote his thesis on racing performance, which explored the identification of damper parameters by means of multiple-mass oscillation models. 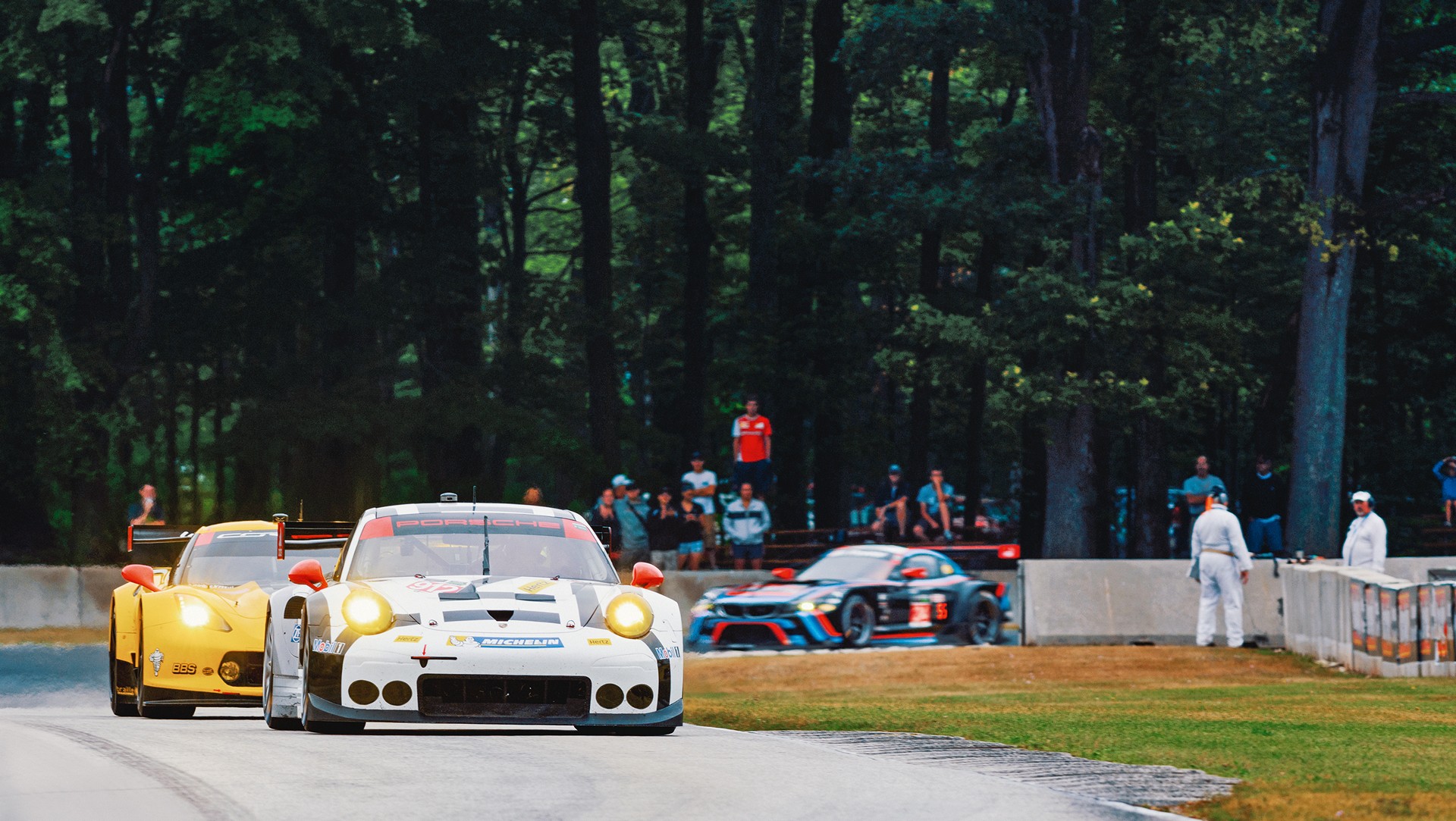 “I have always been passionately interested in racing—and Porsche. It’s a real gift to be able to combine the two in my career,” he says.

Since joining Porsche Motorsport as an engineer in October 2008, he has held a number of different positions. Among other things, he was in charge of technical services for the Supercup and Porsche GT racing worldwide, and the product manager for GT car sales. Since May of this year, he has been Porsche’s program manager in the Tudor United SportsCar Championship in the USA and Canada.

One of his drivers in this hotly contested series is Earl Bamber.

“Although Steffen is a young engineer, I can learn a lot from him,” says Bamber.

“We get along very well, including off the track. One thing we could work on more, though, is our tennis. We played together once in Weissach, and it was awful.”

“But it’s great fun to work with Earl and see how he develops,” he notes with reference to the fact that Bamber only became a factory driver at the start of this season.

Following successful tests with the Porsche 919 Hybrid, he promptly climbed the next rung of the career ladder to enter the LMP1 program. The 24 Hours of Le Mans was only his second race in the top level of endurance sports.

“He did a superb job, handling even the most extreme situations with such calm and precision you’d think he’d grown up on the Circuit des 24 Heures,” says Porsche Motorsport head Dr. Frank-Steffen Walliser.

“We’re very proud of Earl. And his win at Le Mans is yet another demonstration of the success and sustainability of the Porsche Young Professional Program.”

Most of the race engineers join Porsche as interns

Walliser also emphasized the role of the Porsche Cups in helping to launch the careers of young drivers who, like Bamber, bring the necessary talent, eagerness to learn, and determination to succeed.

“If you’re really fast, all doors at Porsche are open to you,” he says.

And the same applies to race engineers.

“We give people responsibility very early on by training them on the job. After earning your degree, it won’t be long before you’re heading your own test team. We expect you to be able to do that after a year.”

He attaches great importance to making sure race engineers are involved with development work on standard-series cars, thereby contributing to Porsche’s extensive exchange of information between the race track and the road. He also says it’s no coincidence that most of them join Porsche as interns.

“When you work together with someone for half a year, you get to know them well and see what they can do.”

Right from the start, Höllwarth and Bamber have been showing what they can do at Porsche.