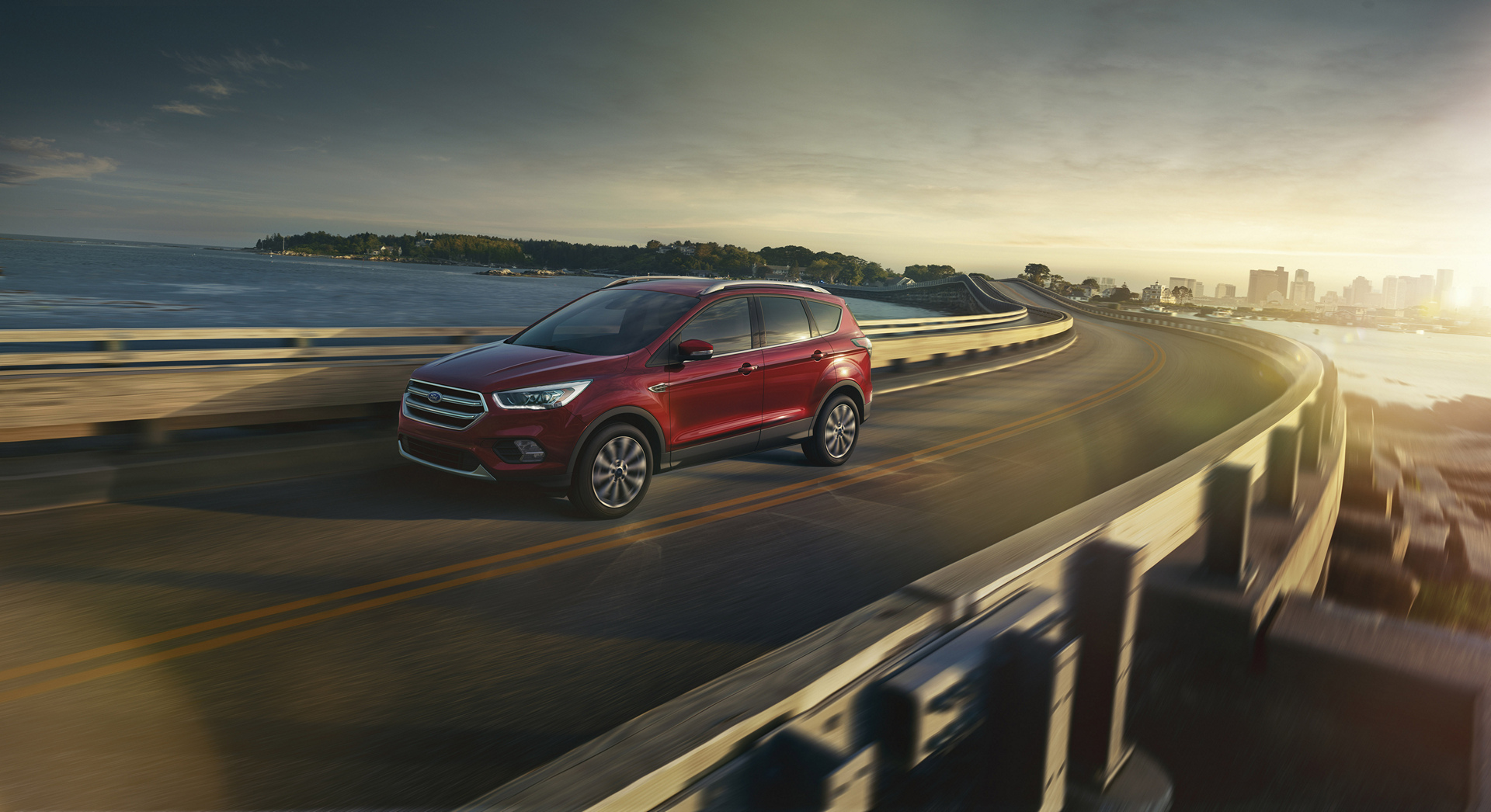 It’s called “The Runner,” but contestants are getting some help from the new 2017 Ford Escape as they keep their eyes on a cash prize.

A first-of-its-kind reality show, “The Runner” was created by executive producers Matt Damon and Ben Affleck. It centers on one individual – the Runner – scrambling to make it across the United States while five two-person teams, with the help of those at home, give chase. Viewers can root for a particular chase team, and use social media to provide clues as to the Runner’s location at any given time.

Ford Motor Company and Verizon’s Go90™ mobile app have formed an expansive marketing collaboration that puts the 2017 Ford Escape at the center of “The Runner,” which begins airing live today on the Go90 app – available on Apple or Android mobile devices – as well as on AOL.com and Xbox. The show runs through July.

Kevin Schad, Escape brand manager, says Escape’s adventurous, unstoppable spirit fits with the mindset of the innovative new show. “With live daily content that invites viewers to participate, ‘The Runner’ is an ideal program to showcase the innovative technologies of the new Ford Escape,” he says. “It’s a natural fit.”

The deal makes Ford the title sponsor of the show, one of the first Go90 programs to be distributed across AOL’s content properties. Along with “The Runner,” users of the Go90 app can watch a variety of other programming including exclusive originals, sports, live events and prime-time shows from networks such as HBO, Comedy Central and BuzzFeed.

As part of its title sponsorship, Ford is featuring the 2017 Escape through a three-pronged strategy covering brand-based challenges, product integration, and social media partnerships that capitalize on live, hosted daily segments of the competition. Contestants take on challenges, and features and attributes of the new Ford Escape – such as SYNC® 3, voice-activated phone call and text message capability, foot-activated liftgate and cargo space – play an integral role in helping them overcome the challenges.

“The Runner” is set to feature three new episodes a day throughout the month, enabling viewers to track the participants’ cross-country progress. AOL and Go90 will distribute co-branded content across their social platforms, including YouTube, Snapchat, Facebook and Twitter. Ford will distribute branded content on its social media channels.

On sale now at dealerships across the United States, the 2017 Ford Escape is updated with available smart technology such as SYNC 3 and fuel-saving Auto Start-Stop. Available driver-assist technologies include adaptive cruise control and collision warning with brake support, a lane-keeping system and enhanced active park assist.