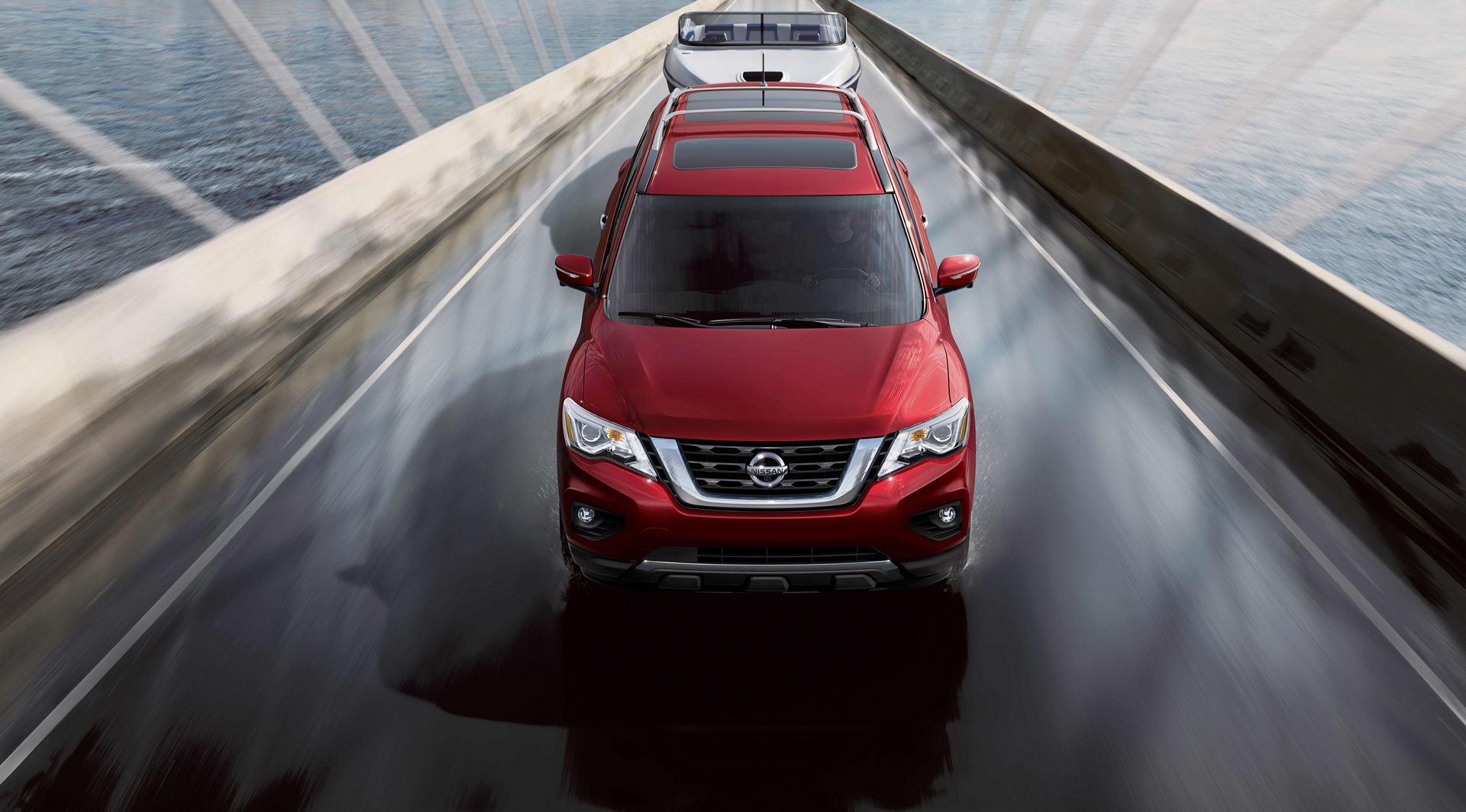 In the mid-1980s, compact pickup trucks were making major inroads in the United States truck market. With their affordable prices, favorable fuel economy and easy maneuverability, they were perfect for recreational use – especially when topped with an aftermarket camper shell.

As Nissan was getting ready to launch a new generation of its pickup, which came to be called the “Hardbody” for its durable double-wall pickup bed and aggressive styling, the company rolled out a surprise – a full-bodied SUV based on the new truck’s platform. It was called, in the U.S., the Pathfinder.

Thirty years later, Pathfinder remains one of Nissan’s best-known and popular nameplates. Following is a brief history as the new 2017 Pathfinder opens the next chapter of the iconic SUV’s proud heritage.

Introduced in 1986 as a 1987 model, the two-door Pathfinder was a trend-setter, sharing its aggressive front end styling with the Hardbody pickup, including the three horizontal slots on the front edge of the hood. Underneath, the rugged body-on-frame platform proved popular with off-road enthusiasts – especially combined with a relatively roomy and comfortable interior. Halfway through the first generation run (1990 model year), two rear doors were added – complete with what became Pathfinder’s signature “hidden” C-pillar mounted rear door handles. 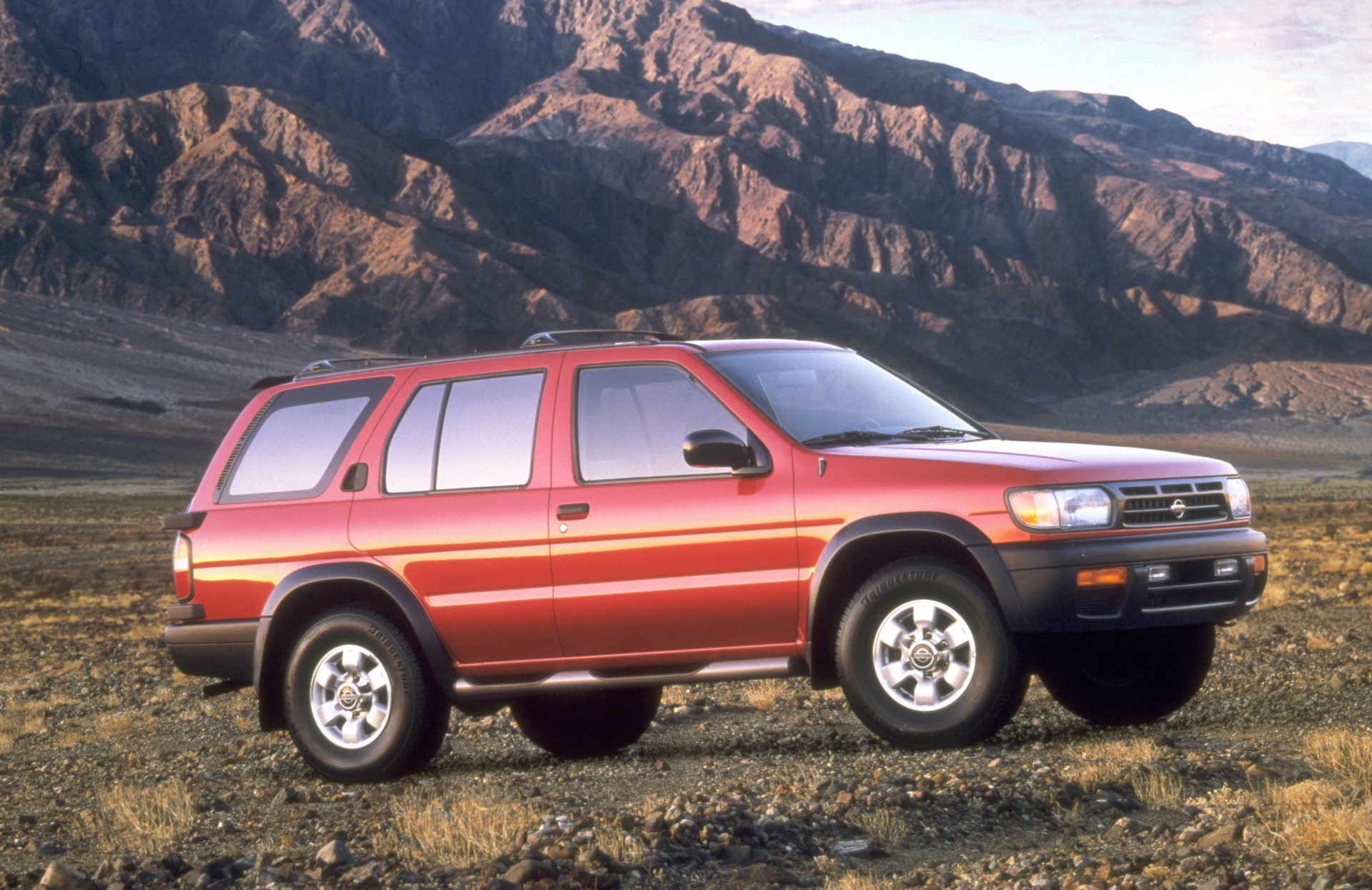 For the 1996 model year, Pathfinder switched to a unibody platform and adopted new, more aerodynamic styling – separating Pathfinder from the Nissan pickup design. Engine displacement grew to 3.3-liters and horsepower increased to 168 hp. Additional refinements in handling and ride were priorities, and strong sales followed as a result.

For the 2001 model year, Pathfinder switched to the 3.5-liter V6, part of the award winning VQ-series engine family. Producing 250 horsepower (with a five-speed manual, 240 horsepower for the automatic), the new engine was well received by consumers – as were the family friendly interior features and technology, such as a Navigation system with a unique three-dimensional “Birdview” display. 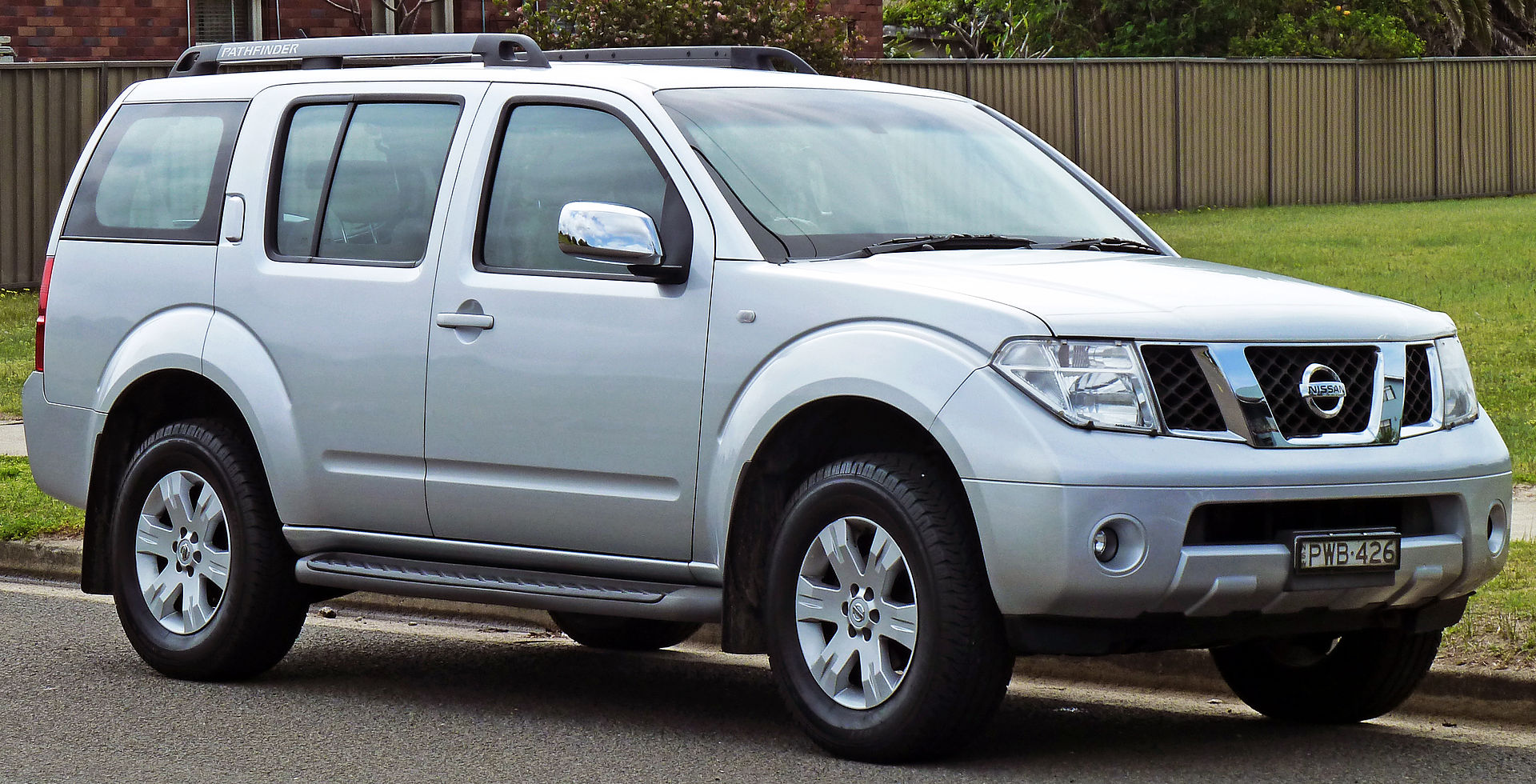 The third-generation Pathfinder made its world debut at the 2004 North American International Auto Show, along with new generations of the Frontier pickup and Xterra SUV. With the new 2005 model, Pathfinder returned to body-on-frame construction, using a modified version of the F-Alpha platform developed for the then-new Titan full-size pickup and Armada full-size SUV. A split fold-down 3rd row seat gave Pathfinder seven-passenger capability for the first time. Pathfinder celebrated its 25th anniversary with the 2011 model year.

The third generation’s standard powerplant was a larger 4.0-liter V6 rated at 266 horsepower and a hefty 288 lb-ft of torque. For the 2008 model year, Pathfinder was available with a V8 engine for the first time – borrowing the full-size Armada’s 310-horsepower 5.6-liter V8. With 388 lb-ft of torque a Pathfinder V8 could tow up to 7,000 lbs. (when properly equipped). 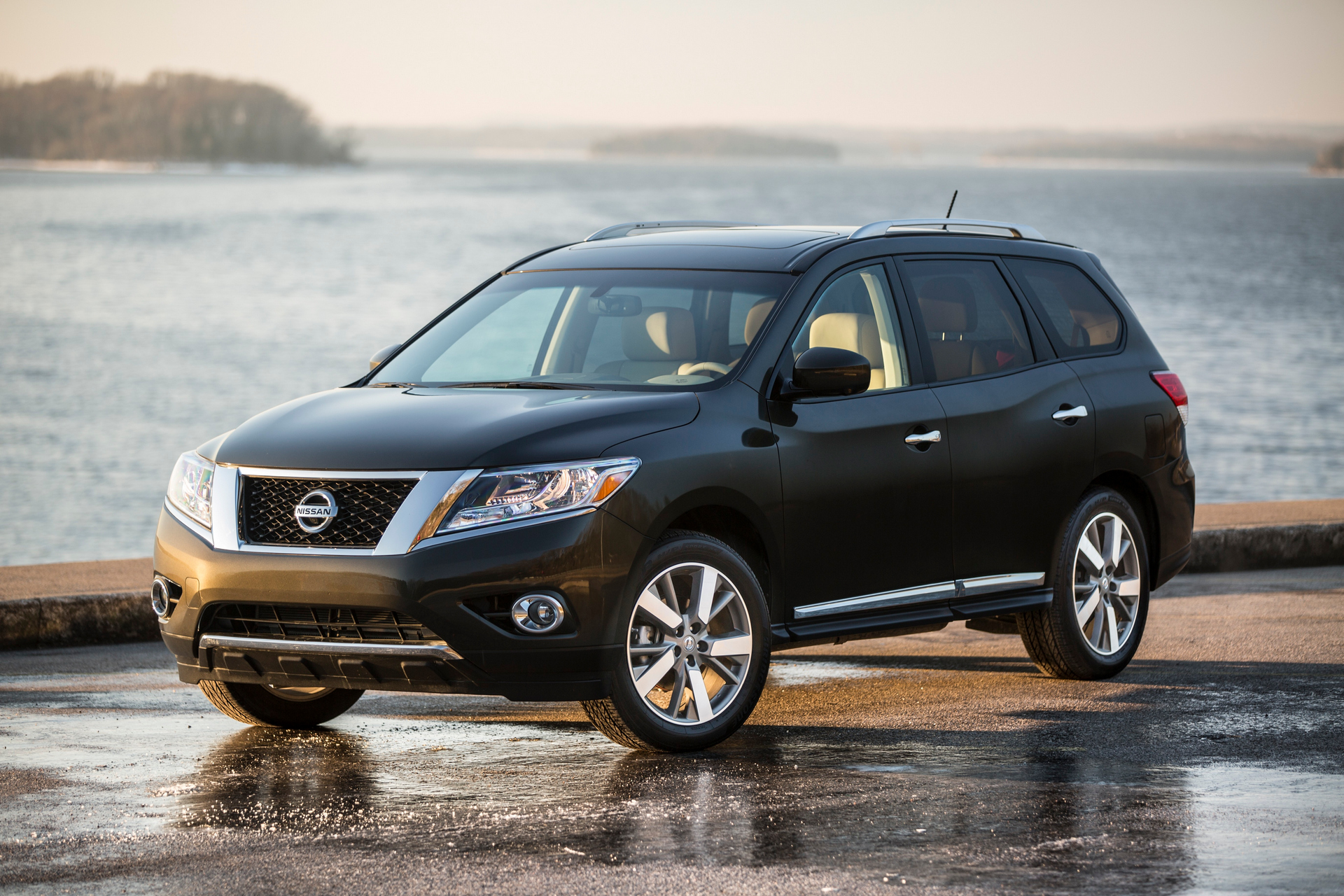 With the introduction of the all-new 4th generation, Pathfinder provided capability with comfortable seating for seven, intuitive 4WD and 5000-pound standard towing capacity – along with an unprecedented level of premium style, comfort, fuel economy and thoughtful technology.

Addressing buyers’ desire for more efficiency in every aspect of their lives, the all-new 2013 Pathfinder utilized a refined new drivetrain featuring a 240 horsepower 3.5-liter DOHC V6 engine mated to a next-generation Xtronic transmission to help provide a 30 percent increase in combined City/Highway fuel economy over the previous V6-equipped 2012 Pathfinder model – up to 27 MPG highway. Use of a unibody platform provided numerous benefits, including a flat floor for enhanced interior packaging flexibility and more space. Overall interior roominess increased by 8.4 cubic feet versus the previous Pathfinder design.

The fourth generation Pathfinder also introduced a long list of innovations, starting with its EZ Flex™ Seating System with 5.5 inches of 2nd row seat travel for ease of entry and exit to the 3rd row. The 60/40-split 2nd row featured innovative LATCH AND GLIDE™ technology that allowed forward movement and access to the 3rd row with a child safety seat remaining securely in place (on the passenger curb side). 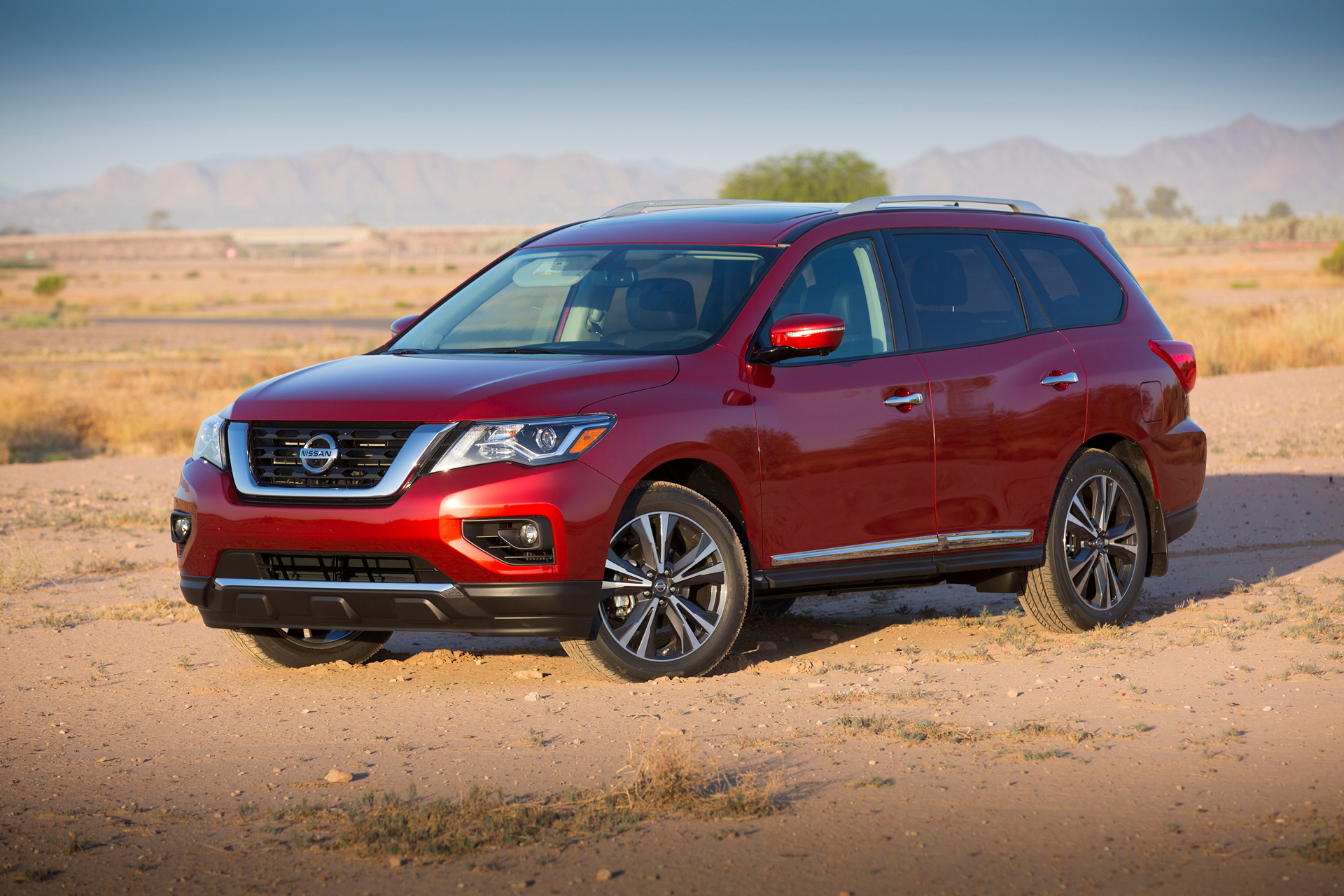 Reborn for the 2017 model year with more adventure capability, more power and towing capability, a freshened exterior look and new available driver assistance technology features, the new 2017 Pathfinder takes the nameplate to the highest level of performance, technology and style ever.