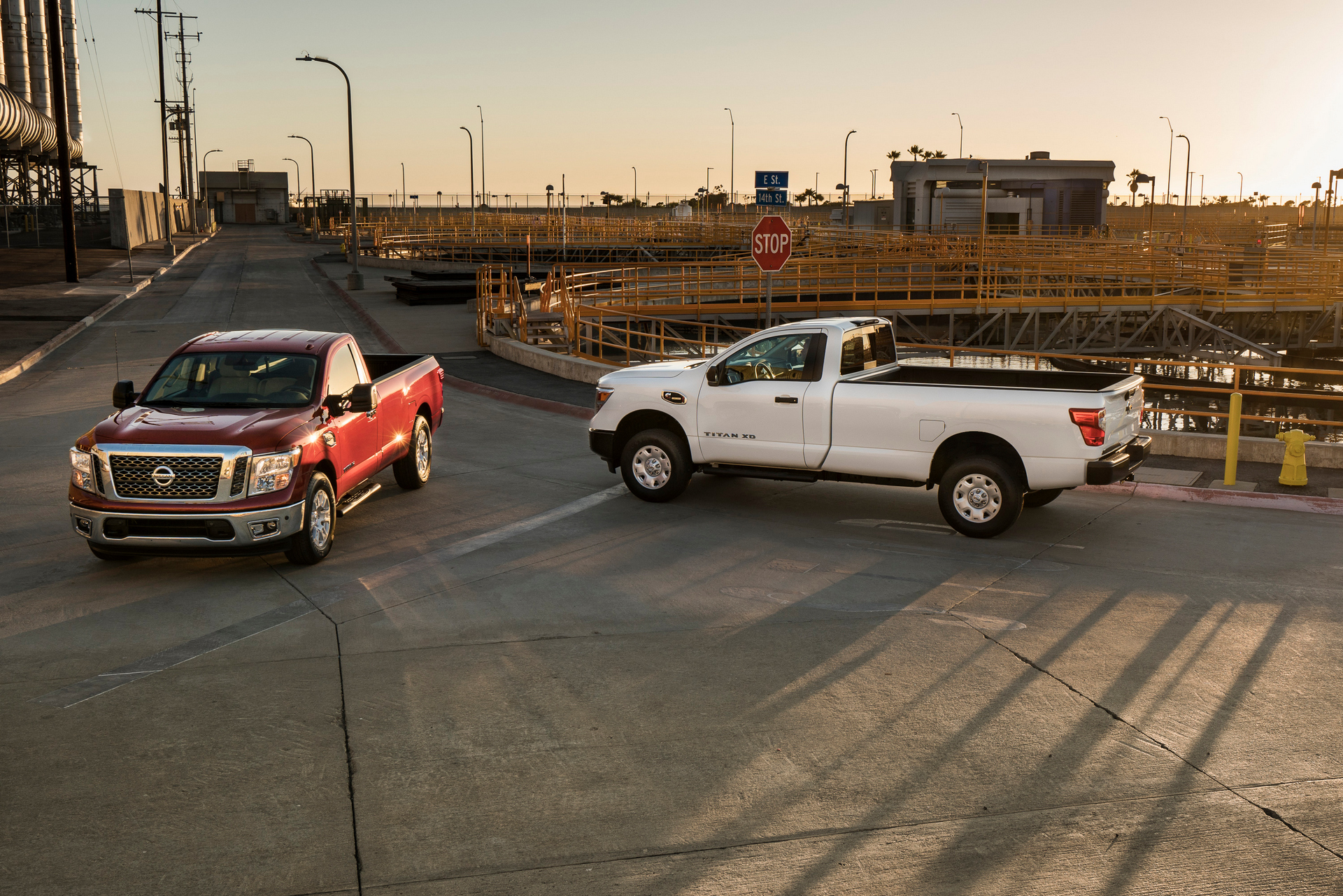 The next chapter of Nissan’s “Year of the Truck” was unveiled today with a sneak peek of the latest members of the TITAN full-size pickup family – the 2017 TITAN XD and TITAN Single Cab models.

The first-ever single cab offering in TITAN history, the new trucks are designed to provide an affordable and rugged entry-point in the commercial fleet/work truck market. The Single Cab is the second of three eventual TITAN body configurations, joining the current Crew Cab and future King Cab. The Single Cab models are scheduled to go on sale in late fall 2016.

“Once we complete the roll-out of all TITAN cab, bed, powertrain and grade level configurations, our all-new TITAN family will cover about 85 percent of the total light pickup marketplace,” said Rich Miller, director of Product Planning for Trucks, SUVs and Commercial Vehicles, Nissan North America, Inc. and chief product specialist for TITAN and TITAN XD. “More importantly, the TITAN XD and TITAN single cabs will have the power, torque, heavy duty chassis and durability demanded by today’s demanding worksites – including the highest towing capacities and payloads in the lineup.”

TITAN will ultimately be available in a total of three cabs, three bed lengths, three engines, 4×4 and 4×2 drive and S, SV, SL, PRO-4X and Platinum Reserve trim levels. The new single cab will be offered in both TITAN XD and TITAN configurations, with both versions sharing the same cab dimensions and 8.0-foot pickup beds but completely separate fully boxed ladder frame chassis.

The TITAN XD Single Cab, like the TITAN XD Crew Cab, will be offered in a choice of two engines – the Cummins® 5.0L V8 Turbo Diesel, which is rated at 310 horsepower and 555 lb-ft of torque; and the 5.6-liter Endurance V8, rated at 390 horsepower and 394 lb-ft of torque. The TITAN Single Cab, with about a foot shorter wheelbase, will be offered initially with the new 5.6-liter Endurance V8 (a V6 engine will be available at a later date). Diesel equipped models feature an Aisin 6-speed automatic transmission and V8 gasoline engine equipped versions will utilize a 7-speed automatic transmission.

Along with a choice of 4×4 and 4×2 drive configurations, two grade levels will be available with both TITAN XD and TITAN Single Cabs – S and SV, along with a number of optional equipment packages.

“The new Single Cab takes TITAN into new territory, bringing the innovative design and bed utility that TITAN has been known for to a wider base of commercial use buyers,” added Miller.