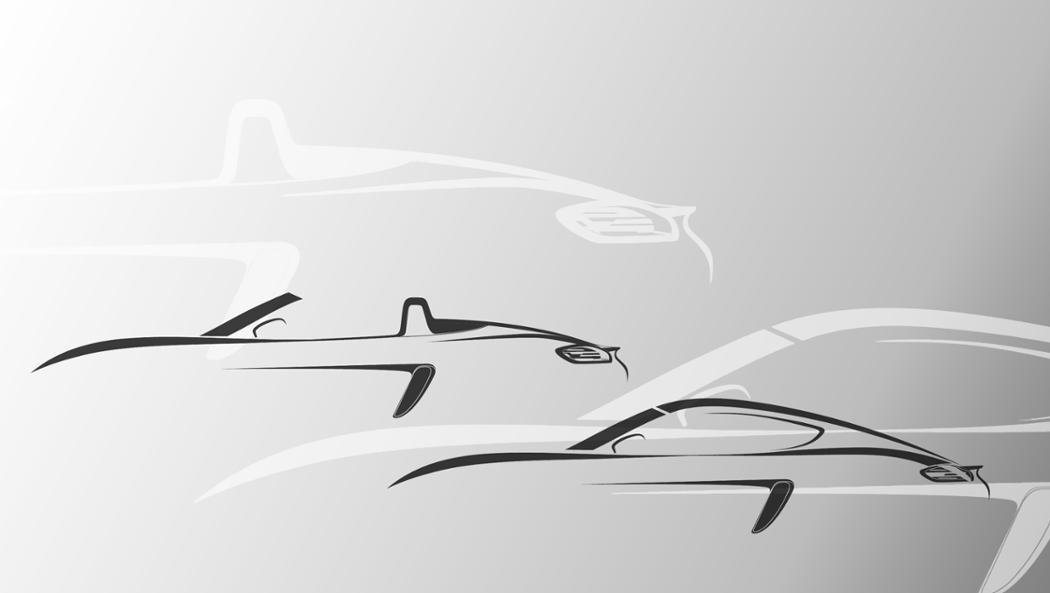 The 718 Boxster and 718 Cayman – these will be the new names of the two-door mid-engine sports cars from Porsche effective with the 2016 model changeover.

The 718 model series is a continuation of the proven four-cylinder concept and the history of distinguished Porsche sports cars. The latest example is the 919 Hybrid LMP1 race car, which also has a highly-efficient, turbocharged four-cylinder engine with just 2 litres of displacement. So, not only did Porsche finish first and second in the 24 hours of Le Mans, but most recently it also won the manufacturer’s and driver’s championship titles in the WEC World Endurance Championship. With these victories, the 919 Hybrid has opened up the prospects for the performance potential of future sports car engines from Porsche. The new model series is named after the 718

In 2014, Porsche returned to the top category of the famous endurance race in Le Mans and the WEC world endurance championship with the 919 Hybrid race car. The LMP1 vehicle, which was designed for extreme efficiency, is the most complex race car that Porsche has ever built. It serves as a platform for fundamental technology research for future production models – combining two different energy recovery systems with a two-litre four-cylinder turbocharged engine.