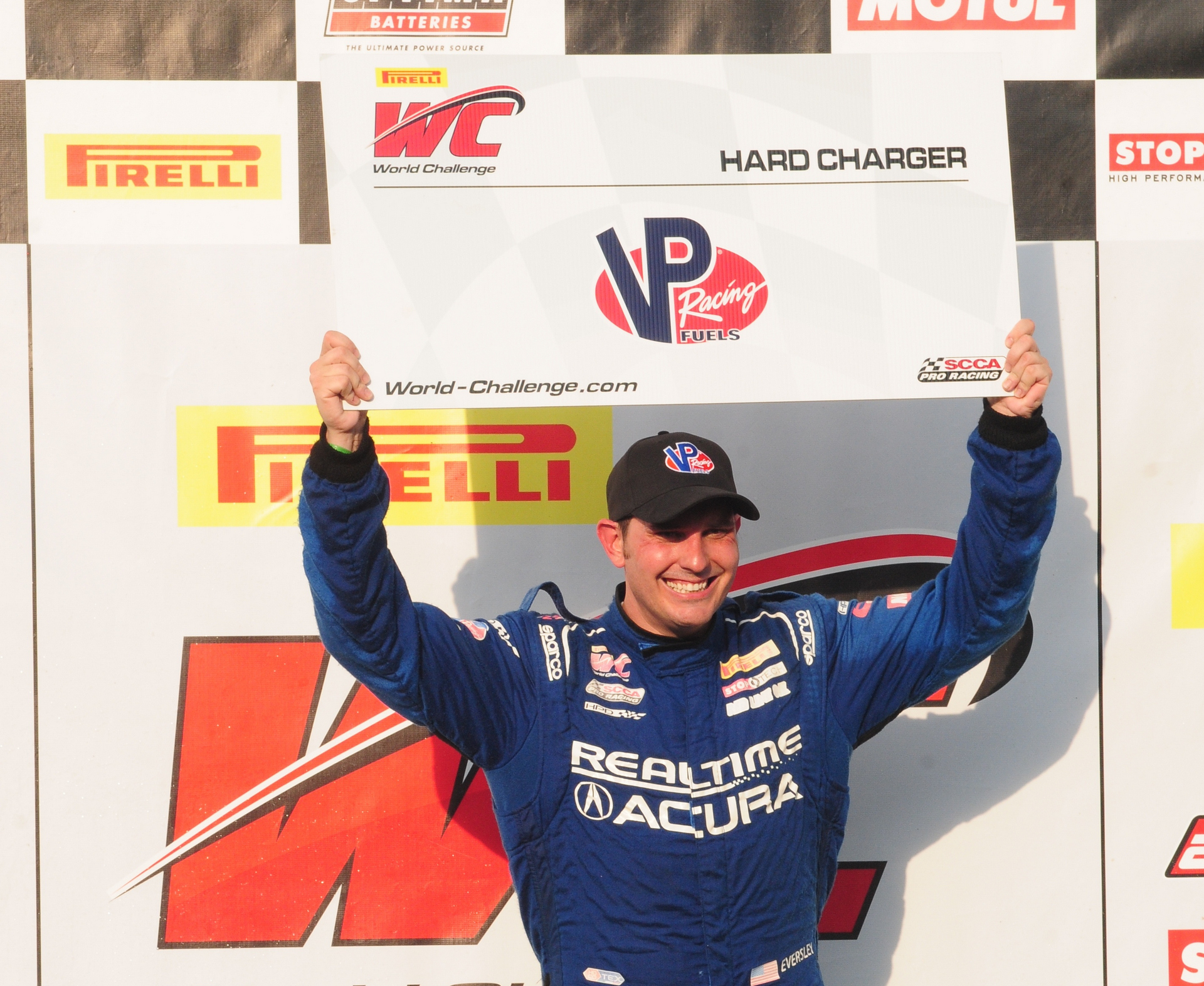 The outside of a corner is usually regarded as the long way through a turn, but RealTime Racing’s Ryan Eversley found the outside line of Turn One at Lime Rock Park to be the pathway to the sharp end of the field.

Eversley went to the outside of Lime Rock’s fast first turn on the opening lap of both Friday and Saturday’s Pirelli World Challenge GT races, making gains that led to a sixth-place finish on Friday and a fourth-place run on Saturday.

“I have one of the best engine guys in the business, and this RealTime Racing team and HPD has given this Acura TLX the power to make some things happen,” Eversley said. “We had a lot of guys looking for space on the entry to Turn One and I decided to stay on the outside, while everyone played the blocking game, and the TLX had enough power to allow me to stay on the outside and make up some spots.”

Eversley, who was running as a single-car entry after last week’s crash at Canadian Tire Motorsports Park left the team unable to repair his car in time, made up two spots on the first lap of Friday’s race and four places on Saturday’s opening tour of the 1.5-mile circuit. Friday’s performance earned Eversley the VP Fuels Hard Charger of the Race Award.

After Friday’s start, Eversley ran down Austin Cindric to move into seventh and was then promoted to sixth when Patrick Long was penalized for avoidable contact. Eversley ran as high as third in Saturday’s race, but settled for fourth as he led J.D. Davison’s Nissan GTR to the checkered flag.

“Ryan did a good job and finished in front of a lot of fast cars. He set up traffic well and ran two good races,” said team owner/driver Peter Cunningham, who yielded his seat to Eversley after last week’s accident. “To be down to one car wasn’t ideal, but it was the right decision for the team and Ryan really proved what a great car the Acura TLX is.”

“This was a great comeback weekend for the team,” said Lee Niffenegger, Senior Program Engineer, Honda Performance Development. “It was a great result on a track where we really shouldn’t have been very good. A tight track with corners like these isn’t ideal for this car, but Ryan did a great job holding on for a pair of top-sixes. We are looking forward to Road America (June 25-26) being better for the Acura TLX, and we look to keep our momentum going.

The day’s excitement was muted by a serious accident in the morning warmup as Andrew Palmer was unable to slow at the end of the frontstraight and hit the stricken car of Jorge de la Torre. Both were taken to Sharon Hospital, and then sent to Hartford for further treament.