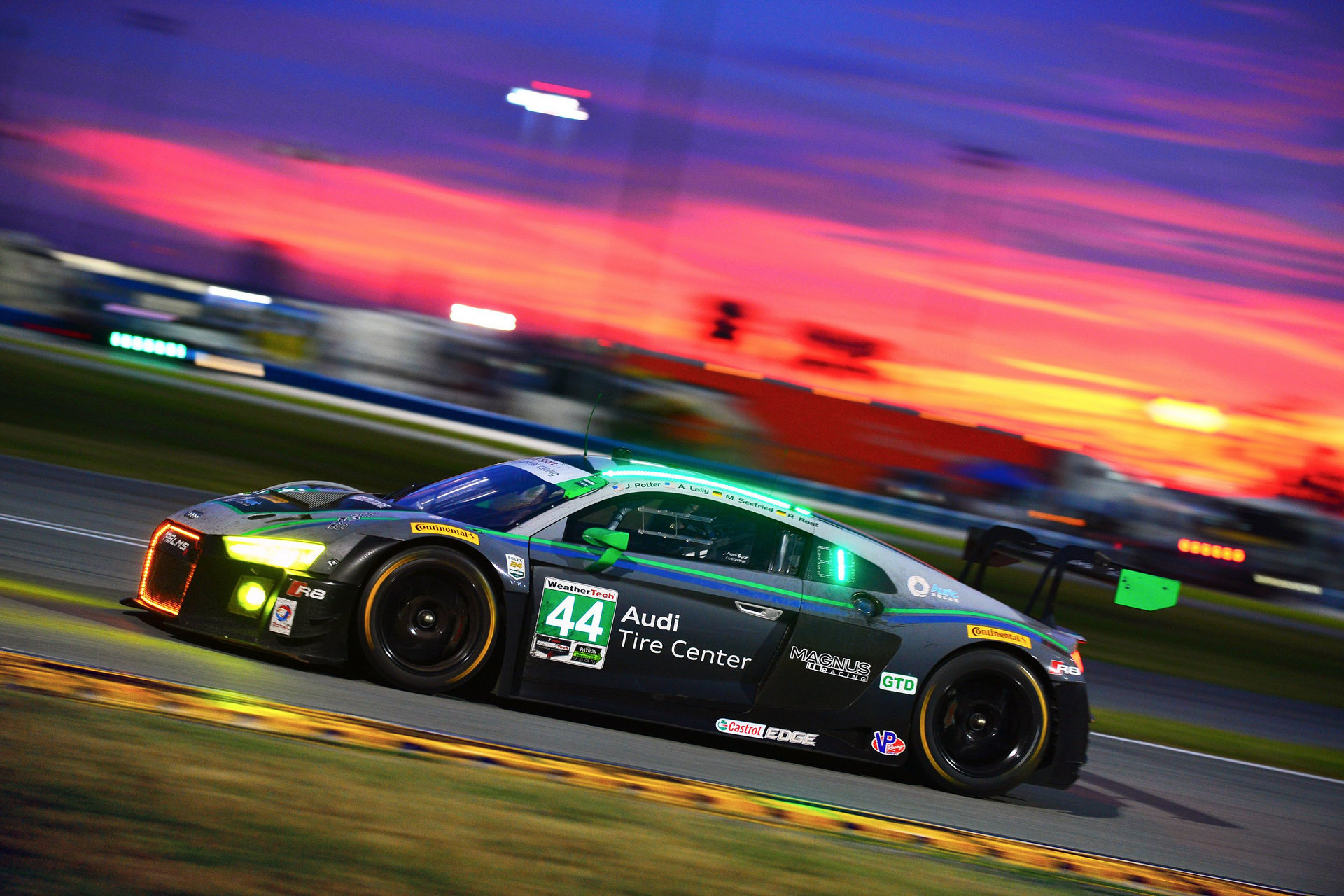 The #44 Magnus Racing Audi R8 LMS wins the twenty-four hour classic following a very exciting finish. In one of the closest finishes in endurance racing, owner/driver John Potter and drivers Andy Lally, Marco Seefried and Audi factory driver, Rene Rast, took the checkered flag after driving 703 laps with only a 3.048 second lead ahead of the second place car. The Audi R8 LMS which shares 50% of its parts with the 2017 Audi R8 production car wins its US racing debut.

In one of the most exciting and competitive races to kick off the IMSA 2016 season, the Audi R8 LMS took the checkered flag following a nail biting finish. Audi factory driver, Rene Rast, drove the final stint that required limiting fuel consumption to play out the team strategy in order to take the victory. The gap between the winning Magnus Racing Audi R8 LMS and the next car was only 3.048 seconds after twenty-four hours with the top three finishing on the same lap. 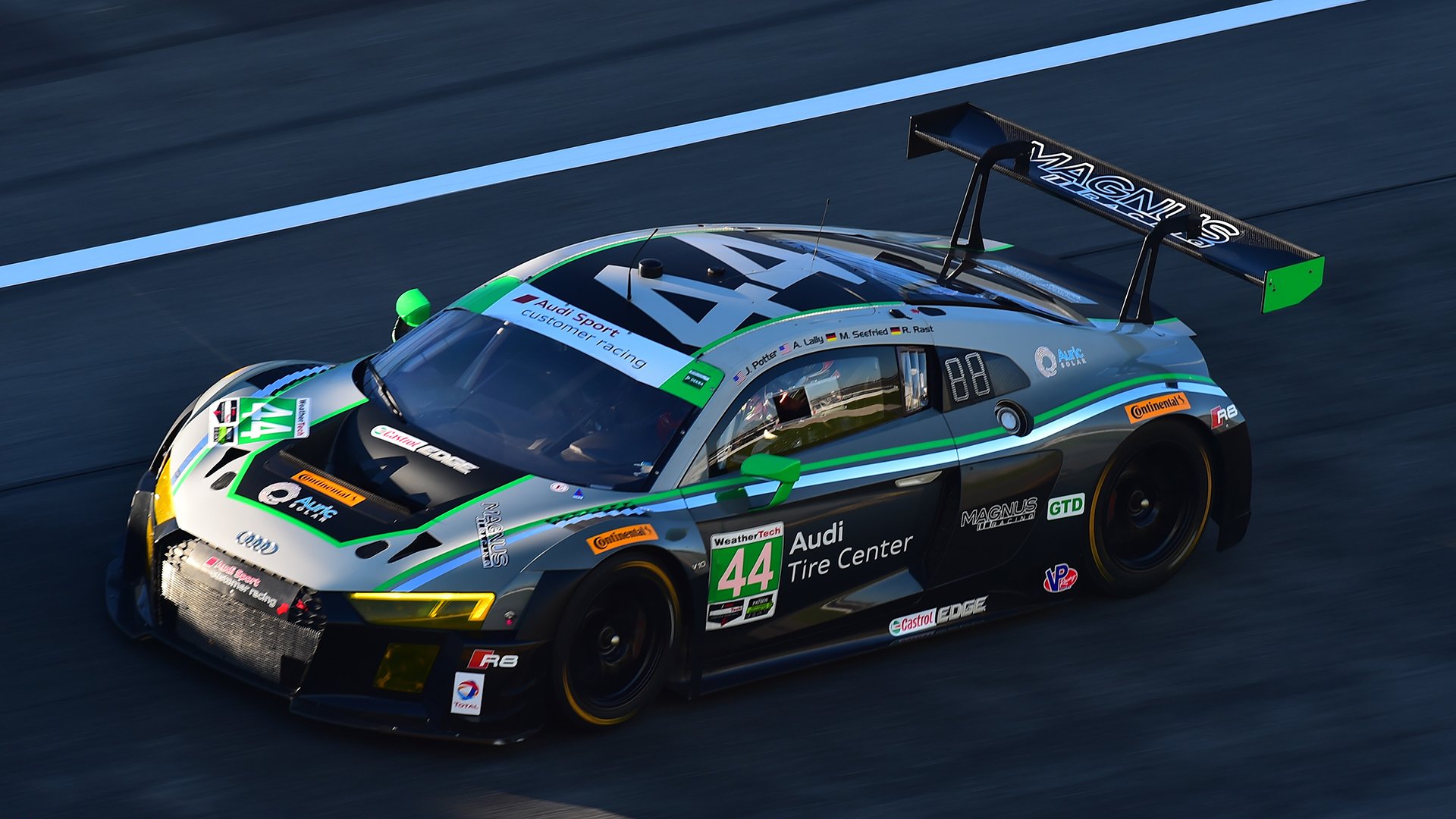 The #9 Stevenson Motorsports Audi R8 LMS fought back from last place following a tough start to finish 8th backed by its strong crews and drivers. The #6 sister car held the lead at several points during the race and finished a respectable 14th in the twenty-two car GTD category.

The #45 Flying Lizard Motorsports/Krohn Racing race car was struck by a prototype causing the team to retire after 513 laps in the 20th hour. Magnus Racing and Stevenson Motorsports will compete for the remainder of the season in the WeatherTech SportsCar Championship. The next race will be at Sebring International Raceway on March 19th.