After wrapping up its first Red Bull Global Rallycross Manufacturer’s Championship in Seattle, Volkswagen will add to season-ending celebrations at the series finale in Los Angeles with special liveries for its pair of Beetle GRCs, commemorating the launch of the 2017 Volkswagen #PinkBeetle—a new, limited-edition model of the iconic two-door coupe. 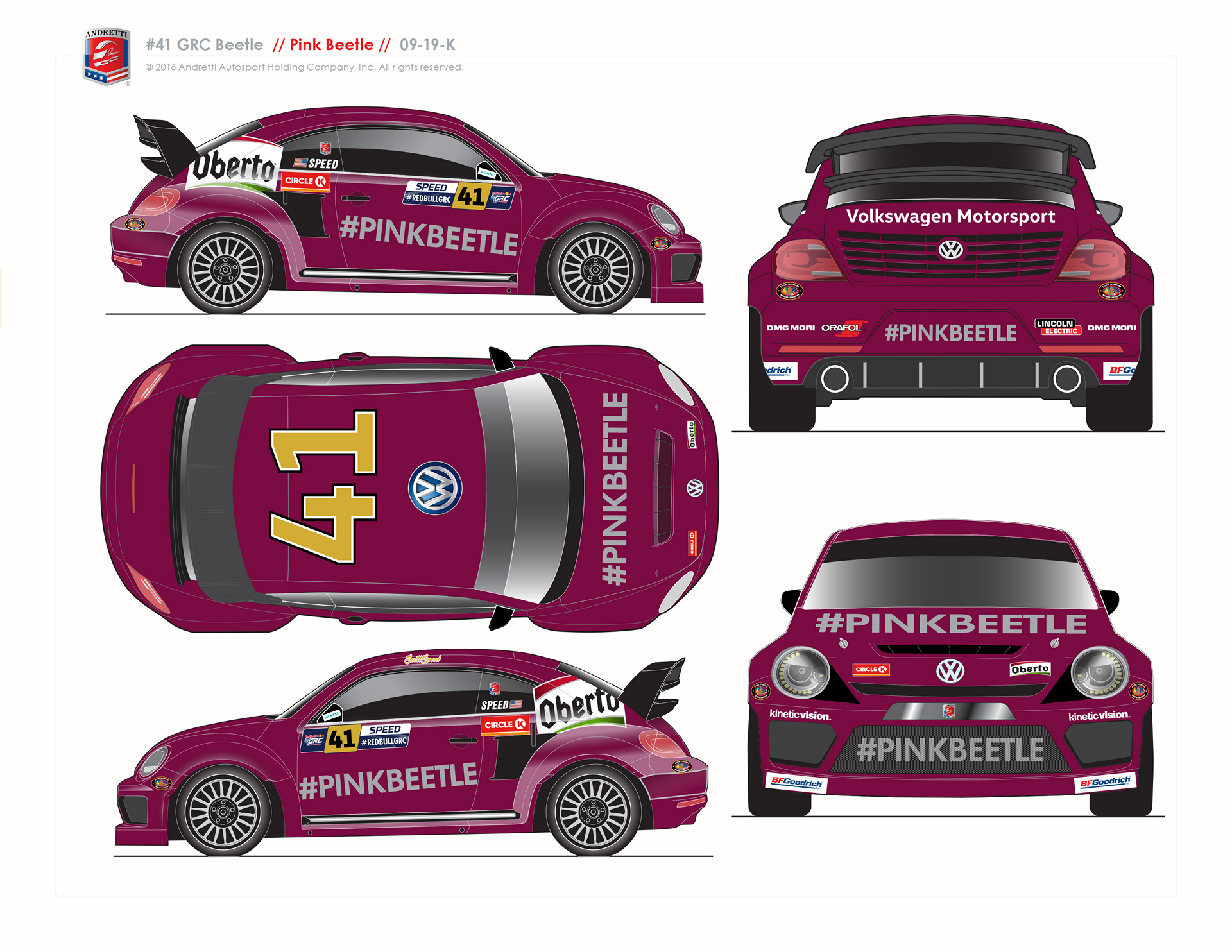 Reigning Red Bull GRC Champion, Scott Speed, will race in the No. 41 #PinkBeetle Beetle GRC, while current points leader, Tanner Foust, will compete in the No. 34 Rockstar Perfectberry™ Beetle GRC to increase visibility for The Pink Agenda—a nonprofit dedicated to raising awareness and money for breast cancer research and care among young professionals.

“We’ve had a lot of success with our Beetle GRC this season, so it will be fun to mark the end of the season with a fresh coat of paint,” said Scott Speed. “The #PinkBeetle already has lots of eager fans across the VW community, so I’m looking forward to adding some excitement to the launch of this special car with our 560-horsepower version.” 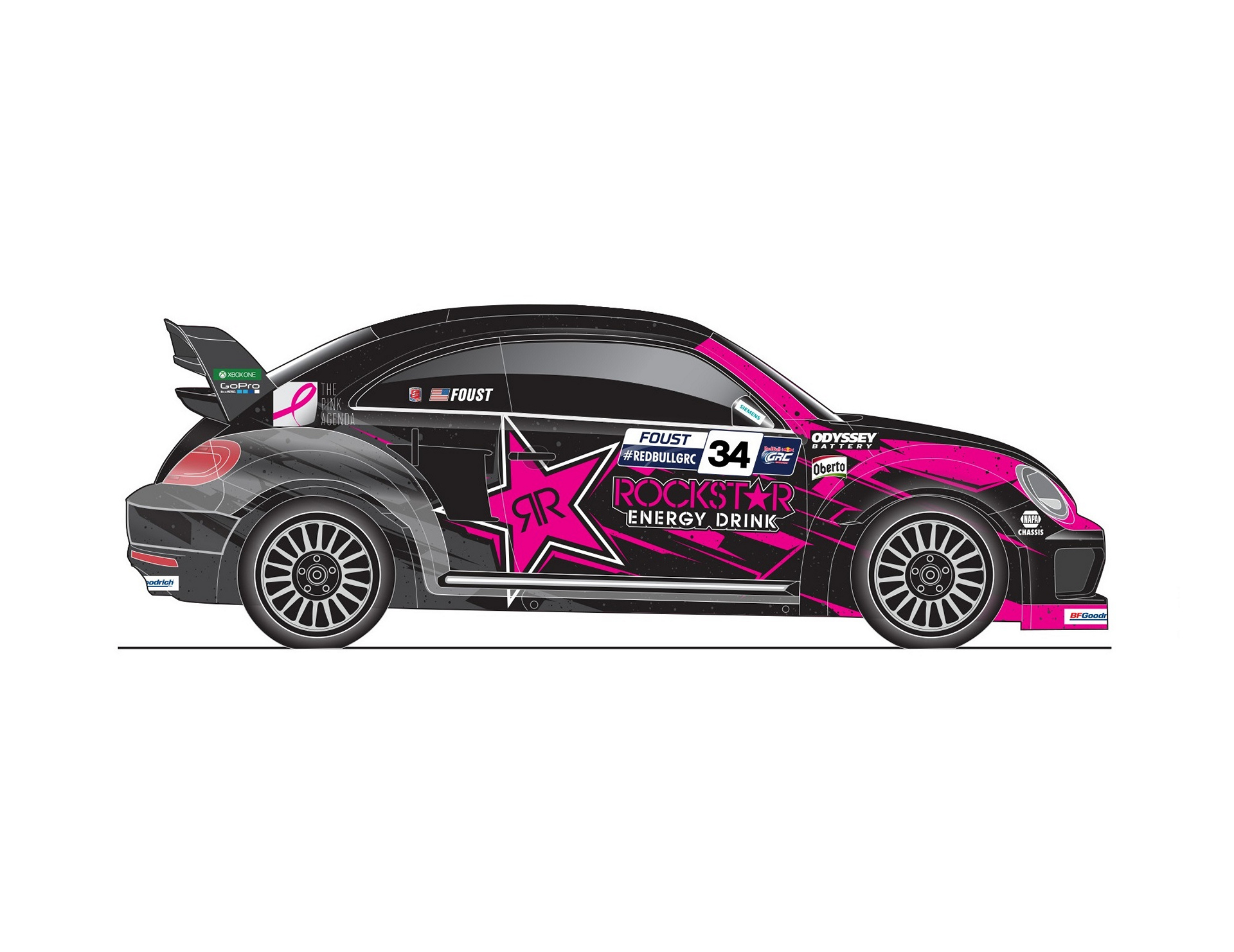 Tanner Foust will trade in his traditional black and yellow look for black and pink in LA, competing in the No. 34 Perfectberry Rockstar Beetle GRC. The pink-themed car will wear The Pink Agenda’s logo, increasing visibility for the organization’s cause.

“It’s an awesome opportunity to be able to support a great cause like The Pink Agenda through our racing,” said Foust. “The Perfectberry Rockstar Beetle GRC will be hard to miss out on the track and I’m looking forward to hopefully put it front and center—at the top of the podium.” 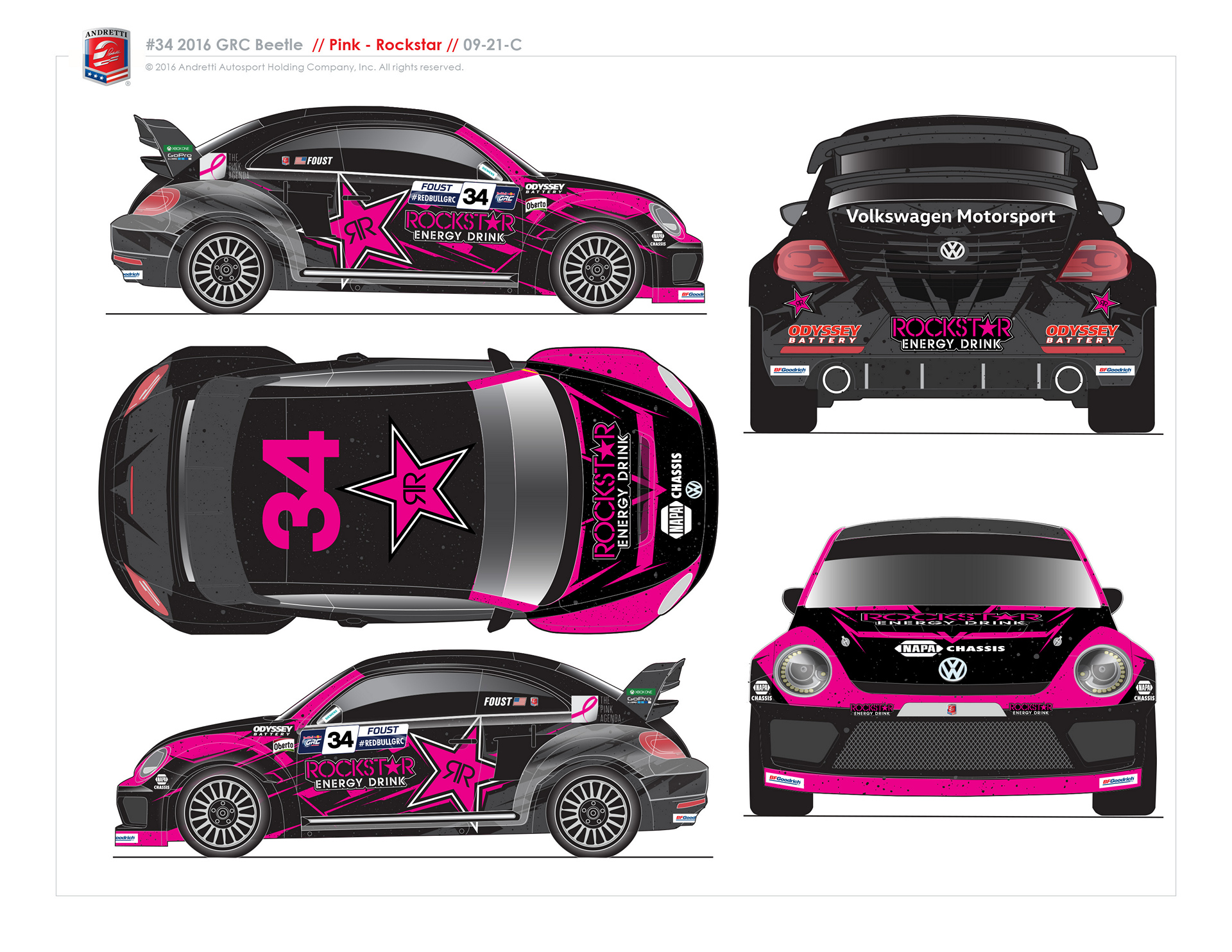 “The timing of the launch of the 2017 #PinkBeetle and our Red Bull Global Rallycross finale couldn’t be better. We’re excited to highlight this unique car by racing the striking color on track,” said Andretti Autosport CEO Michael Andretti. “Andretti Autosport has a strong tradition of raising awareness for cancer research and we’re happy to continue that good work with Volkswagen and Rockstar.”