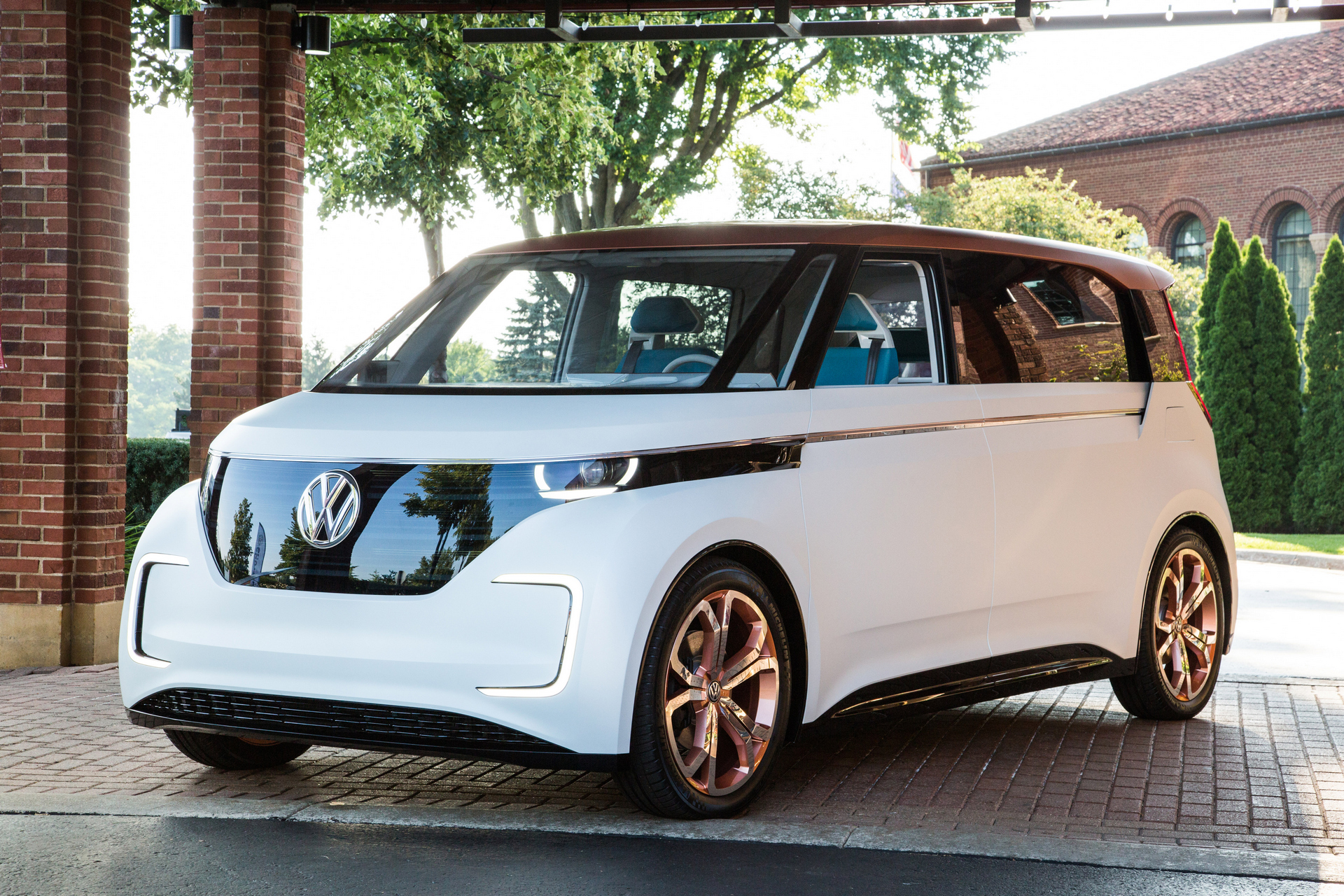 Volkswagen of America, Inc. is pleased to announce that the Volkswagen BUDD-e has been named “2016 Concept Truck of the Year” at the 15th Annual North American Concept Vehicle of the Year Awards. Judges recognized the all-electric microbus concept for raising the standards of automotive design, with features that address both the utility and mobility needs of the present and future. The award ceremony was held at the Concours d’Elegance of America at St. John’s in Plymouth, Mich., on July 31, 2016.

“We are thrilled that the BUDD-e has been honored as 2016 Concept Truck of the Year and would like to thank the panel of judges for recognizing Volkswagen’s innovation,” said Dr Hendrik Muth, Director of Product Marketing, Volkswagen of America, Inc., accepting the award. “We are determined to lead the future of automotive design, and BUDD-e shows the capabilities of our all-new electric vehicle architecture and further advances connectivity and infotainment.”

The first Volkswagen vehicle built using the company’s Modular Electric Toolkit (MEB), the BUDD-e captures the brand’s heritage, while offering a glimpse into the company’s next-generation connectivity, infotainment and EV technologies. The BUDD-e concept’s highlights include:

More than two dozen jurors participated in the selection process of the North American Concept Vehicle of the Year Awards. Twenty vehicles, each introduced to North America during this season’s auto shows in Los Angeles, Detroit, Chicago, Toronto, and New York, were judged.

The four award categories included: “Production Preview Vehicle,” “Concept Car,” “Concept Truck,” and “Most Significant Concept Vehicle.” The BUDD-e beat out three other finalists in the “Concept Truck” category, which assessed vehicles with the primary attributes of user-configurable cargo volume and weight capacity. “Most Significant Concept Vehicle” is chosen from among winners of the three other categories and is determined by the car with the highest total score.