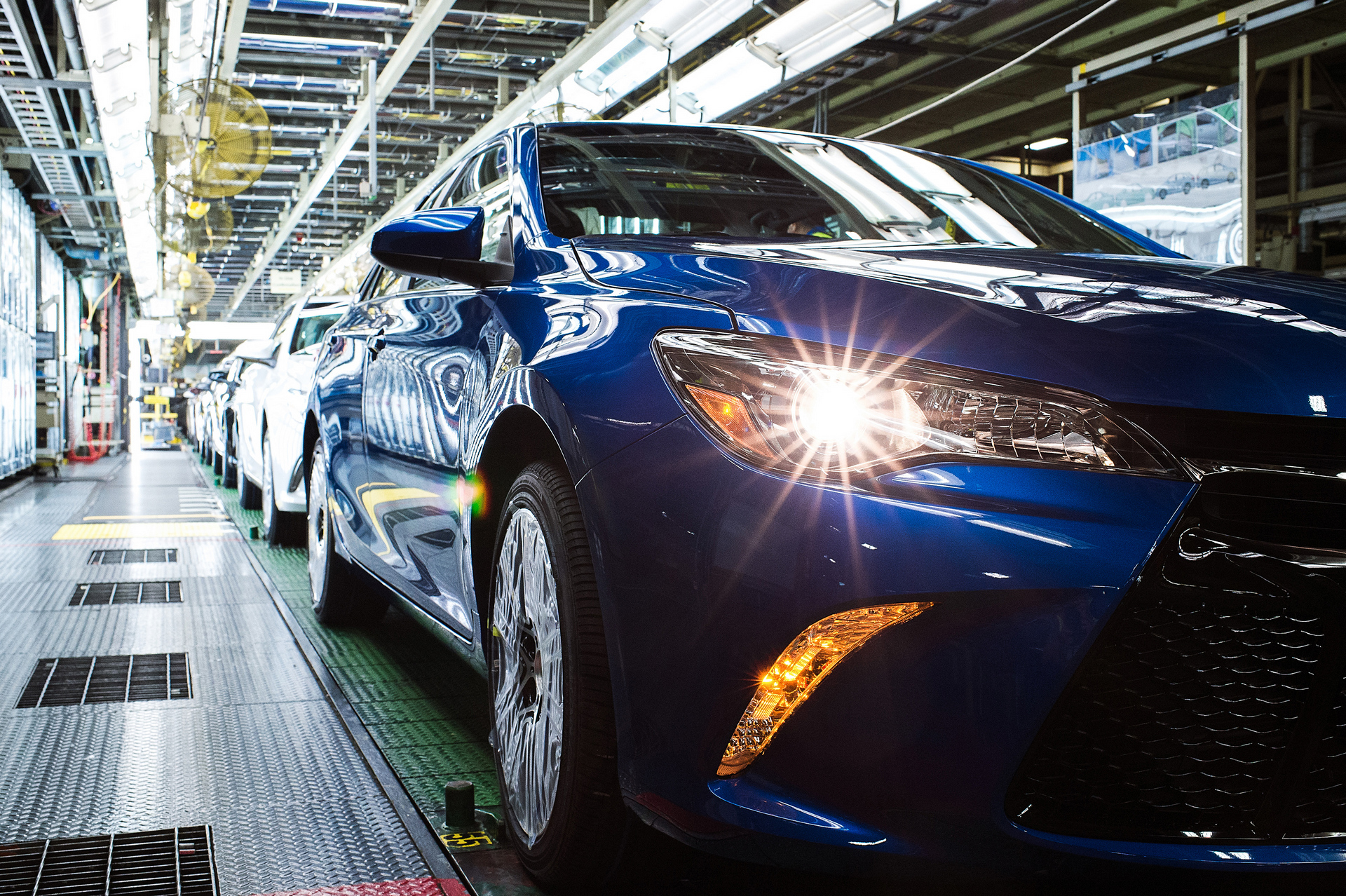 The best-selling car in America for 14 consecutive years is on another streak that recognizes its American symbolism: another award from Cars.com for most American-made. For the second year in a row and sixth time overall, the Toyota Camry claims the top position on Cars.com’s American-Made Index.

The Cars.com American-Made Index rates vehicles built and bought in the U.S. Factors include the percentage of parts considered domestic under federal regulations, whether the car is assembled in the U.S. and U.S. sales. Models with a domestic parts content rating below 75 percent are disqualified along with models built exclusively outside the U.S. or models soon to be discontinued without a U.S.-built successor. According to NHTSA, the U.S.-sold domestic content for Camry is 75 percent.

The Camry is assembled at Toyota Motor Manufacturing, Kentucky, Inc. (TMMK) in Georgetown, Ky., and more than 270 supplier locations in the United States provide content for the current generation. TMMK is Toyota’s largest vehicle manufacturing plant in the world with annual capacity to produce 550,000 vehicles and 600,000 engines.

“This recognition from Cars.com is a tribute to Toyota employees, not only those at the plant who build the Camry, but the broader Toyota team who design, engineer, market and finance the vehicle in the United States,” said Bob Carter, Toyota senior vice president of automotive operations. “We also support local suppliers and economies, and we have invested more than $6 billion into our Kentucky operations alone, which is growing with our new production engineering campus under construction there.”

Toyota’s Georgetown footprint covers more than 1,300 acres just north of Lexington, Ky., and the facility is 8.1 million sq. ft., a space equal to 169 football fields under one roof. In addition to Camry and Camry Hybrid, TMMK assembles the Avalon, Avalon Hybrid and Lexus ES 350, which began production last fall, the first time a Lexus vehicle has been produced in the U.S. The plant also produces axles, steering components, machined blocks, cylinder heads, crankshafts, camshafts and rods and axle assemblies. Since vehicle production began in 1988, more than 10 million vehicles have rolled off the Georgetown assembly line where full-time employment is nearly 8,000.

Toyota has a second vehicle on the Cars.com American-Made Index: the Sienna, assembled at Toyota Motor Manufacturing, Indiana in Princeton, ranks third. The Indiana plant celebrated its 20th anniversary in May.

In addition to manufacturing, a significant amount of design and engineering of both Camry and Sienna took place in the United States at Calty Design Research, Inc. and Toyota Technical Center (TTC), respectively. Calty is headquartered in Newport Beach, Calif., with a production design studio in Ann Arbor, Mich., and TTC is based in York Township, Mich. Both Camry and Sienna have American chief engineers.

Toyota has five assembly plants in the United States, which produced 1.34 million vehicles in 2015, and another five manufacturing facilities that produce vehicle engines, parts and components. Toyota annually purchases $35.3 billion of parts/components and goods and services in the United States.

Toyota has nearly 35,000 direct employees in the U.S., which includes nearly 25,000 in manufacturing.