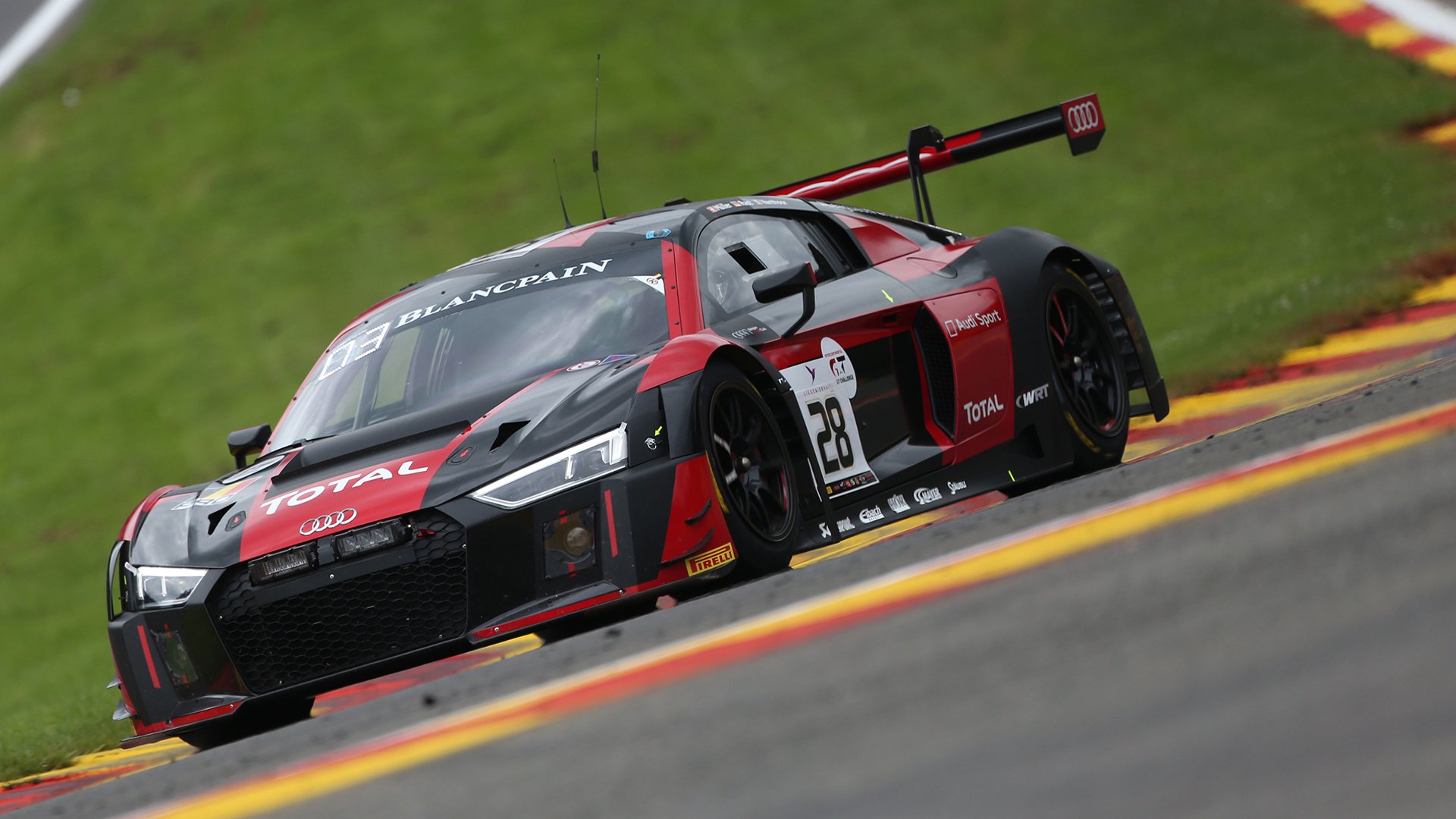 Fans of the 24 Hours of Spa saw one of the most exciting ever editions of the endurance classic. Audi was among the small group of favorites as the race entered its final quarter, but ultimately it was lady luck that decided the outcome. Four brands fought for victory in the closing stages, before a tire failure robbed Audi Sport Team Phoenix of any chance of victory.

A good team performance paid dividends once again at the 24 Hours of Spa. Audi was well represented in terms of quality and quantity in all three categories Pro, Pro-Am and Am by eleven cars fielded by four teams. In this way, Audi scored sufficient points in the manufacturers’ classification to win the prestigious trophy for automobile manufacturers for a third time in succession.

The fortunes that the Audi Sport customer racing squads experienced during the 24 Hours of Spa were epitomized by the race adventure of the Audi R8 LMS with start number 28. Starting from pole position, the factory supported GT3 sports car from Neckarsulm took its turn at the head of the field during the opening stages, when a competitor slid into the rear end after five and a half hours. The repairs dropped René Rast and his team mates from Audi Sport Team WRT three laps down to 42nd place. By the closing stages of the race affected by many full course yellows and ever changing weather conditions, the driver trio had fought its way into the top three. The fastest race lap set by local matador Laurens Vanthoor underlined the team’s ambitions.

“That was hard work. Congratulations to the Belgian Audi Club Team WRT and its drivers who never gave up,” said Chris Reinke, Head of Audi Sport customer racing. “They fought hard and fair for a podium finish, which our second factory supported team would have deserved as well.” Audi Sport Team Phoenix and its drivers Christopher Mies/Frank Stippler/Markus Winkelhock repeatedly held the lead as the race entered its final quarter. The German driver squad were always in the top three and within striking distance of the leader when fate intervened on lap 426. A tire failure caused a fire that ended the speedy race prematurely.

The Audi customer teams fielded nine other race cars at Spa. Team I.S.R. Racing from the Czech Republic was successful in the Pro-Am class. Philippe Giauque/Henry Hassid/Nicolas Lapierre/Franck Perera (CH/F/F/F) were delighted about second place in this category after 24 hours of racing. With Saintéloc Racing’s seventh place, Team WRT in eighth and I.S.R. Racing in ninth position, four Audi R8 LMS finished in the top ten – more single sportscars than of every other brand.

“Our teams gave their all and represented the Audi brand well at Spa,” concluded Chris Reinke. “We wish them as well as our other customer teams contesting other championships continued success throughout the remainder of the season. This year several of our customer teams are still fighting around the world for championship titles.”