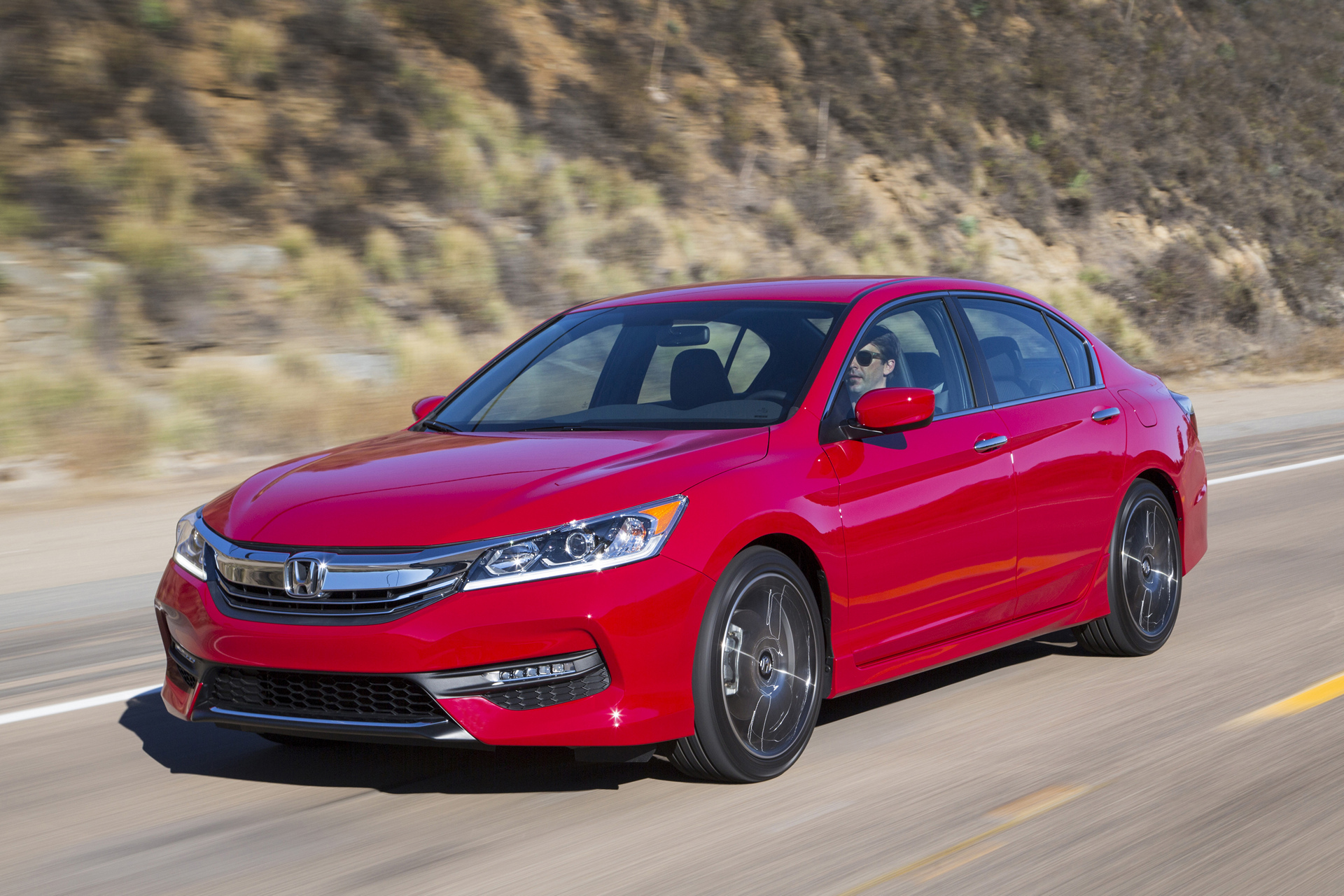 The 2017 Accord Sedan and Coupe hit showrooms this Monday with a new Sport Special Edition, ready to continue Accord’s three-year streak as the most popular car in America with individual retail car buyers.

Retaining many of the popular enhancements introduced last year, the 2017 Accord will be available starting June 27 at Honda dealerships nationwide with a manufacturer’s suggested retail price (MSRP) starting at $22,3551.

The 2017 Accord Sedan and Coupe are available in a variety of trims, with 4-cylinder and V6 powertrains, 6-speed manual and 6-speed automatic transmissions, and a continuously variable transmission. For 2017 Honda is introducing the Accord Sport Special Edition sedan with premium features consisting of leather seats with red stitching, heated seats and “Special Edition” badge. The significantly refreshed 2017 Accord Hybrid, featuring a new version of Honda’s two-motor hybrid powertrain technology with both class-leading power and fuel economy ratings, rounds out the 2017 Accord lineup as it launched earlier this month.

The Accord received significant upgrades for the 2016 model year, including dynamic new styling, a more rigid body, upgraded chassis and upsized wheels and tires on select models. The 2017 Accord carries over the expanded LED exterior lighting and premium features and technologies of the 2016 model, including the available 7-inch Display Audio touchscreen offered with Apple CarPlay™ and Android Auto™, HD Radio®, heated rear seats, and front and rear parking sensors. The Accord also can be equipped with Honda Sensing™, among the most comprehensive suites of advanced safety and driver-assistive technologies in its class.

“Accord continues to set the bar in its class with customers making it the top retail selling car in America for three years running,” said Jeff Conrad, vice president Honda division. “We’re proud to offer an expanded lineup with the new Sport Special Edition and the 2017 Accord Hybrid as we continue to advance Accord’s position as a true benchmark in its class, offering an unbeatable combination of style, efficiency, fun-to-drive performance and connectivity in the midsize sedan segment.”

The 2017 Accord Sedan and Coupe, with Honda’s next-generation Advanced Compatibility Engineering™ (ACE™) body structure, has received the highest available crash safety ratings from the U.S. government – a 5-Star Overall Vehicle Score from the National Highway and Traffic Safety Administration (NHTSA) – and targets a top rating of TOP SAFETY PICK+ from the Insurance Institute for Highway Safety (IIHS), when equipped with Honda Sensing technology.

2017 Accord Sedan and Accord Coupe Pricing and Fuel Economy Ratings