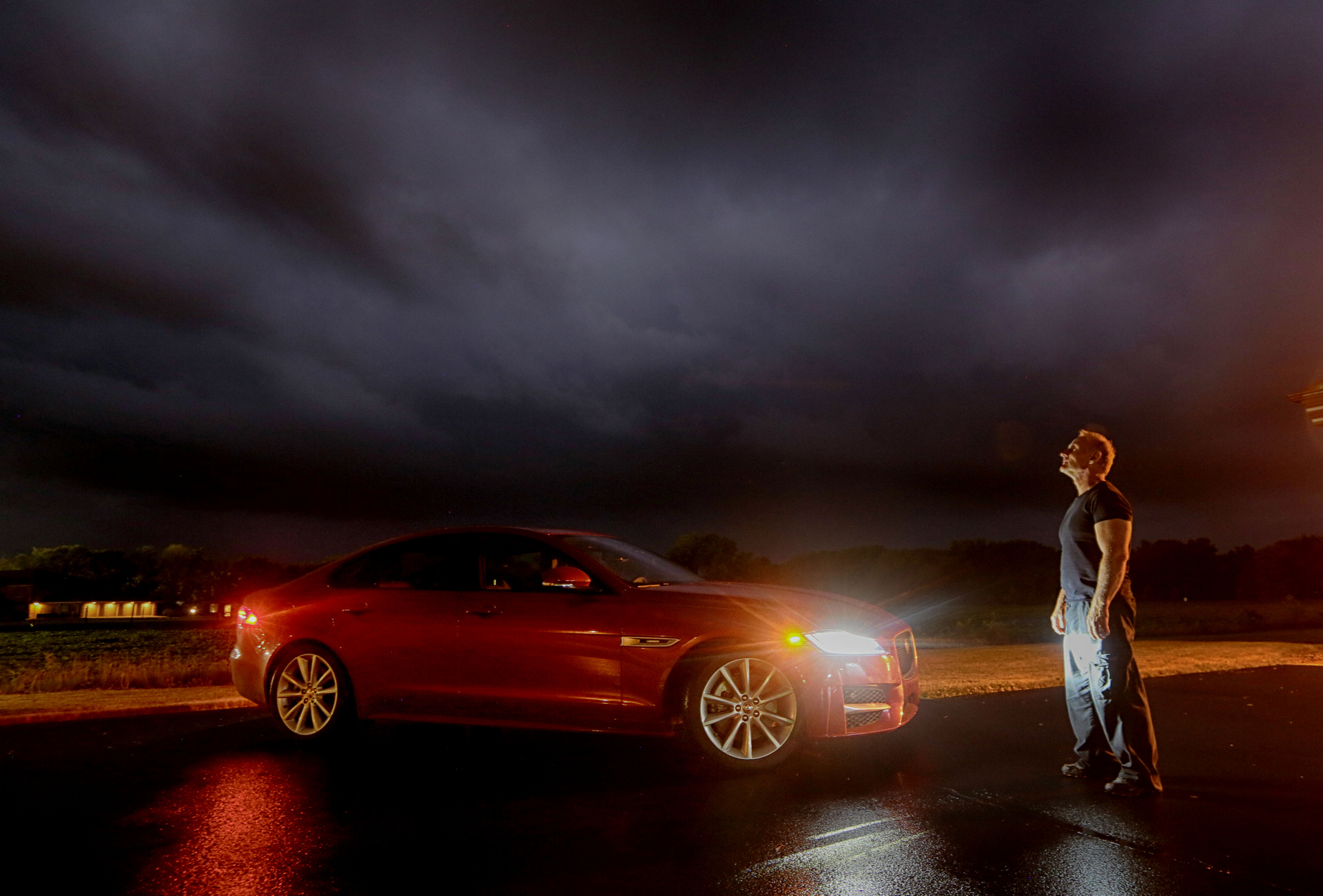 Storm chaser ‘Tornado Tim’ Baker drove the Jaguar XF through America’s Midwest in search of a tornado as this year’s storm season came to a dramatic close.

Storm chaser ‘Tornado Tim’ Baker drove the Jaguar XF through America’s Midwest in search of a tornado as this year’s storm season came to a dramatic close.

A storm chaser’s role is vital to help predict tornadoes and save lives, so the XF was the perfect mobile lab for the chase team to catch their tornado and collect vital data.

The chase, which covered 2,000 miles of highway and farm tracks through seven US states, saw the XF evade baseball-sized hailstones and drive through floods and high winds before intercepting a twister on the Iowa-Illinois border.

After the encounter, Baker said: “Storm chasing is all about getting to the right place at the right time – and also staying out of trouble. It has been an interesting year for storms and it was great to try this car out as the season came to a close.”

“It took us a while to track one down, but when the weather map delivered, the car did too. The navigation and in-car Wi-Fi, which allowed us to connect our multiple devices, worked brilliantly in the chase. The all-wheel-drive capability was also excellent as we travelled through rain and floods on loose gravel roads.”

The chase began with the biggest storm of the 2016 season looming over the American Midwest, with a potential 95 million people in its path. It took Tim from Denver, Colorado, right up into Minnesota and down to Illinois.

Tornado chasers like Tim, and the vehicles they use, are a vital part of the modern network of weather warning. Having people on the ground to confirm the storms and analyse their path can help experts study them and predict future disasters.

The AWD XF found its twister when Baker intercepted a Category EF 0 (60-70 mph winds) tornado, two hours west of Chicago. The storm drenched the region, flooding roads and scattering debris, but the car coped brilliantly with the dirt roads and slippery highways.

Kevin Stride, Vehicle Line Director for Jaguar XF said: “This was a real showcase for the XF’s capabilities. Tim was able to view storm data on the car’s 10 inch touchscreen and use the world-class In-Control Touch Pro navigation system to find them while travelling in comfort.”

“When the weather deteriorated, the car’s all surface capability with Adaptive Surface Response and torque on demand all-wheel-drive came into its own. The XF’s AdSR was able to fully exploit all available traction by altering mapping of the throttle, automatic transmission and DSC system to give confidence on the gravel tracks and cope with extreme flooding and high winds.”

“As expected, the tornado chase provided some extremely diverse challenges and we knew this would be a real genuine test for the XF, so we were delighted to see it handle all the conditions with ease…and come back in one piece.”