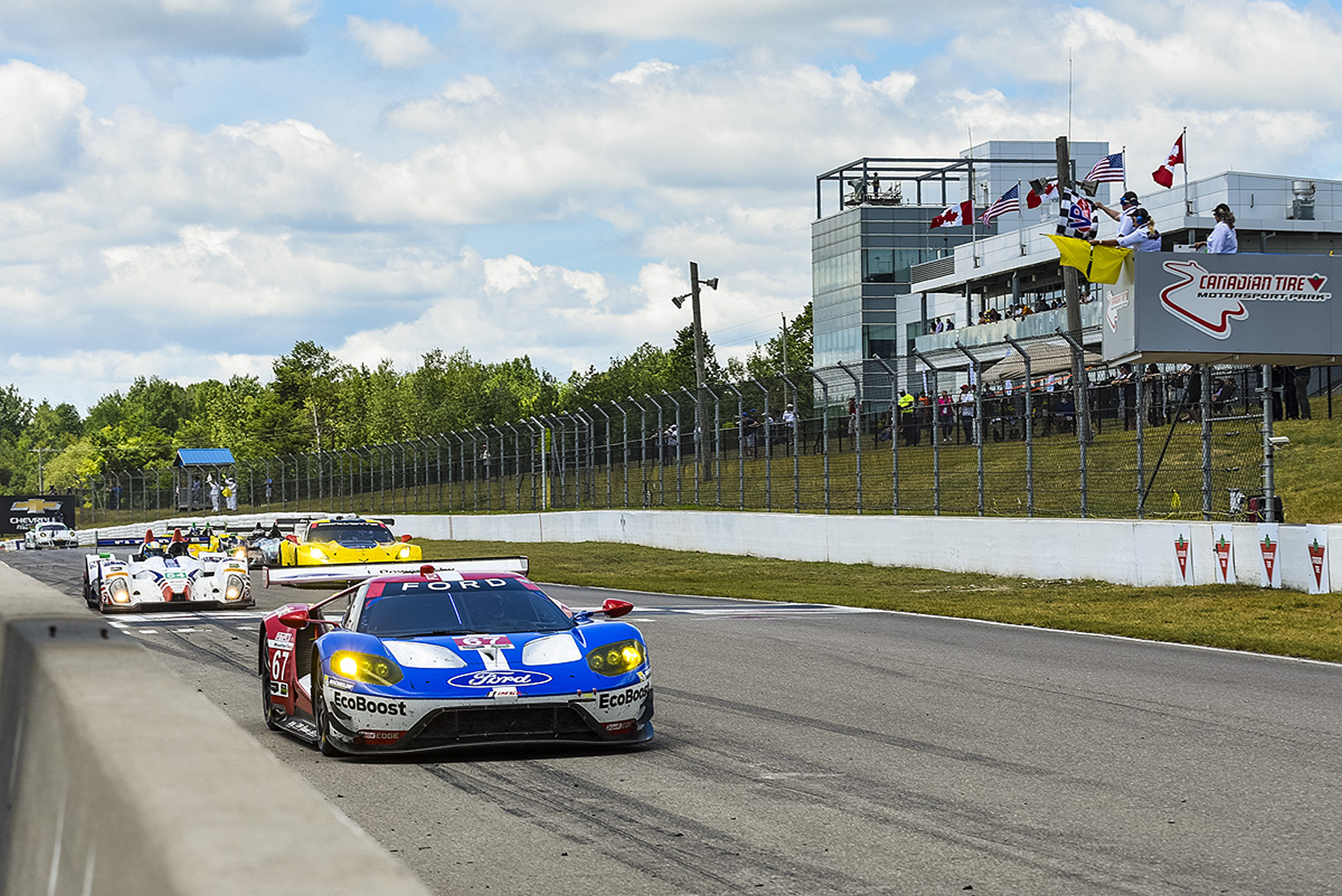 Ford Chip Ganassi Racing earned its second win in two weeks behind a brilliant pit strategy and the strength of its Michelin tires.

For the second race in a row, the No. 67 duo of Richard Westbrook and Ryan Briscoe stood atop the winners’ podium, this time at Canadian Tire Motorsport Park near Toronto. It’s their third win together and fourth overall for the team.

“We had a good car. We didn’t have the fastest car,” said Westbrook, who qualified and started the No. 67 at p3. “I think when you can come away with the victory when you’re not the fastest car, it just shows you the strength and depth we have at Ford Chip Ganassi Racing.”

The No. 67 chose to split with the GTLM pack and take only fuel on their last pit stop, shortening their time on pit lane. Despite stopping, they retained their lead and their faith in their Michelin tires paid off with a win.

“It was a great call (to only take fuel on the last pit stop),” Westbrook said. “Ryan had to do a hell of a job to hang on in the end and he did great. We’re just delighted that we have this momentum. Winning does become a habit they say, and it feels like it now. It’s pretty surreal.”

Westbrook and Briscoe teamed up for Ford GT’s first win at Laguna Seca in May. Then it was their teammates’ turn, as Joey Hand, Dirk Müller and Sébastien Bourdais finished first at the Le Mans 24. Watkins Glen saw Westbrook and Briscoe return to Victory Lane at the Sahlen’s Six Hours of The Glen.

“I don’t think we were the quickest car out there this weekend, but it was great to get the win on strategy and consistency,” Briscoe said. “When we pitted off-strategy before that, with an hour, 20 minutes to go, we thought we’d go all the way to the end on those tires. We were out of the window on fuel, but we thought if we caught some yellows and save fuel we’d be able to make it. We got that short yellow, but that wasn’t going to put us in the window on fuel. Everyone else pitted under green after that. We saw we had the opportunity to take a splash of fuel to be safe and come out with the lead still, with a little bit of a gap. The call the team made was fantastic. I was just trying to hang on and it worked out.”