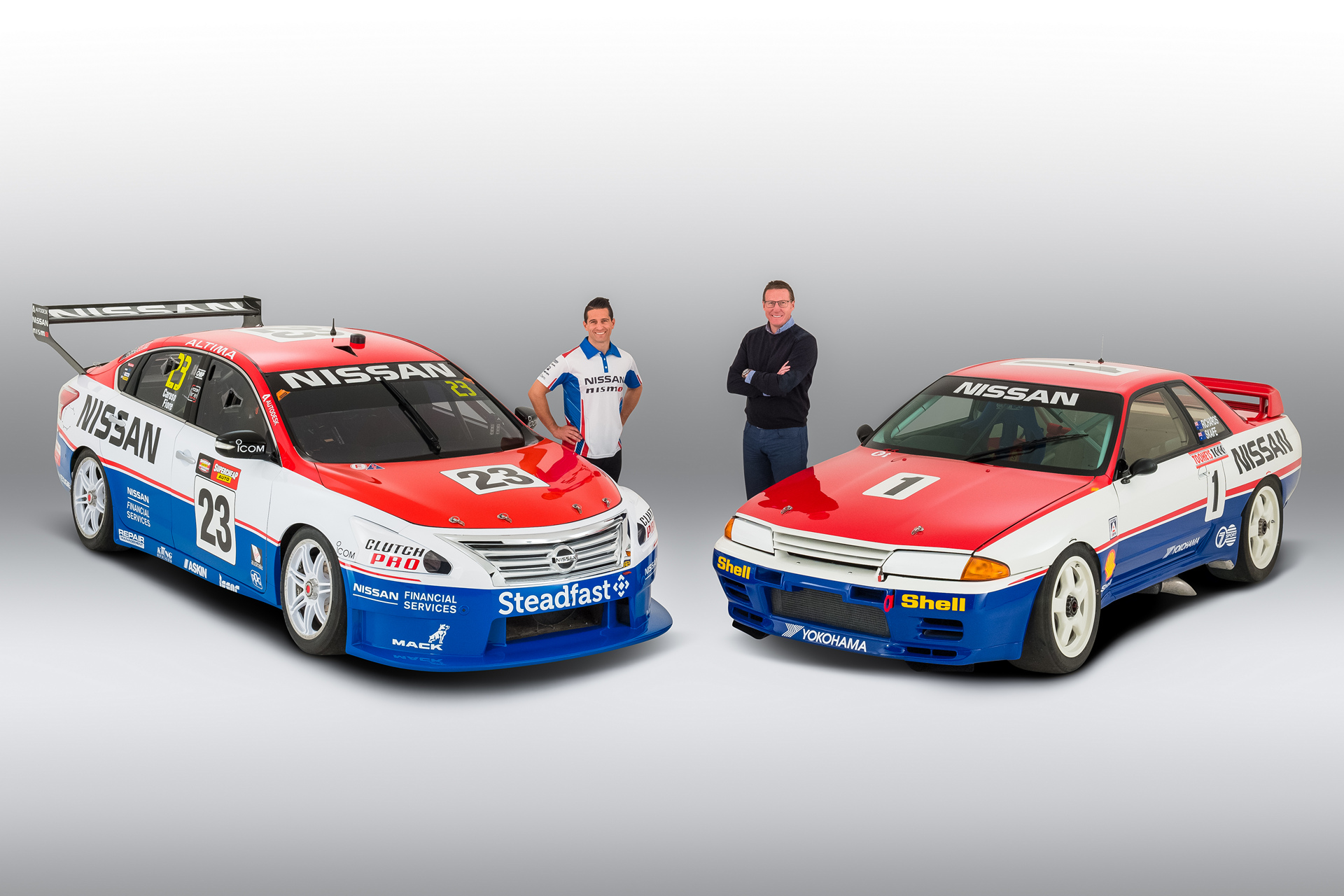 Nissan will celebrate 25 years since its first Bathurst 1000 victory at this year’s edition of “The Great Race” at Mount Panorama in Australia. 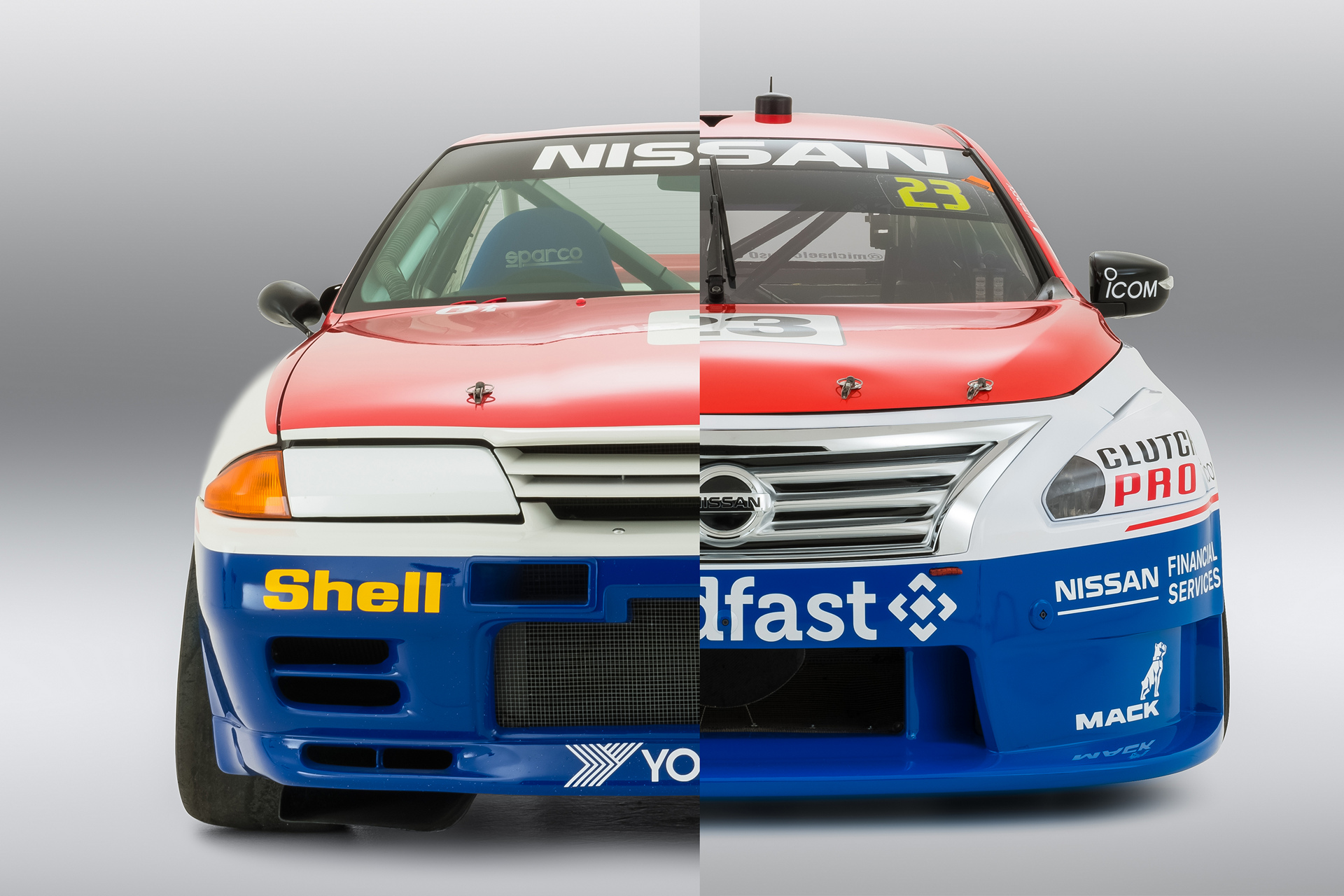 The #23 NISMO Nissan Altima Supercar of Michael Caruso and Dean Fiore will race in the classic red, white and blue color scheme of the 1991 Bathurst 1000-winning Nissan GT-R R32 at the 2016 Bathurst 1000 on October 6 to 9, a quarter of a century after Mark Skaife and Jim Richards dominated the same race.

It will be the third consecutive year that Nissan will celebrate its Australian Touring Car Championship (ATCC) heritage. Caruso’s Altima ran in the colors of George Fury’s 1984 Bluebird in 2014, celebrating the manufacturer’s first Bathurst 1000 pole position. The #23 Altima then raced in the colors of Jim Richards’ HR31 Skyline last year, celebrating 25 years since the first ATCC title. 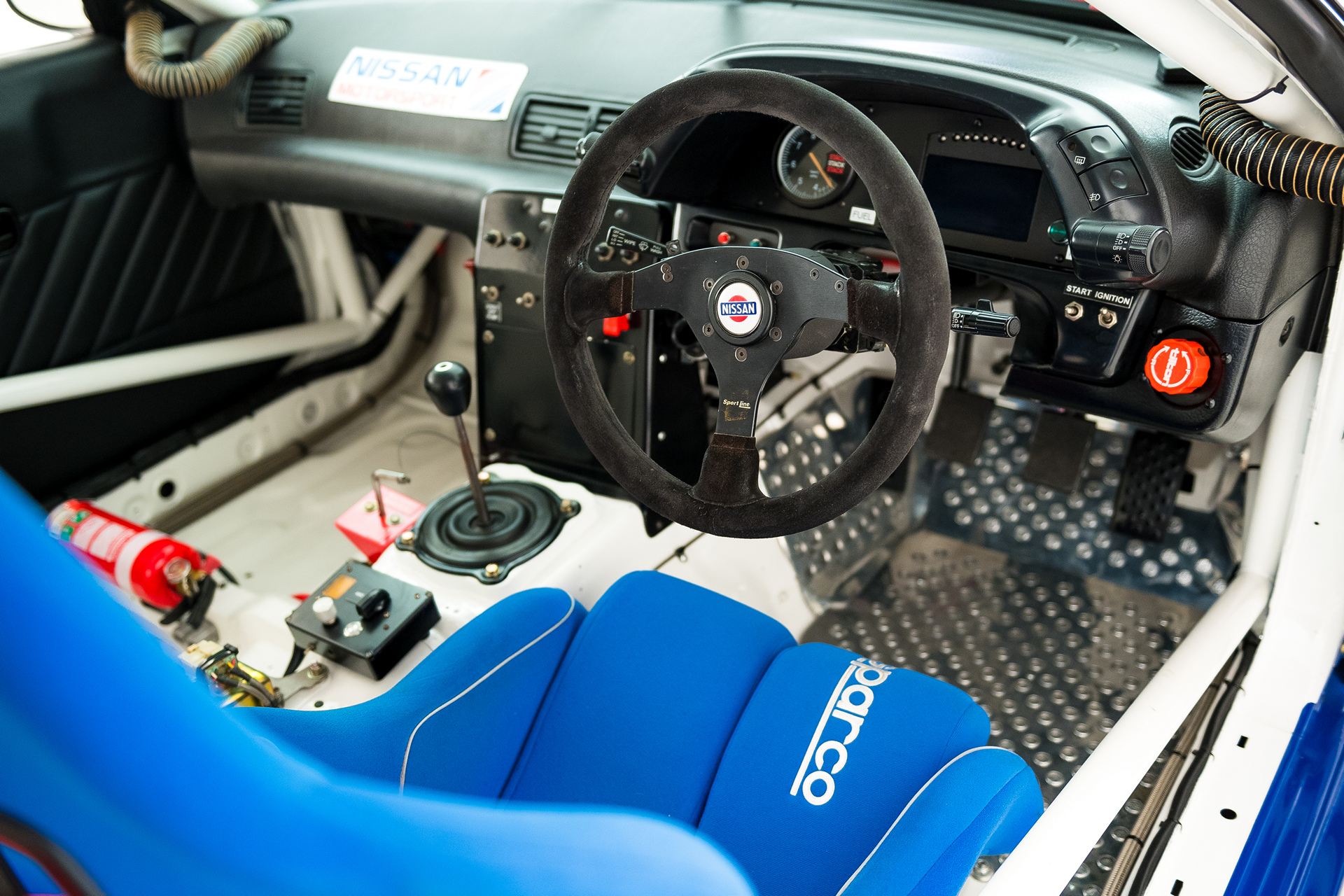 The R32 GT-R was untouchable in 1991. Richards and Skaife finished first and second respectively in the Australian Touring Car Championship before going on to record a dominant victory in that year’s Bathurst 1000. The crushing performance of the car was underlined by its overall race time – 6 hours, 19 minutes and 14.8 seconds – a record that would remain untouched for 19 years. 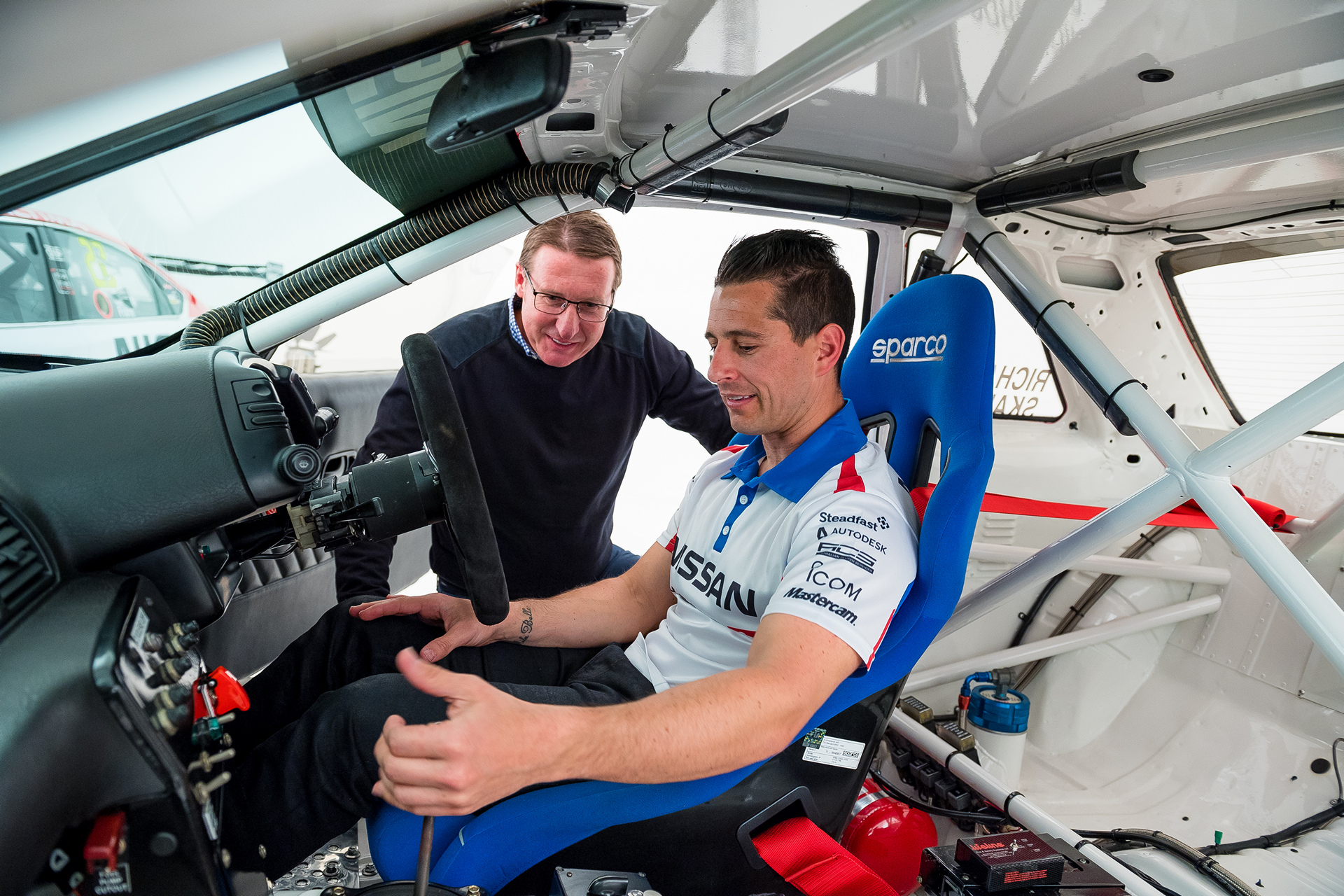 Skaife, then a rising star in Australian motorsport, went on to become a household name by winning five Australian Touring Car Championships and six Bathurst 1000 crowns. He says that his first win in 1991 aboard the almighty R32 was a life changing experience.

“Twenty five years on and some of the best memories of my life,” said Skaife. “To win my first Bathurst with a legend like Jim Richards in the Nissan GT-R was just fantastic. It was a life changing moment to win the biggest car race in this part of the world. The 1991 race was fantastic because we could press on all day. It was the fastest race in history at the time and it was just a faultless day by not only the team, but the way the car ran. It was an amazing experience and a great result for the Nissan Motor Company. I think it’s a great connection for Michael to run this livery as a consequence of the GT-R and the way the Nissan Motor Company has been long-term supporters of car racing in Australia. I love the look of it and I’m sure ‘Richo’ will have a tear in his eye also.” 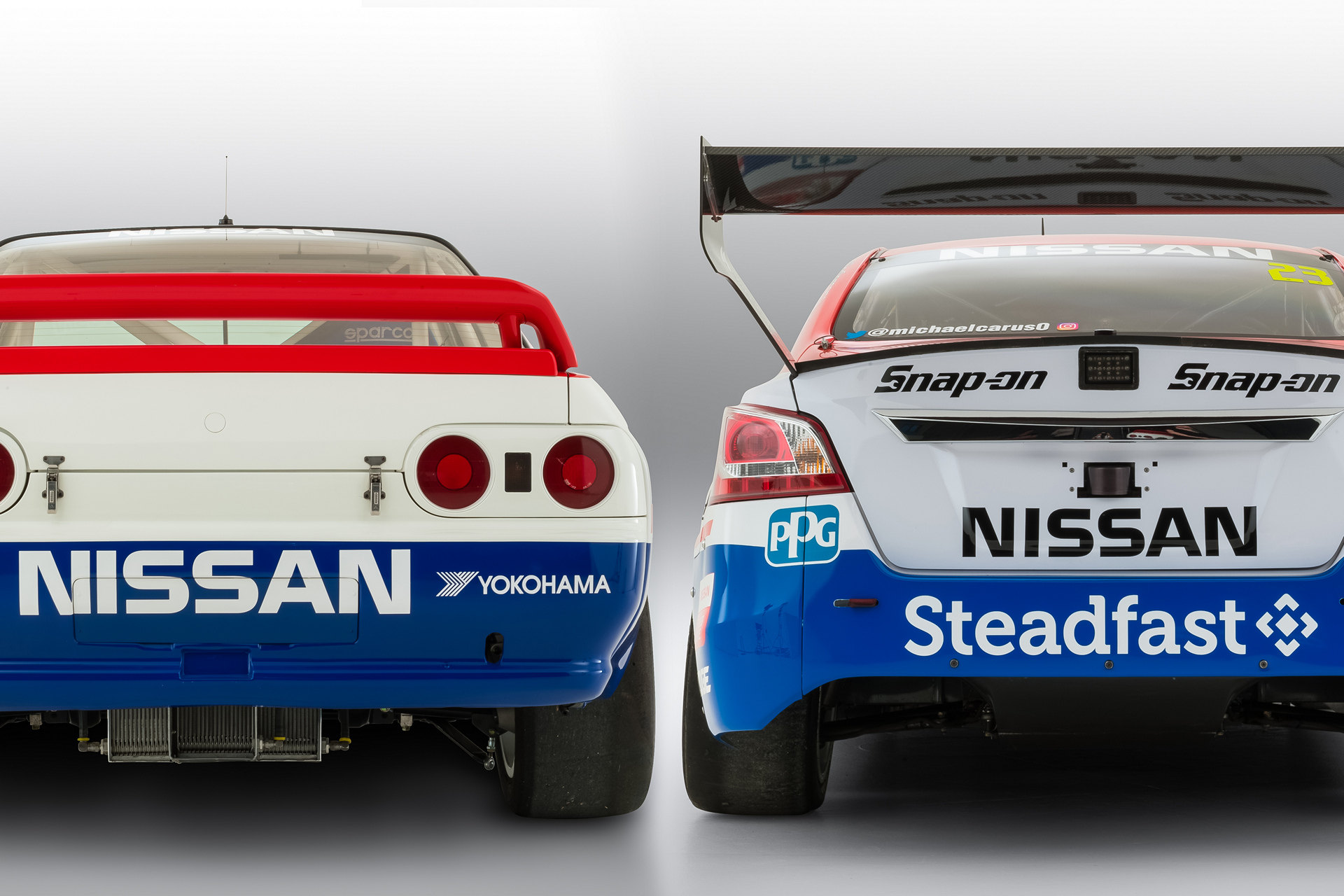 Caruso said he is honored to campaign his #23 Nissan Altima Supercar in arguably the manufacturer’s most famous war paint.

“It’s definitely the Nissan livery that I’ve been looking forward to the most,” said Caruso. “There’s no doubt about how important and how successful the GT-R was and to have the same colors on my car at Bathurst is something very special. We’re going to Bathurst with the best chance for success we’ve ever had. In the four years since Nissan has been back in Supercars, this has been my strongest year. We’ve had a race win and a couple of podiums, so hopefully we can go to the mountain and do what it takes.”